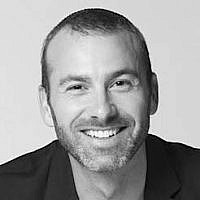 The Blogs
Josh Wine
Apply for a Blog
Advertisement
Please note that the posts on The Blogs are contributed by third parties. The opinions, facts and any media content in them are presented solely by the authors, and neither The Times of Israel nor its partners assume any responsibility for them. Please contact us in case of abuse. In case of abuse,
Report this post. 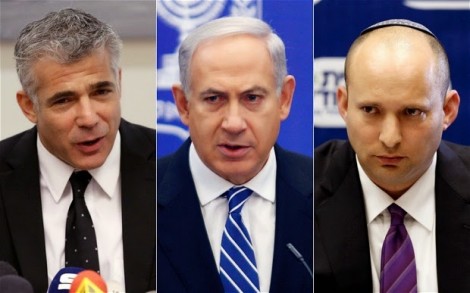 To those of us who have come to Israel from the UK or the US, the local electoral system appears to have been designed by an evil genius. It produces governments that are Frankenstein’s Monsters of conflicting interests, held together by the ephemeral bonds of flattery, bribery and appeasement. For a country facing the most difficult strategic challenges a state could ask for, maintaining our current system is a folly we can ill afford.

Yet despite the broad agreement about the failings of the current system, there is no consensus on what should replace it. Various “tweaks” have been suggested – raising voting thresholds, for example (something that has already been attempted several times), or mandating that the leader of the largest party be given first shot at forming a government. Neither these tweaks nor any others, however, will change the malignant dynamic of Israeli democracy. What is needed is root and branch reform.

Fortunately, we do not have to look far for a solution. The past centuries offer us an experiment in democratic organization, and the results are long in. We have a winner. It is the system that characterizes the world’s most stable and successful democracies. It is — personal, district-based elections.

Why is this answer not obvious to Israel’s commentariat? Well, they argue, Israeli society is uniquely diverse and all that diversity cannot be contained in a “winner takes all” electoral system. We hear things like: “Israel is home to a diverse society that is still developing … we must ensure that large parts of society do not view themselves as unrepresented due to the electoral system.”

While this objection to district-based elections is intuitively plausible at first blush, more considered analysis reveals its weakness.

If “diverse societies” are incompatible with district-based elections, what are we to say of the United States? The American political system has been stable since 1865, even though that nation is – like us – a nation of immigrants, with passionately opposed views on a wide range of issues. Are anti-abortionists in America disenfranchised? Are opponents of gun control, or environmentalists, blacks, Amish, Irish, Jews, Catholics, Evangelicals or supporters of gay marriage? Would America be better off if each of these groups had its own party? Clearly not.

How then can all these groups find representation in a system of just two parties? (And why should we believe the same could be true of the various groups in Israeli society?)

Why? Under the Israeli system, the voters do not need to compromise. They have a very good chance of finding or forming a party whose platform perfectly matches their views. The task of compromise is delegated to the politicians they elect – politicians whose survival depends paradoxically on their fidelity to the narrow sector they represent. And, big surprise: The system fails to deliver a stable or coherent government.

Under the British and American “winner-takes-all” system, the most stable outcome is two strong parties with moderate programs. Because these parties’ success depends on appealing to a majority of the electorate, they cannot pursue narrow agendas without dooming themselves to failure. It is the people who are forced to compromise, for they are not offered parties perfectly matching their views. And guess what. They succeed in doing so.

The fact that Israeli society is so fractious is therefore the ultimate reason that a winner-take-all system is necessary. It would so radically change the rules of the game that instead of appealing to narrow interest groups, our politicians would be compelled to build platforms appealing to Arabs and Jews, religious and secular, Sephardim and Ashkenazim, new immigrants and old-timers.

By rewarding moderation, and punishing parochialism, a district-based electoral system can stabilize our politics and perhaps begin to heal the rifts that scar our society.

About the Author
After studying philosophy, politics and economics (PPE) at Oxford University, Josh spent most of his career at the management consulting firm McKinsey, where he became a partner in 2009. In 2011 Josh became COO of a solar energy startup called Homesun, which was bought by Aviva. Subsequently, he joined an Israeli startup, Conduit, as Chief Revenue Officer. The company went public as Perion in 2014. He's passionate about technology, sustainability, Israel, and mountain-biking. He currently lives in Jerusalem.
Related Topics
Related Posts
Comments