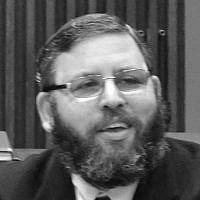 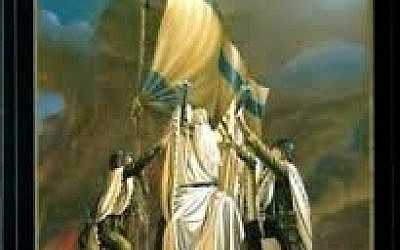 “The War with Amalek”, from the Yossi Rosenstein Haggadah

The mitzvah of wiping out Amalek properly troubles the soul of any Jew who is committed to both Torah and ethics. How can G-d command genocide?

One approach, advanced independently by the Chofetz Chayyim and Rav Aharon Lichtenstein zt”l, is to declare this mitzvah an ultimate chok. Some mitzvot can be done properly only if we understand their purpose; some can be done properly regardless of whether we understand their purpose; but mechiyyat Amalek is forbidden as mass murder unless we fully acknowledge that it has no humanly intelligible rationale and are acting exclusively to fulfill G-d’s command. Shaul loses the monarchy not because he spares Agag, but rather because by sparing Agag, he reveals that he thought he understood why he was killing the rest of the nation.

This approach carries the grave risk of insulating our interpretations of halakhah from moral critique.

This approach has great literary and moral appeal. But it also carries a great risk. It insulates the mitzvah from moral critique, and allows us in principle to be “good people” while carrying out awful deeds. This could be catastrophic if it spread to other mitzvot, or if an interpretation arose that misidentified some other group as Amalek.

An opposite approach is davka to seek an ethical justification for the mitzvah. The inherent danger of this approach is that if one genocide can be justified, others can be as well.

The danger of providing ethical rationales for the mitzvah of mechiyyat Amalek is that if one genocide can be justified, others can be as well.

Declaring a mitzvah an absolute chok is in the long term contrary to human religious nature. We have a deep drive to make sense of our actions. Think of how many explanations you’ve heard for the parah adumah, or for shaatnez! This drive is only strengthened when the mitzvah seems unethical.

But our masoret also recognizes the vital need for profound humility in the realm of taamei hamitzvot. The vast majority of rationales are offered for religious inspiration with no expectation of influencing the law. This is particularly so with regard to mitzvot that raise ethical challenges, where the risks of getting the law wrong are so great, both practically and spiritually. Thinking that he understood the mitzvah of mechiyyat Amalek made Shaul a murderer by not killing Agag; imagine if it had led him to kill someone extra!

It is in this light that I wish to examine one famous derush on Amalek. The Rav cited his father Rav Moshe Soloveitchik as asserting that Amalek represents the desire to commit genocide against the Jews, and that any nation with such an intention becomes Amalek.

This rhetorical move had great appeal in light of the Shoah, and the establishment and survival of the State of Israel in the face of attacks with explicitly announced genocidal intentions. The trope of Amalek serves the beneficial purpose of convincing us that genocidal threats can be real, and that we need to respond to them militarily as well as spiritually.

But the risk involved in such a rhetorical move is also great. Listeners may make a category error akin to taking “an eye for an eye” literally, and believe that the mitzvah applies to contemporary enemies.

Listeners to sermons that try to make Amalek relevant today may make a category error akin to taking “an eye for an eye” literally, and believe that the mitzvah applies to contemporary enemies.

In our days, when loose halakhic rhetoric contributed to the assassination of Yitzchak Rabin by an Orthodox Jew, we cannot run that risk. So we must say with absolute clarity: There is no valid justification for any claim that the mitzvah of wiping out Amalek has any practical contemporary application.

The rhetorical hook for Rav Moshe Soloveitchik’s idea is the language of Rambam in Laws of Kings 5:2-3.

This does not actually follow. In his Introduction to the Book of Commandments, Maimonides explains why the mitzvah to destroy the Seven Nations is considered “for the generations”, and therefore among the 613, even though the Seven Nations have already been destroyed:

So too, to kill the Seven Nations and destroy them is a commandment we were commanded, and it is an obligatory war, and we are commanded to scour after and pursue them in every generation until they are ended and no man remains from them. And so we did, until they ended and were cut off via David and scattered and mixed in among the nations until they were left with no name.

In other words, the mitzvah to destroy the Seven Nations is not purely genealogical – it is fulfilled even if genealogical descendants remain, so long as the culture is gone.  By contrast, regarding Amalek,

This cannot be said, rather it is for each and every generation: Any time that a descendant of Amalek can be found – there is a commandment to cut him off.

In other words, it is precisely because the mitzvah of Amalek is purely genealogical that it remains operative in our day, even though it cannot be fulfilled, because we have no way of identifying Amalekites. (This is why the consensus opinion is that conversion applicants from the Seven Nations are accepted, but there is controversy about whether the same is true regarding Amalekites.)

There are numerous other grounds on which any attempt to give the mitzvah contemporary halakhic are demonstrably wrong, among them:

1) Rabbi Yehudah states on Sanhedrin 20b that “The Jews were given three commandments upon entering the Land: to appoint a king, to destroy the descendants of Amalek, and to build the Temple”.   Maimonides cites this statement in Laws of Kings (footnote) , and makes clear, as both its language and interpretational history do, that the commandment to destroy Amalek is dependent on the presence of an anointed king. Sefer Yereim even states that the Mitzvah applies only to the king.

2) Hagahot Maimoniyot states that the commandment applies only in the Messianic Era, after the full conquest of the Land. His position is almost a medieval consensus.

3) The verse containing the Mitzvah begins: “When G-d give you respite from all your enemies surrounding . . .” The plain meaning of the verse is that it applies only when there is peace on our borders.

4) The implication of that plain meaning is that even if we were to accept that a symbolic interpretation of Amalek has halakhic implications, Amalek stands for an enemy who is not on our borders, which means they must have no territorial dispute with us.  Possibly it means that they cannot have any practical conflict of interest with us.

While the halakhic conclusion is undisputed, some people have noted that Radbaz challenges several of the grounds above on the grounds that Shaul was commanded by Shmuel to destroy Amalek.  A standard response is that this was a hora’at sha’ah, an ad hoc decree rather than a fulfillment of the Torah command. This response may seem forced. However, in Rambam’s Introduction to his Mishnah Commentary, he cites Shmuel’s command to Shaul as an example of prophetic “commands and warnings that are not about religious law”, or horaot sha’ah. So this is certainly the correct understanding according to Rambam.

A fine contemporary scholar has argued that genealogical Amalek was completely wiped out, on the basis of Divrei Hayamim 1:4:43: “ויכו את שארית הפליטה אשר לעמלק”. As noted above, this cannot be the position of Maimonides, who states that the “seed of Amalek” has not yet been wiped out.  Regardless, the Hebrew word ויכו by itself does not refer to killing everyone on the defeated side, as evidenced by the verses that add a variety of phrases such as “not one of them was left”.  The verse as a whole means “They smote the exiled remnant of Amalek”, not “They killed off the last remnants of Amalek”.

Let me be clear that the rationale for a mitzvah is sometimes given practical halakhic significance. This is what we call darshinan taama dikra (which is subject to its own extensive halakhic discussion). However, there remains a difference between rationale and law.  Law is about balancing values. Any claim that a rationale extends the law, especially to an entirely new set of cases, must be subjected to extremely careful and rigorous halakhic scrutiny.

Rabbi Soloveitchik’s symbolization of Amalek cannot survive such scrutiny in principle, let alone in any potential contemporary application. It therefore must be understood purely as rhetoric, and every citation of it must make that absolutely clear. Rav Tzvi Yehudah Kook argued against its being taught in his yeshiva, and laaniyut da’ati, it would be safest and best not to use it even rhetorically in the vast majority of contemporary contexts, so as to fulfill the Mishnah’s dictum “Sages, be careful with your words!”.