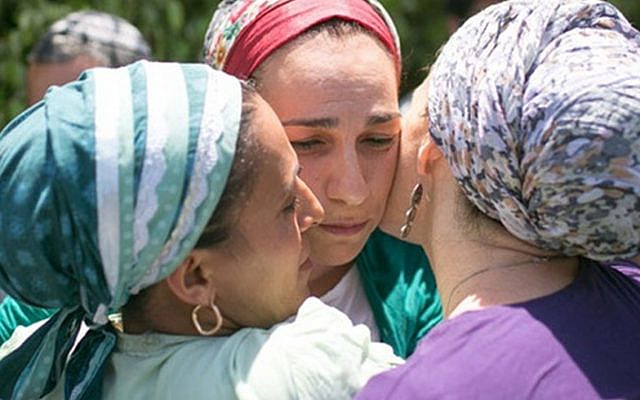 Recently, I thought about giving peace a chance, and I picked up My Promised Land by Ari Shavit, a well-known peace activist. Overall, I was impressed by how thoughtful Shavit was on this issue, as well as by his analysis of the geopolitical situation.

As a seemingly compassionate person, Shavit describes painful feelings of wrongdoing related to the Palestinian “transfer” in the 1948 war, “the occupation” that followed the 1967 war, and the Palestinian prison camps that followed the violent Intifadas. Yet after the 1967 and 1973 wars that could have brought extinction to the Jewish State, as well as the failed Oslo and Camp David Accords, and the multiple Intifadas with dead Jewish bodies lying in buses, malls, discotheques, pizzarias, and more, even Shavit admits the limits of the Leftists’ peace agenda and what he calls their “fundamental flaw”:

Regarding the occupation, the Left was absolutely right. It realized that occupation was a moral, demographic, and political disaster. But regarding peace, the Left was somewhat naive. It counted on a peace partner that was not really there. It assumed that because peace was needed, peace was feasible. But the history of the conflict and the geostrategy of the region implied that peace was not feasible.

Let’s face it: Jews are generally an over the top peace-loving people. Fighting, for us, is truly a last resort that finally occurs too late when our backs are up against the concentration camp walls. We’ve learned the hard way that we have to have the backbone to “never again” go like sheep to the slaughter! Moreover, as Netanyahu says, the best chance we have is to achieve “peace through strength.”

For most of the last quarter-century, the Israeli Left has been on the losing side of politics. Once the most popular party in Israel, the Labor Party is now in the minority. Further, diehard groups like Peace Now and J Street are seen as either out of touch with reality or, at worst, as delusional and betraying their own people.

Israel’s new Netanyahu government, on the other hand, is the most religious and right-wing in modern history. It is ready to push for policies that support Israeli nationalism, a strong IDF, settlement, annexation, control of the Temple Mount, and a deeper appreciation of Torah Judaism.

Netanyahu is the longest-serving Israeli Prime Minister, having been in office for 15 years. He is back in power because most people believe he can not only lead a right-leaning government well but also steer it when necessary toward a sensible middle-of-the-road approach that will keep Israel strong and faithful, as well as on a path of continued growth at home and with respect around the world.

Why has the Right won out over the Left?

Simplistically, you can say that the Right is right! After almost 2,000 years of Jewish diaspora, pogroms, persecution, and the Holocaust, Jews can no longer, in good conscience, tolerate any existential threats. While Jews initially accepted the UN partition for a two-state solution, Arabs vehemently rejected it and went to war against the then-fledgling State of Israel. Moreover, despite the Arab loss, they continued to mount martial campaigns, intifadas, terrorism, and war against Israel, only to be repeatedly defeated. Each and every chance that Israel gave the Palestinians for mediation, negotiation, compromise, and peace was rejected and met with more cries of Jihad!

It is said that every family in Israel has lost one or more loved ones to Palestinian obstinacy and radical militarism, and at this point Israel is no longer going to be lulled and fooled into complacency and a bad deal that would mean further Palestinian aggression against Israel and its people.

Hardcore liberals have been blinded by their belief that the Palestinians are somehow the victims, even though they are part of the violent Arab Goliath that is fighting against Israel (which is made up of many Holocaust survivors and Mizrachi refugees). Also, the UN’s constant stream of hateful and harsh resolutions against the State of Israel in a world where the real Axis of Evil states violate human rights, support state terrorism, and fight grossly unjust and illegal wars has turned it into a bloody farce of an organization. When the haters’ wars and resolutions didn’t work, they turned to lawfare against Israel by supporting Boycott, Divestment, and Sanctions (BDS) to keep trying to drive all Israelis into the Sea of Destruction and, eventually, to their deaths.

In a sense, I would like to be a peacenik because I believe in doing good for others and in Tikkun Olam for the world. However, after reading Shavit’s book and looking at the current situation, with two “people” living on the same land and the Palestinians still insisting on having it all “from the river to the sea,” peace is just not practical now. Yes, we can and should make peace with as many of our neighbors as possible, because that’s a positive goal for everyone. However, as long as we keep begging for peace that the Palestinians just don’t really want (yet), then we are simply banging our heads against a wall with no achievable results possible at this time.

In short, the Left is right when it comes to caring about others and the ultimate goal that we all seek, which is genuine and lasting peace and the ability to live side by side as brothers and sisters in peace and prosperity. However, the Left got it all wrong when it comes to the reality on the ground in terms of the radical Islamic groups who want no peace, no negotiation, and no recognition of Israel, period. This is where the hope of the Left met the reality of the Right, and the Left lost all credibility, at least for the time being. Perhaps, just perhaps, reality will change and radical hearts will soften and give peace a fighting chance, allowing the Left to be right as well.