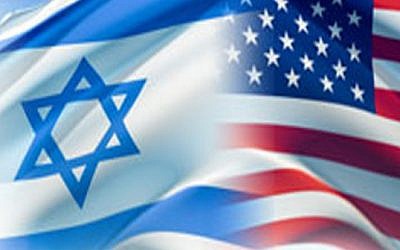 The “our rivals” are the people of some other civilizations whose unity is rooted in the non-Torah/Bible spiritual fundamental (Quran, Communist-manifesto, paganism …), and who want to impose their way of life on “us” the people of Western Judeo-Christian civilization.

However, our rivals are using this slogan to denigrate and weaken the virtues of our Judeo-Christian Western civilization and to inject into it the rival virtues – to create destructive spiritual ingredients in our Western Judeo-Christian nations that eventually will lead to the civil wars.

A history reminder about the roots of the American Civil War that can be detected nowadays
The roots of the American Civil War can be traced back to the early colonial period. Some of the cleavages after 1850 were embodied in the developing Federalist Party representing the mercantile interests of the North and the Republican Party representing the agrarian interests of the South. The two regions had different philosophies of government. One region wanted little government interference, while the other region wanted government protection. These philosophies shifted with time until the South was the region opposing government interference and the North was more willing to seek government control and protection. Economic issues were a source of dissension between the two regions as well, especially in terms of the exercise of constitutional power by the central government in economic matters. The popular view has long been that the war was fought over slavery, but while slavery was an issue, other concerns were more key in bringing about the conflict.

Distorting the “US immigration policies”

The famous poem of Emma Lazarus is used for distorting the goals of our immigration policies. The poem says:

“Give me your tired, your poor,
Your huddled masses yearning to breathe free,
The wretched refuse of your teeming shore.
Send these, the homeless, tempest-tost to me,
I lift my lamp beside the golden door!”

However, our rivals are using this poem to justify the immigration to this country of the people who are attracted by the free-goodies opportunities – they are the people of not American-kind Judeo-Christian virtues.

Statistical data: 63 Percent of ‘Non-Citizens’ on Welfare, 4.6 Million Households
A majority of “non-citizens,” including those with legal green card rights, are tapping into welfare programs set up to help poor and ailing Americans – that is a Census Bureau finding. 63 percent of non-citizens are using a welfare program, and it grows to 70 percent for those here 10 years or more, confirming another concern that once immigrants tap into welfare, they don’t get off it. The numbers are huge. There are 4,684,784 million non-citizen households receiving welfare.

The statement “Separation of church and state” is paraphrased from Thomas Jefferson and used by others in expressing an understanding of the intent and function of the Establishment Clause and Free Exercise Clause of the First Amendment to the United States Constitution which reads: “Congress shall make no law respecting an establishment of religion, or prohibiting the free exercise thereof…” The phrase “separation between church & state” is generally traced to a letter by Thomas Jefferson, addressed to the Danbury Baptist Association in Connecticut, in which Jefferson wrote:

Believing with you that religion is a matter which lies solely between Man & his God, that he owes account to none other for his faith or his worship, that the legitimate powers of government reach actions only, & not opinions, I contemplate with sovereign reverence that act of the whole American people which declared that their legislature should “make no law respecting an establishment of religion, or prohibiting the free exercise thereof…”

“American Thinker” on anti-Christianity in America

Today, “atheism” means something entirely different from a simple lack of belief in God. What atheism has become can be more accurately described as “the anti-Christian movement.” It is a movement that assumes that Christianity isn’t merely naïve and false, but a major cause of social ills, something worth the effort to actively ferret out and purge from our society. This anti-Christian crusade has been both supported by, and a natural outgrowth of, the much larger program of cultural Marxism (and the classical Islam).

Distorting the “US-Israel mutual interests”
The following is the US State Department statement on US-Israel relationships:

The United States was the first country to recognize Israel as a state in 1948, and the first to recognize Jerusalem as the capital of Israel in 2017. Israel has long been, and remains, America’s most reliable partner in the Middle East. Israel and the United States are bound closely by historic and cultural ties as well as by mutual interests.

As seen from this statement, the historic and cultural ties that are rooted in the Judeo-Christian and Jewish virtues of the two countries are at the foundation of our spiritual and economic friendship. Our mutual interests are to defend and strengthen this foundation where the individual freedoms and free-marker economy with minimally-needed government regulations are cherished.

However, in order to weaken the Judeo-Christian foundation of the USA and the entire Western civilization, our rivals are declaring that the US government is supporting Israel only because of the corruptive Jewish influence.

That is what our rivals are advocating or suppressing

“When I see Israel institute a law that recognizes it as a Jewish state and does not recognize the other religions that are living in it, and we still uphold it as a democracy in the Middle East, I almost chuckle, because I know that if we see that in any other society we would criticize it, we would call it out, we do that to Iran, we do that to any other place that sort of upholds its religion.”

Despite 9/11, the US still is still unable to tackle the Islamic threat in the country, an investigative journalist and expert on Arab affairs warns.

Exactly what happened in the mosques in France 15 years ago is happening today in the U.S., says Israeli investigative journalist and Arab Affairs expert Zvi Yehezkeli.

Yehezkeli, who went undercover in the U.S. last year, says anti-Semitism and incitement to genocide of Jews have become prevalent in mosques across the country, while the American government remains unaware.

The Jewish community has not responded either, he adds.

Our society is truly diverse – diverse in the positive meaning of this word when the diversity enriches everybody with no discrimination and when everybody is trying to reach a personal best without blaming the others for unavoidable life misfortunes. Our society is positively diverse because, as our Judeo-Christian virtues guide us, we are created “in the image and likeness of God” who does not discriminate against anything.

However, our rivals are successfully distorting our diversity. They are proclaiming that our diversity is adversarial. Therefore, they proclaim, each segment of our society can advance itself only by taking something from adversarial competitors – the women from the men, the blacks from the whites, the young people from the seniors, the new immigrants from the “sabras,” the minority from the majority, … By promoting the concept of “adversarial diversity” our rivals have harmed the Judeo-Christian foundation of our nation.

The powerful forces are at work supporting the destructive adversarial adversity
The ABA Coalition on Racial and Ethnic Justice (COREJ) examines issues stemming from the intersection of race and ethnicity with the legal system. COREJ partners with non-ABA entities to address these issues. They consider themselves the conscience of the ABA when it comes to focusing on social justice issues effecting the too often voiceless and vulnerable among us.