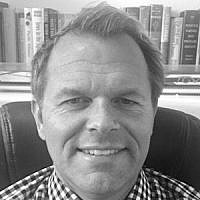 The numerous intractable problems involving Washington and Beijing provide few areas for meaningful progress on issues involving security, human rights, trade and technology. Other factors preventing substantive forward movement on these issues are both leaders’ aversion to appearing weak or granting concessions to one another.

President Biden does not want to run afoul of one of the rare bipartisan areas of agreement ahead of the 2022 U.S. Congressional midterm elections – – the need to get tough on China.

President Xi must continue to demonstrate strength as next year’s 20th National Party Congress approaches at which time he expects to secure a precedent-defying third term as president.

Amid these dynamics, the November 15 virtual summit is a chance to manage the troubled relationship and maintain lines of communication.

It may also present a chance to explore areas where the U.S. and China can work together.

First things first, President Biden must clearly communicate Washington’s unwavering commitment to help Taiwan defend itself and its opposition to any unilateral action by China or Taiwan that would change the status quo in the Taiwan Strait. Mr. Biden needs to emphasize that any decision to unify Taiwan with China must be done peacefully and with the consent of both Taipei and Beijing.

To this end, President Biden should express his concern over China’s current pressure campaign against Taiwan involving frequent incursions by PRC aircraft in Taiwan’s air defense zone and Chinese vessels in Taiwanese waters.

Both Presidents Biden and Xi should recommit to a decades-long policy that has helped keep the temperature under control regarding Taiwan, i.e., that the U.S. will not communicate a stance on Taiwan’s sovereignty and Beijing will pledge to peaceful conduct in the Taiwan Strait.

Additionally, President Biden needs to raise concern over the rights of Xinjiang’s Uighur Muslims and the citizens of Hong Kong. He must also speak out against China’s militarization of the South China Sea, its bullying of U.S. allies and its mercantilist industrial and trade practices.

For his part, Xi is likely to focus on sovereignty concerns relating to internet governance, territorial claims in the Himalayas and maritime disputes in the South China Sea. If past is prologue, Mr. Xi will also call for the lifting of U.S. restrictions on Chinese nationals and corporations in addition to an elimination of tariffs on Chinese manufactured goods.

Yet, both President Biden and President Xi should also devote attention to other issues that may yield small wins for both sides.

A good start would be a reaffirmation of Washington’s and Beijing’s recent pledge in Glasgow to phase out coal, cut methane emissions and protect forests, in addition to their shared goal towards denuclearizing North Korea.

(Going forward, however, Mr. Biden must resist efforts by Beijing to use any future climate change concessions as leverage for U.S. compromises and rollbacks on non-climate policy areas such as security, trade, human rights and technology.)

Another area of possible collaboration ought to involve collaborative pandemic response. Although China’s politicization of COVID-19 origins investigations, its initial mishandling of the outbreak and subsequent coverup have deepened divisions between the two countries, Washington and Beijing need to build upon existing (yet inadequate) global efforts to donate and distribute COVID-19 vaccines to the developing world.

While China’s vaccine has less efficacy than its Moderna and Pfizer counterparts, every bit helps towards battling COVID in the race to stave off vaccine-piercing variants from developing. A $50 billion U.S.-China investment towards vaccine production and distribution would go a long ways towards overcoming the pandemic and, according to the IMF, would generate $9 trillion in economic returns.

A shared U.S.-China commitment to cover the $50 billion tab is within the financial means of both countries and would be a demonstration of the cooperation needed on global public health measures going forward.

Additional areas of cooperation that ought to be explored during the November 15 summit include pathways for reopening the U.S. consulate in Chengdu and the Chinese consulate in Houston, a rescinding of restrictions on American and Chinese media outlets, a reciprocal easing of visa restrictions and measures to support global economic recovery amid current worldwide energy shortages and price volatility.

Without question, the current political climate on both sides of the Pacific is not conducive towards the U.S. and China working together. A common belief held by the Chinese Communist Party is that the East is on the ascendant while the United States faces an inevitable decline, and therefore there is no need for Beijing to engage Washington in a timely and serious manner.

Meanwhile, American leaders and voters have become alarmed and distrustful of China over its aggressive military posture, its uncooperative behavior investigating COVID as well as its policies on trade and human rights.

However, meetings between heads of state can bring with them the possibility of getting things back on track. While the rising rivalry between the U.S. and China have led to fierce disagreements on values, governing systems and key geopolitical matters, opportunities for top leaders to dialogue can lead to progress and elevate the tenor of discussions.

Such summits may even help improve communication and de-escalate strains.

Above all, high-level diplomacy holds the promise of demonstrating to the world that both powers are committed to both forging areas of cooperation and maintaining a stable basis for handling overall relations.