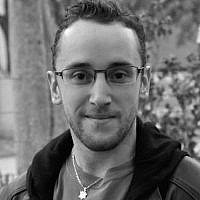 The Blogs
Nathan Colbert
Apply for a Blog
Advertisement
Please note that the posts on The Blogs are contributed by third parties. The opinions, facts and any media content in them are presented solely by the authors, and neither The Times of Israel nor its partners assume any responsibility for them. Please contact us in case of abuse. In case of abuse,
Report this post.

Let me preface this article by saying, if you have never been to Israel and you consider yourself Jewish, then you must book a flight immediately!

During July of 2014, I went on my once in a lifetime trip to Israel through Taglit Birthright Israel Outdoors; specifically the Israel by Foot trip.  If you do not know what Birthright is, it is a 10 day guided trip with roughly 40 of your peers.  It was officially initiated in 1999 by the Israeli government with the belief that any Jewish person has the right to at least visit Israel, no matter what branch of Judaism or economic bracket you fall under.  It is heavily subsidized, so the only expenses you have are a refundable security deposit, your transportation to NYC if you are in the states, and lunch/shopping.  Everything else is paid for.  This was the trip of a lifetime and it will continue to shape and direct my life’s path in ways that I can not imagine.

These pictures offer a small glimpse into the adventure I had over those 10 days.  If you are wondering “why these five pictures in particular?” it is because each offers a specific moment that was very powerful to me, as well as the group, and they define the trip as a whole in one way or another.

The first picture is of me and my group at the Western Wall in Jerusalem. This was a profound moment for everyone since the Western Wall is one of the holiest sites in the Jewish tradition.  It allowed the members to connect to Judaism on a spiritual and historical level.  I say historical because that section of the wall gained its significance in 70 C.E. when the Romans destroyed the second temple.  The wall was the only thing left standing of the temple mount.  Therefore it is our only connection to the last temple of the Jewish people. 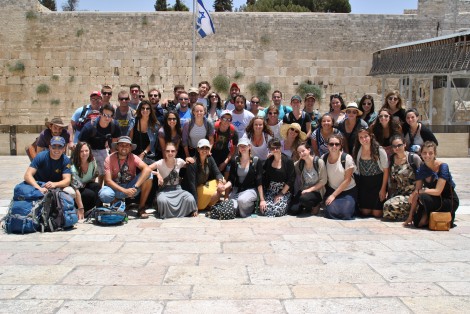 The second picture was taken on the grounds of our hotel outside of Jerusalem. It is a picture of a lit Havdalah candle, which signifies the end of Shabbat. What you have to realize is 90% of my group had never been to Israel, and if they had, it was when we were much younger.  Also the majority of the group grew up with very little to no connection with Judaism (one girl had finished her conversion process literally 2 months prior to the trip).  So it was very overwhelming and powerful for those who had a thin Jewish upbringing.  Ultimately, it strengthened theirs and my connection to Judaism in a profound and lasting way.  For us to be able to celebrate Shabbat in Israel was a very meaningful experience. 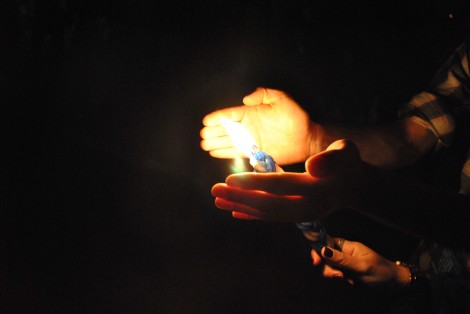 The next pictures were taken between two days of what I feel were the most emotionally and physically taxing of the entire trip, especially the Children’s Memorial in the Israeli Holocaust museum, Yad Vashem.  The memorial is a very dark room except for the eerily beautiful yahrzeit candles which provide a very dim, somber glow.  What makes this memorial so special is that there are only a handful of candles and each one is reflected an infinite amount of times through a clever mirror system to give the impression of millions and millions of candles.  This room represents the approximately 1.5 million children who were killed during the Holocaust.  In the dimness of the room you could say there were only 1.5 million candles visible, but with the low shutter speed of a camera you are able to see the infinite amount of children that will never exist because of the ones that lost their life. 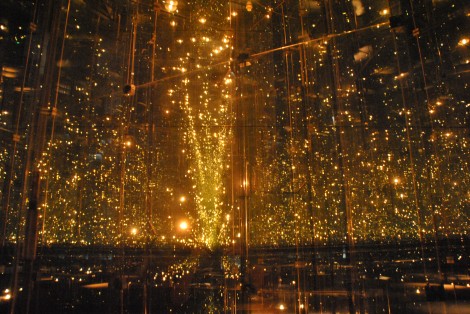 Later that day at Har Herzl National Memorial and Cemetery, we were able to connect with the current conflict in Israel on a personal level.  Two of our guides grew up in Israel and the other lived there for over a year; each one lost a very close friend in the military.  This picture captures the grave of the best friend of one of our guides.  They grew up together and joined the military in the Maglan Paratrooper Brigade (notice the badge in the picture) together.  They were like brothers and he gave his life to the IDF.  Listening to his and several other stories of lost loved ones brought a lot of us to tears.  It gave us an appreciation for how the IDF serves to keep the state of Israel a safe place for its citizens. 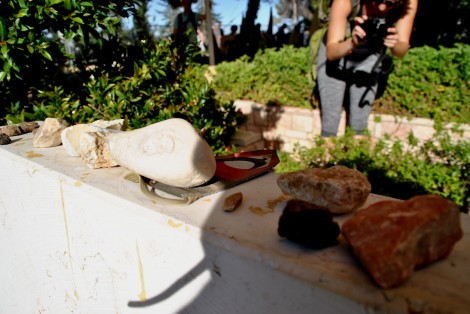 The last picture is of the group during a yoga session on top of Masada at sunrise.  To give you some perspective, that night after Har Herzl, we took a bus to the middle of the dessert where we were dropped off and slept under the stars; no toilets and only a sleeping bag between us and the elements.  At 3:30am, with most of us only getting a couple hours or less of sleep, we awoke to hike up the Snake Path, a 45 minute, incredibly steep hike to the top of Masada.  We were fortunate enough that one of the people in our group was a yoga instructor, so she led a yoga session to help us regain our composure.  We had several sessions throughout the trip, and I must say not only did they provide us with the opportunity to relax and gain energy, but they helped us become aware of our surroundings and grow connected as a whole. The sessions granted us an opportunity to absorb and reflect on our experiences.  Climbing that mountain when we did showed me just how much I can accomplish on such little sleep and with such an emotional drain on the mind. 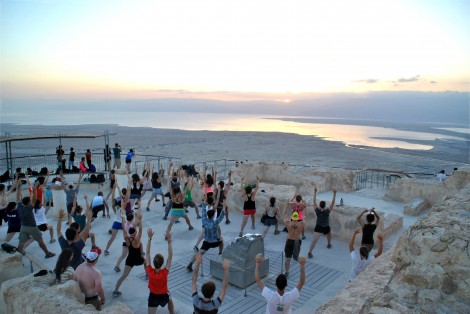 I cannot state enough how powerful this trip was. I can only hope it will have the same level of impact on you as it did me.  Every member of the group has something to contribute, and if you can have the courage to step out of your shell and learn from everyone and the significance of this land, only then will you appreciate what this trip offers.

About the Author
Nathan Colbert is an undergraduate at the University of Houston majoring in Psychology with a minor in Philosophy. He is from Houston, Texas and, in March of 2014, visited Israel on a Birthright trip.
Related Topics
Related Posts
Comments