Yesterday’s post described how the Holocaust as a topic went from verboten to ‘shout it from the mountain tops’, from the hush hush talk of the insiders to common banter at cocktail parties. It wasn’t easy to get the Holocaust onto the agenda.

In the late ’50s, Elie Wiesel and Raul Hilberg couldn’t get publishers for their ground-breaking  Holocaust works. Wiesel’s Night was published in Yiddish and French in 1955, but getting a publisher in English took until 1960, and it didn’t sell well initially. Hilberg had similar difficulties with his non-fiction, Destruction of the European Jews until 1961. In retrospect, it’s hard to believe that these compelling, and eventually best-selling books couldn’t find audiences, but that was the American scene in the ’50s.

Rabbi Yitz Greenberg talked about attending a New York Holocaust remembrance ceremony in the ’50s. It was conducted in Yiddish. He commented,

In the America of 1961, there was one college course on the Holocaust. By the late ‘70s, it was hard to find a college without one.

My memory is that with the Eichmann trial, Holocaust material was everywhere. I read William L. Shirer’s The Rise and Fall of the Third Reich (1960), and was riveted by the material on the Final Solution. I also have recollections of Holocaust stories cropping up at NCSY events, as I began attending them in 1963. However, according to Deborah Lipstadt (America and the Memory of the Holocaust), recognition and attention to the Holocaust didn’t really take hold until 1965.

Lynn Rapaport (The Holocaust in American Jewish Life), on the other hand, has an interesting approach. She admits that Holocaust information became widespread from the early ‘60s, but she states emphatically that the ‘mainstreaming’ of the Holocaust into the American psyche didn’t happen until 1967.

When in May ‘67, Gamal Abdel Nasser declared that his goal was to annihilate Israel (check my post: Prelude to Miracle: May ‘67, May 5, 2020), American Jewry ‘began to absorb the full meaning of Auschwitz.’ Rav Abraham Joshua Heschel, that great Jewish philosopher and activist from JTS) wrote:

Terror and dread fell upon Jews everywhere…Will there be another Auschwitz, another Dachau, another Treblinka…In those days many of us felt that our own lives were in the balance…that indeed all of the Bible, all of Jewish history was at stake, the vision of redemption, the drama that began with Abraham…(It) was an awesome time, the collapse of complacency.

I idolized Heschel. His embrace of Civil Rights (who can forget him marching arm in arm with MLK at Selma) and the anti-war movement had won my heart. But he also had the credibility of having seen the Nazis up close in Germany, until his expulsion in 1938, and he knew how to mobilize the English language. He captured the foreboding for all of us.

Prof. Rapoport goes on to explain that Israel’s miraculous, amazing victory led to a ‘salvation myth’. It had taken the Holocaust disaster and coupled it with Israel’s success, so that we could now reconcile the deaths of so many Jews with the Covenant that God would protect the Jews.

The extermination of European Jewry could become the Holocaust only on June 9 (1967) when, in the aftermath of a remarkable victory the State of Israel celebrated the return of the people of Israel to the ancient Wall of the Temple…On that day the extermination of European Jewry attained-if not happy, at least viable-ending that served to transform events into a myth of darkness followed by the light…

It’s true. The term Holocaust (from the Greek, ‘burnt offering’) wasn’t used in the immediate post-war material. In Yiddish, it was called the Churban or destruction, like the two Temples. Later many writers went for ‘destruction’ or ‘catastrophe’, which is the Hebrew word Shoah, which was used in Israel and France, only coming to American popular usage in the ’80s.

So, only by the late ’60s does the Holocaust truly enters American consciousness. Its effect is powerful. It propels Jews into the forefront of movements for the rights of the oppressed. Jewish youth had joined protest movements, especially for civil rights early on in the ’60s, but by the late ’60s Jews are on a mission to fight for the rights of minorities throughout the world. It’s a strong factor in the awakening of American Jewry to the plight of Soviet Jewry, and, soon, will engage Jews in the fight against Apartheid in South Africa.

By the mid-’70s, Holocaust awareness in America has spread far beyond the Jewish population. Besides the establishment of Holocaust studies programs in universities, there are Holocaust memorials being proposed all of the country.

On November 1, 1978, President Jimmy Carter establishes the President’s Commission on the Holocaust, chaired by Elie Wiesel, which eventually builds the US Holocaust Museum which opened in 1993.  In 1979, the United States government establishes the Office of Special Investigations, within the Department of Justice to prosecute former Nazis living in the US.

The Holocaust becomes part of the general social fabric in April 1978, with the production of the Holocaust: The Story of the Family Weiss. This mini-series was broadcast on NBC for four consecutive nights and had an audience of over 120 million viewers who claimed to see all or most of it. The Holocaust had become big business and has not waned since it burst onto the scene in the late 60’s through the 70’s. 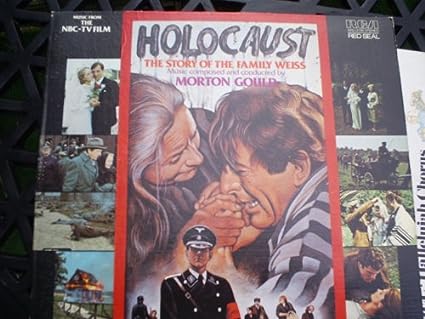 We still must explore its effect on American Jews and their spiritual quest, but we’ll leave that for tomorrow.

Next: How the Holocaust Changed American Jewry, Part 2