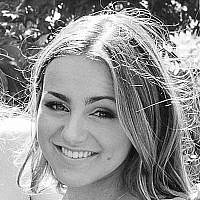 The Blogs
Tia Sacks
Apply for a Blog
Advertisement
Please note that the posts on The Blogs are contributed by third parties. The opinions, facts and any media content in them are presented solely by the authors, and neither The Times of Israel nor its partners assume any responsibility for them. Please contact us in case of abuse. In case of abuse,
Report this post.

In the past couple days we witnessed something both horrific and unbelievable. We heard of the devastating death of Arab Journalist Shireen Abu Akleh, and we saw the immediate mass dispersion of blatantly deceptive news headlines. Abu Akleh was tragically caught in the crossfire of a raid in Jenin, and both the Director of the Palestinian Forensic Medicine Institute and the IDF Chief of Staff have stated that the shooter remains unclear. In any case of a fatal shooting, it is vital to decipher and assign guilt in accordance with the law, and to refrain from developing premature conclusions in order for justice to be served. However, in the case of Shireen Abu Akleh, the media has clarified that the truth doesn’t matter when Jews are involved.

Leading media outlets including the Washington Post and Al-Jazeera have turned a blind-eye to the inconclusive reality of this tragedy and the statements of experts from both sides, and have gone forth in spreading their own interpretation of what happened. They have decided that Israel is guilty of murder. This kind of rapid decision-making independent from fact and accuracy is not responsible journalism. It is propaganda.

These news sources have failed to respect Abu Akleh by giving honest reporting on the situation, and instead have hijacked her death to demonize the one Jewish state. As a result, modern day blood libels have spread like wildfire, which Jews can recognize from a mile away. They are rooted in the conspiracy that Jews are unequivocally evil and to be immediately blamed for every wrong doing, which inspired anti-Jewish violence long before the Holocaust.

Some of the most prominent spreaders of these deceptive fantasies are current United States Congresswomen who seem to know more than the experts, and believe that some lives are more important than others. Rep. Ilhan Omar asserted in a tweet that “she was killed by the Israeli military” and Rep. Rashida Tlaib claimed she “was murdered by a government that receives unconditional funding by our country with zero accountability.” However, when Palestinian terrorists killed nineteen Israelis over the course of several days with axes, knives and guns, they posted no such tweets that condemned their murders.

These are not just some average women with few followers tweeting what they think from their basements. These are members of the United States House of Congress with immense influence on citizens and popular media. Now, let me make this clear. All Jews are put on trial when reputable media sources and Congresswomen immediately assign guilt to Israel. No other country has ever dealt with this kind of premature backlash, and this double standard makes it entirely antisemitic.

Now it is time for us to ask some questions. How come the media was not as quick to vilify the terrorists who murdered those nineteen Israelis when there was hard evidence? Why do they leap to condemn Israel before any investigation occurs? Why are they continuing to write a story that is contradictory to what experts have stated from both sides, and why are American Congresswomen getting away with spreading it? What is happening to journalism?

I think the answer is loud and clear. When Israel is involved, facts are irrelevant, and honest journalism goes out the window. Even if it means toying with the murder of an innocent Arab woman to create a convenient narrative.

May the killer of Shireen Abu Akleh face severe consequences and may her life and her work be always remembered. Justice must be served.

About the Author
Tia is a twenty-year-old student currently studying in her third year at Western University where she is active in Hillel on campus and worked as a World Jewish Congress Lauder Fellow. Originally from Vancouver BC, Tia was one of the two Vancouver high school interns for StandWithUs Canada during her senior year, and became a member of the CJPAC Generation Program. She is majoring in the Faculty of Media and Information Studies at Western.
Related Topics
Related Posts
Comments