The Russo-Japanese war resonates in many ways in Russia’s recent war on Ukraine and has changed the world more than most realize. Russia’s crushing defeat raised Japan to a state of world power, helped bring down the czar and usher in the communist revolution, and escalated machinery and lethal warfare. For many Jewish communities, this was the first time their children served in the Russian military and in a war. It also highlighted brave young Jews such as Joseph Trumpeldor and Hynrik Goldszmidt, later known as Janusz Korczak. Yet as I discovered, it also changed a lot for my own family.

My great-grandfather, Rabbi Yaakov Moshe Spair, was serving at the time as the chief rabbi of the city of Saratov, one of Russia’s largest cities. He recognized there was a large number of Jews conscripted into the Russian army, with little to no arrangements made for their religious life. He mobilized and made great efforts to ensure that those soldiers had Kosher food. An unusual step for those days since the Jewish community had not been used to making religious arrangements for its members conscripted into the army and taken to the front lines. 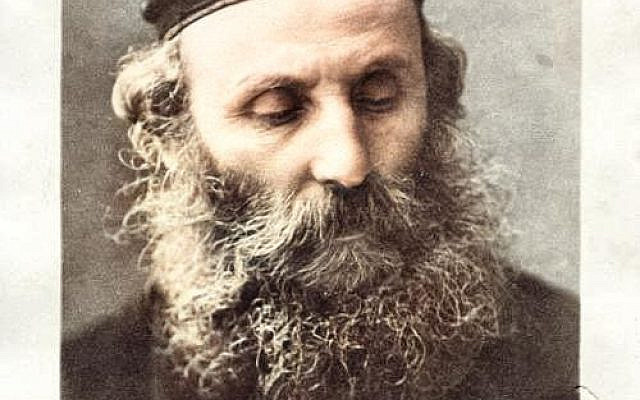 When the great Rabbi Yisrael Meir of Radin heard of this, he was so moved he praised Rabbi Sapir, saying he wished he could have shared in his part and reward for such a great mitzvah–mechelkecha yehe chelki. These words and this mitzvah became such a central part of who my great grandfather was that even after moving to Israel and being one of the early rabbis of the city of Petach Tikva and accomplishing so much more, these words were the words to be engraved on his tombstone. 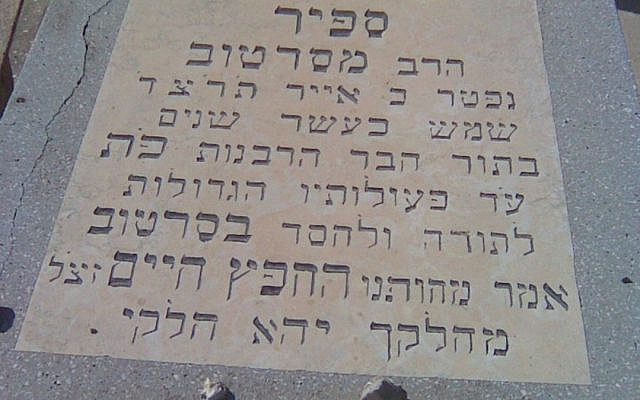 His children and grandchildren went on to follow in his footsteps. His children and grandchildren from the Sapir and Solomon families became chief rabbis of Petach Tikva; The Segal family went on to raise generations of American rabbis and leaders, the Lebowitz family helped lead the Chafetz Chaim Rabbinical Seminary of America, the Levinson family in Radin, the Trop family in Radin and then America, my own family the Poupko family also followed in his path of rabbinic leadership and teaching. Yet nothing became more defining to his legacy which our family tries to follow, than the simple act of opening our eyes to our fellow Jews and asking ourselves what we can do for them. Rabbi Yaakov Moshe Sapir’s care for Jewish soldiers thrust out of their shtetel and forced into war became his central legacy–a legacy he imparted to generations to come. At times when it is convenient to look around only within the confines of our own community, we must make sure that we look far beyond our own confines.

American orthodoxy today stands and a juncture similar to where the Russian Jewish community stood in 1905. It might be easy to pretend all is well. Our schools are filled to capacity, Yeshivot are thriving, Torah content is abundant, and there is no shortage of Kosher food. Yet if we just take a peek outside our own little cubicles, we will see a Jewish people in crisis. One-third of those raised orthodox are leaving orthodoxy. Many of those leaving orthodoxy are doing so after 12 years of Day School education, years of studying in Israel, and post-Israel Jewish learning programs. The kind of mass abandonment we are seeing, coming despite all of the educational and familial structure in place, is unprecedented in the history of American Jewry. The combination of the feelings of alienation of those leaving and the lack of alarmism in our own community is concerning. The lack of mobilization within the orthodox community in response to this mass exodus makes me worry we will see what we saw now two centuries ago–a lack of response to Kantonists and Haskala taking our best children until it was too late. It was not until the children of the Shayne Yidden–the elites of orthodoxy, began leaving that more robust responses came, and by then, it was often too late.

Looking back to the legacy of my own great grandfather during the Russo-Japanese War and his ability to look beyond his duties and constituents, I am inspired and reminded that our legacy is not decided by what we must do but by what we choose to do. It reminds me of the call of duty delivered to us all at Sinai, to look at the world around us and ask what it is we can do to be there for our brethren in need, regardless of where they are from or what they are up to.