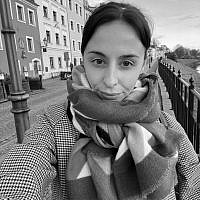 The Blogs
Amy Williams
Apply for a Blog
Please note that the posts on The Blogs are contributed by third parties. The opinions, facts and any media content in them are presented solely by the authors, and neither The Times of Israel nor its partners assume any responsibility for them. Please contact us in case of abuse. In case of abuse,
Report this post. 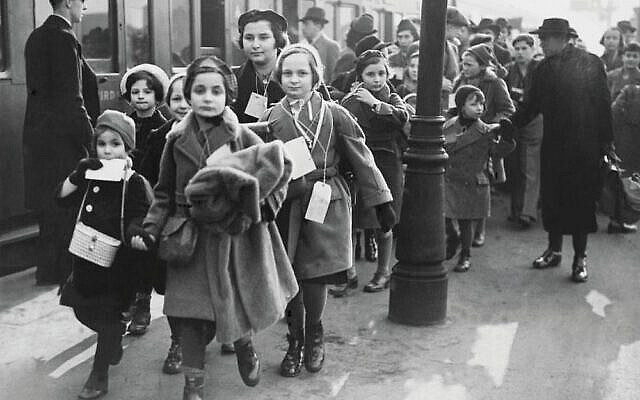 Within days of the Russian invasion of Ukraine photographs started to appear on social media of the Kindertransport memorials in London, Prague and Alkmaar draped in the Ukraine flag.

The message “safe passage now” was printed on a brown luggage label, similar to the ones the Kinder wore in 1938 as they fled their homelands, and placed at the front of the memorial in London. This memorial activism not only raise issues about how we are helping refugees today, but it also sheds a questioning light on our history and memory of welcome and refuge.

This past week we have heard the moving pleas from politicians and religious leaders to bring forward a modern day Kindertransport to aid Ukrainian refugee children.

But should we look to the Kindertransport as the standout model of a successful rescue operation? After all it is not without its flaws.

For example, the Kindertransport of the late 1930s and early 1940s was not a family reunion scheme as parents were not permitted to accompany their children to safety. Instead they were forced to escape by other means such as applying for domestic visas or crossing several borders to reach places such as Shanghai.

The refuge granted to the refugee children was also temporary and offered little long-term security. It was envisaged that the children would make further journeys to America and Palestine. Does this not call into question the very notion of safety? Safety should be an ongoing obligation of the host nation.

In fact, the last Kindertransport to Britain was actually in 1940 and there were many other movements of Jewish children taking place as war raged in Europe.

There are clear connections between the Kindertransport and the refugees fleeing Ukraine. The scenes of fathers placing their children on humanitarian trains not knowing if they will see them again are chilling to witness. Some of the children today are travelling without their parents as they were orphaned prior to the war or separated as a result of it. However, others are trying to escape with their mothers and grandparents.

While this does offer a most needed way out it does not avoid the trauma of family separation. Truly living the lessons of the Kindertransport would surly mean implementing a much more family-oriented refugee policy.

Do we not need what Rabbi Jonathan Romain refers to a “Ukrainetransport”, whereby families are brought to Britain on a visa waiver scheme? The Kindertransport denotes the rescue of children whereas a Ukrainetransport refers to refugees of all ages.

This activism not only encourages empathy towards refugees past and present; it also implores us to acknowledge how refugees are constantly being dislodged from their lands of birth.

The day after the rocket fell near to the Babyn Yar Holocaust Memorial the House of Lords voted in favour of Lord Alfred Dubs’ family reunion amendment. This will open a safe route for unaccompanied child refugees in Europe to reunite with family here in Britain.

At a time when the government was stalling over allowing Ukrainian refugees to come to this country, the Lords also voted against the Nationality and Borders Bill – taking particular exception to provisions to introduce offshore detention camps for refugee and asylum seekers.

We must not forget that some Kinder were interned as enemy aliens during the Second World War. They were uprooted because of their Jewish background but then faced discrimination in Britain because of their Germanness. Some were even sent as internees to Canada and Australia.

As recently as November 2021, the Paddington Bear memorial at Paddington Station, London was a site of memorial activism. The story of this refugee bear was inspired by the Kindertransport. Strikingly, the Ukrainian President, Volodymyr Zelenskyy was the voice of the Paddington film when it was shown in Ukraine. Freedom from Torture actually showed Paddington (the memorial) being arrested because he arrived in Britain on a boat.

This was a direct challenge to the unfairness of a law that could prosecute refugees who arrive as stowaways. Appeals to help Ukrainian refugees today have also encouraged people to readdress what Britain is doing for refugees. Calls for “a modern day Kindertransport” were also heard during the recent Afghanistan refugee crisis but with limited impact.

Activism of course goes beyond what is happening around memorials. On a personal level Kindertransport survivors like Lord Dubs are having an impact. Lord Dubs uses his testimony as a platform to encourage us to be more sympathetic towards refugees, drawing links between his personal experiences and the fate of refugees today. Kindertransport families have offered to open their homes to Ukrainian refugees and members of the second generation of those who rescued the Kinder such as Barbara Winton, daughter of Sir Nicholas Winton who helped bring hundreds of Czech Kinder to Britain, are all too aware of the need to act when doors are closing. Likewise, charities such as World Jewish Relief, who were the Central British Fund in 1930s and who assisted the Kinder, have set upon their Ukraine Appeal.

Only recently I worked with a school in Russia to create a Kindertransport exhibition which reflected upon survivors’ stories. Exhibitions can make a difference. In 2019, an exhibition in Augsburg, Germany drew parallels between the Kindertransport and today’s refugees from Afghanistan, Iran and Syria, for instance. And now, in Germany – the country which exiled the Kinder – there have been emotional scenes of volunteers and officials welcoming refugees. Poland, a nation where some Kinder have family connections, has also embraced those pouring out of the refugee trains.

Memorial activism can and is making a difference as this pressure can galvanise governments to act and not rest on their laurels. I am reminded of the Kinder who have Ukrainian heritage and how current events can reinforce the need to listen and learn from survivors as well as refugees today. It is worrying though when Russian children are detained for placing flowers outside the Ukrainian Embassy. Their activism was not met with warmth or openness.

About the Author
Dr Amy Williams is currently working with Mitteldeutscher Verlag, Yale University Press, and Camden House to produce new books on the history and memory of the Kindertransport. She is a part-time lecturer at Nottingham Trent University and recently appeared on the BBC series Great British Railway Journeys.
Comments