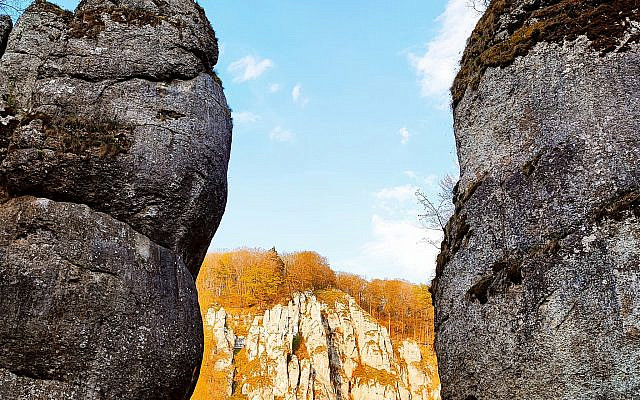 Can apology become hybrid warfare at the front of the politics of memory?

Has 40 % of the USSR Jews become the victims of the Holocaust?

President Putin apologized to PM Bennett in a way so that there is no trace of such an apology in the Kremlin or Russian news outlets. They mention the Israeli Independence Day phone call by Putin but as of May 6th deny any apology. The Russian FM Lavrov’s antisemitic remarks on May 1st were an element of the Russian internal policy to consolidate the Russians along the lines of antisemitism and divert their attention from the political and economic misery of their leadership. It was always working in Russia.

In the XX century, it started when the Tsarist Okhrana published Protocols of the Elders of Zion in 1903. Those led to pogroms.

Stalin’s revolutionary obsession to differentiate between the “Jewish faction” and the “true Russian faction in Bolshevism” led to the 1936 Trotsky faction purges.

The murder of Solomon Mikhoels in January 1948 was Stalin’s way to silence the truth about the Holocaust narrative in separation from Soviet citizens’ losses and to temper the surviving Jewish community.

From December 1948 the USSR started the campaign against” rootless cosmopolitans” while at the same time banning emigration so that to torture its Jewish citizens some more.

From 1951 to 1953 the Kremlin doctors’ plot was investigated as the last Stalin’s sponsored antisemitic campaigns.

A wave of USSR antisemitism under Brezhnev followed the Israeli victory in Six-Day War in 1967.

Antisemitism was historically used as a political tool to divert the possible rage of the people from the authorities into the Russian Jewish community.

Putin in his phone conversation with PM Bennett was mostly interested in capitalizing on the Russian politics of memory in his run-up to the May 9th victory day in Red Square. Only in 2017 the Israeli Knesset established May 9th as the Victory in Europe Day to be formally celebrated. This goes against the entire western allied tradition of celebrating May 8th as the end of WW II.  It happened around the same time when Moshe Kantor started to mingle into the historical narrative in Israel, to the level that on January 27th, 2020, the Yad Vashem narrative became his victim. The Israeli lawmakers willingly accepted May 9th, but I do hope they are not going to trade September 1st, 1939, for Russia celebrated June 22nd, 1941, as the WW II beginning date.

In his phone call, Putin played on emotions and adhered to common Jewish – Soviet losses during the Holocaust. He mentioned the statistics of 40 % of USSR Jews becoming victims of the Holocaust in his attempt to stress the common Israeli – USSR – Russian suffering.

“Putin recalled that of the six million Jews who died because of Nazi crimes, 40% were citizens of the USSR. The President of the Russian Federation also asked the Prime Minister of Israel to convey wishes of health and prosperity to the veterans of the Great Patriotic War living in his country.” RIA Novosti about the phone call.

This is an old Russian trick to invoke USSR WW II losses and reduce them to the Russian experience. In the past, they had no shame in officially presenting the victims from their 1939 occupied territories of Poland, including local Jews, as the Russian WW II losses. They had no shame to include the Soviet regime victims in the Russian civilian population losses at the hands of the German Nazis.

Two days before the Russian invasion of Ukraine, the Russian State Duma introduced a bill attaching fines and prison sentences to a 2021 law banning “any public attempt to equate the aims and actions of the Soviet Union and Nazi Germany during World War II, as well as to deny the decisive role of the Soviet people in the victory over fascism.” In such a way contemporary Russia attempts to erase the fact that they have started WW II shoulder to shoulder with Nazi Germany in September 1939 based on the Molotov–Ribbentrop Pact. They try to erase the fact of extremely brutal Soviet Russia’s occupation of eastern Poland, nowadays western Ukraine, and Belarus. They try to erase the fact of mass deportations of over 320.000 Polish citizens of which 70.000 were Jewish, 25.000 Ukrainian, and 20.000 Belarusian into Siberia. The Russian filtration camps were used in 1940, as we know them today established for the Mariupol population.

Finally, today’s Russian Duma lawmakers try to deny the fact that Soviet Russia conducted the first genocide during WW II.  In the spring of 1940, they conducted the mass murder of 22.000 Polish officers in Katyn, Kharkiv, and Miednoje. Among those, there were seven hundred Polish Jewish officers murdered.

Let us then look at the number invoked by Putin or at least relayed in all the Russian news agencies and newspapers of 40 % of Holocaust victims being USSR citizens.

70.000 of the Holocaust victims in Russia

2000 of the Holocaust victims in Estonia

71.500 of the Holocaust victims in Latvia

220.000 of the Holocaust victims in Lithuania including the territories of Vilna and the seven districts east of the city incorporated into Lithuania after the partition and occupation of Poland.

For comparison, the total number of Polish Jewry in 1939 was 3.250.000 making 10 % of the total population. A major part of this Jewish population was from September 1939 under the Soviet occupation of eastern Poland and was convinced or coerced to take the USSR citizenship.

From the data above we learn that Russia lost 70.000 of its Jewish population during the Holocaust. Even applying Kremlin’s mathematics and including additional hundreds of thousands of Jewish victims from Eastern Belarus and Ukraine, incorporated into the USSR in 1922, this does not make up 40 % of the total of 6.000.000 Holocaust victims.

Contemporary Russia is in denial of starting WW II by the occupation of Eastern Poland, Estonia, Latvia, and Lithuania. At the same time, Russia includes the victims from those countries into the statistical 40 % of Holocaust victims in USSR creating, a political phone call needed Russian – Israeli brotherhood in suffering. Putin swiftly went from the Lavrov’s Ministry accusation of Israel of supporting Nazis on May 2nd into including Russia through USSR heritage as one of the major Holocaust victims. If the Russian state ideology of the day is incoherent with the facts and laws recently voted in, then too bad for the facts and laws.

About the Author
I hold an MA in International Relations and Politics and an MA in Middle East Studies, both from the Jagiellonian University in Krakow. I am a PhD in the field of Political Studies, writing on the changing patterns of Holocaust and Auschwitz memory. I am a scholar of comparative genocide studies and author of a book "Auschwitz after Auschwitz". I work professionally as Jewish genealogist. I am a guide and genealogist through complicated matters and sites. My research company Polin Travel was initiated in 2000 to merge three of my passions: Jewish history, genealogy, and guiding. The last 20 years brought many explorations, genealogical finds, and emotions that proved to be transformative for me and my clients. Pursuing an academic career I don't lose sight of moving my travel activities on-line with first successful on-line guided tours, on-line genealogy, supported with customized films, and lectures. During the COVID pandemic I initiated a new visual history and historical site interpretation project SKY HERITAGE PICTURES.
Comments