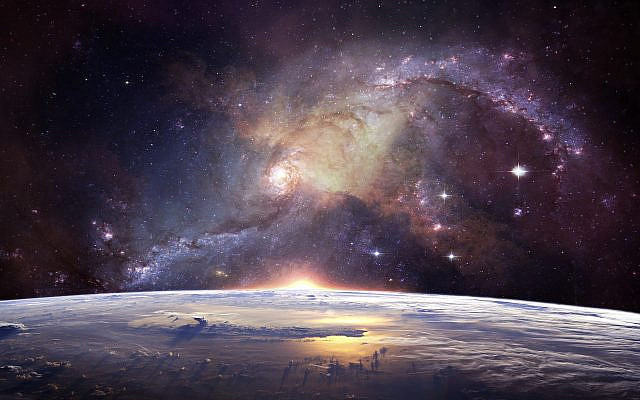 "Change a life, and you begin to change the universe. That is how we make a difference: one life at a time, one day at a time, one act at a time." (Image by Pixabay)

In his Hilchot Teshuvah (Laws of Repentance), Moses Maimonides makes one of the most empowering statements in religious literature. Having explained that we, and the world, are judged by the majority of our deeds, he continues:

Therefore we should see ourselves throughout the year as if our deeds and those of the world are evenly poised between good and bad, so that our next act may change both the balance of our lives and that of the world.[1]

We can make a difference, and it is potentially immense. That should be our mindset, always.

Few statements are more at odds with the way the world seems to us most of the time. Each of us knows that there is only one of us, and that there are seven billion others in the world today. What conceivable difference can we make? We are no more than a wave in the ocean, a grain of sand on the seashore, dust on the surface of infinity. Is it conceivable that with one act we could change the trajectory of our life, let alone that of humanity as a whole? Our parsha tells us that yes, it is.

As the story of Jacob’s children unfolds, there is a rapid rise of tension among his children that threatens to spill over into violence. Joseph, eleventh of the twelve, is Jacob’s favourite son. He was, says the Torah, the child of Jacob’s old age. More significantly, he was the first child of Jacob’s beloved wife Rachel. Jacob “loved Joseph more than all his other sons” (Gen. 37:3), and they knew it and resented it. They were jealous of their father’s love. They were provoked by Joseph’s dreams of greatness. The sight of the multi-coloured robe Jacob had given him as a token of his love provoked them to anger.

Then came the moment of opportunity. The brothers were away far from home tending the flocks when Joseph appeared in the distance, sent by Jacob to see how they were doing. Their envy and anger reached boiling point, and they resolved to take violent revenge.

“Here comes the dreamer!” they said to one other. “Now let us kill him and throw him into one of the pits – we can say that a wild animal devoured him – then we shall see what comes of his dreams! (Gen. 37:19–20)

Only one of the brothers disagreed: Reuben. He knew that what they were proposing was very wrong, and he protested. At this point the Torah does something extraordinary. It makes a statement that cannot be literally true, and we, reading the story, know this. The text says:

We know this cannot be true because of what happens next. Reuben, realising that he is only one against many, devises a stratagem. He says, Let us not kill him. Let us throw him alive into this pit in the desert, and let him die. That way, we will not be directly guilty of murder. His intention was to come back to the cistern later, when the others were elsewhere, and rescue Joseph. When the Torah says, Reuben heard this and saved him from them, it is using the principle that “God accounts a good intention as a deed.”[2] Reuben wanted to save Joseph and intended to do so, but in fact he failed. The moment passed, and by the time he acted, it was already too late. Returning to the cistern, he found Joseph already gone, sold as a slave.

On this, a Midrash says:

Had Reuben known that the Holy One blessed be He would write about him, “When Reuben heard this, he saved him,” he would have lifted Joseph bodily onto his shoulders and taken him back to his father.[3]

To be sure, God had already told Abraham, many years earlier:

“Know with certainty that your descendants will be strangers in a country not their own, and there they will be enslaved and oppressed for four hundred years. (Gen. 15:13)

The Israelites would have become slaves, come what may. But at least they would not have had this happen as a result of their own family dysfunctions. An entire chapter of Jewish guilt and shame might have been avoided.

If only Reuben had known what we know. If only he had been able to read the book. But we never can read the book that tells of the long-term consequences of our acts. We never know how much we affect the lives of others.

There is a story I find very moving, about how in 1966 an eleven-year-old African-American boy moved with his family to a hitherto white neighbourhood in Washington.[4] Sitting with his brothers and sisters on the front step of the house, he waited to see how they would be greeted. They were not. Passers-by turned to look at them, but no-one gave them a smile or even a glance of recognition. All the fearful stories he had heard about how whites treated Blacks seemed to be coming true. Years later, writing about those first days in their new home, he says, “I knew we were not welcome here. I knew we would not be liked here. I knew we would have no friends here. I knew we should not have moved here.”

As he was thinking those thoughts, a woman passed by on the other side of the road. She turned to the children and with a broad smile said, “Welcome!” Disappearing into the house, she emerged minutes later with a tray laden with drinks and cream cheese and jam sandwiches which she brought over to the children, making them feel at home. That moment – the young man later wrote – changed his life. It gave him a sense of belonging where there was none before. It made him realise, at a time when race relations in the United States were still fraught, that a Black family could feel at home in a white area and that there could be relationships that were colourblind. Over the years, he learned to admire much about the woman across the street, but it was that first spontaneous act of greeting that became, for him, a definitive memory. It broke down a wall of separation and turned strangers into friends.

The young man, Stephen Carter, eventually became a law professor at Yale and wrote a book about what he learned that day. He called it Civility. The name of the woman, he tells us, was Sara Kestenbaum, and she died all too young. He adds that it was no coincidence that she was a religious Jew. “In the Jewish tradition,” he notes, such civility is called “chessed – the doing of acts of kindness – which is in turn derived from the understanding that human beings are made in the image of God.”

“Civility,” he continues, “itself may be seen as part of chessed: it does indeed require kindnesses toward our fellow citizens, including the ones who are strangers, and even when it is hard.”

To this day, I can close my eyes and feel on my tongue the smooth, slick sweetness of the cream cheese and jelly sandwiches that I gobbled on that summer afternoon when I discovered how a single act of genuine and unassuming civility can change a life forever.

A single life, says the Mishnah, is like a universe.[5] Change a life, and you begin to change the universe. That is how we make a difference: one life at a time, one day at a time, one act at a time. We never know in advance what effect a single act may have. Sometimes we never know it at all. Sara Kestenbaum, like Reuben, never did have the chance to read the book that told the story of the long-term consequences of that moment. But she acted. She did not hesitate. Neither, said Maimonides, should we. Our next act might tilt the balance of someone else’s life as well as our own.

We are not inconsequential. We can make a difference to our world. When we do so, we become God’s partners in the work of redemption, bringing the world that is a little closer to the world that ought to be.

These questions come from this week’s new Family Edition to Rabbi Sacks’ Covenant & Conversation. For additional interactive, multi-generational study, check out the full edition at https://www.rabbisacks.org/covenant-conversation-family-edition/vayeshev/how-to-change-the-world/