As we go towards a third election this week, and considering that we may be stuck yet again with no conclusive outcome, I wanted to share with you some ways in which you can ensure that at least some things do get a conclusive outcome.  What am I talking about? Children, gifts, and divorce.

Now, most of us give gifts of some sort to our children – some financial and some not financial.  Today I am going to address some of the financial gifts – whether it be giving them cash out-right or helping them to make major purchases – i.e. like buying an apartment. 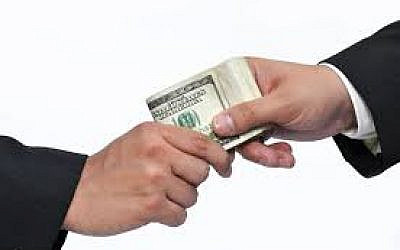 Now I know that none of us want to think about our children getting divorced (and quite frankly, I have told people many times that if their children are having marital issues that it would probably be a much better investment to pay for marital counselling for their children rather than to pay legal fees to me for divorce later on), but the fact is that one out of three marriages in Israel ends in divorce.

So… what happens to gifts that you gave to one of your children and the time comes that they are getting a divorce?  First, we should look at the general rule regarding the division of assets in case of divorce. That rule dictates that, absent a pre-nuptial or other legally binding agreement, assets that were accumulated during the course of a marriage (as well as debts) are to be split equally.  That means that, if for example you gave one of your children 500,000 NIS to purchase an apartment together with his or her spouse, when they get divorced your son or daughter will not get a credit for that 500,000 NIS, but rather each of the spouses will get the benefit of that gift.  You may feel that this is your intent when you made the gift – but would that feeling change if divorce came only one or two years after the gift was made? If so you may wish to “undo” the gift – but you can’t.

The problem is that once the gift is made it is legally complex (and usually impossible) to undo. Therefore, you have to take the proper steps when making the gift to ensure that in case of divorce your child gets the monetary credit for the gift that you made.

There are a number of ways that this can be achieved.

Another way is for you as the person giving the gift to be the owner of part of what the gift is being used for.  In other words, let’s say that your son and his wife are purchasing an apartment for 1,500,000 NIS and you are giving the same 500,000 NIS gift.  You may want to be registered as the owner of one third of the apartment and then in case of divorce you would get one third of the proceeds.

A third way is to structure the gift as a loan.  If you do this, then you have to have both your child and his or her spouse sign on a formal loan agreement and register a notification against the deed in the land registry regarding the loan and its terms.

All of these are different manners by which you can protect gifts made to your children.  While none of them are one hundred percent iron clad and non-challengeable in every case, by getting proper legal advice and having the proper documentation drawn up, you will vastly increase the chances that in case of divorce your hard-earned money goes into the hands of the person that you intended.

Again – by taking the proper actions in advance you may be able to help your children avoid getting into loops of non-conclusive outcomes like we seem to be doing in our political system.

Now happy election day #3 get out there and vote!