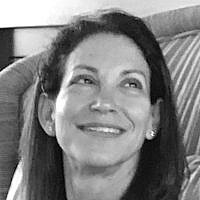 I’ve lived in Israel for almost 30 years and I still haven’t figured it out. Although Jewish by birth, by history, by practice (back in the States) — there are times here in Israel, that I feel primarily Jewish by association.

When I came here as a tourist, decades ago, it all seemed so simple. I spread my palm on the Western Wall and felt something intense: a blessed connection with a people, with a heritage that stretched back millennia. It was powerful, it was strong, and most significantly, it was crystal clear.

Growing up in Philadelphia, I felt much the same. I knew where I belonged and to whom. I attended Sunday school and spent every summer at a Jewish (UAHC then, URJ now) camp in the Poconos. High holidays were spent in an awe-inspiring sanctuary on North Broad Street. By the time I celebrated my Bat Mitzvah, I knew most of the prayers intended to welcome God and sing his praise, those sprinkled throughout the services as well as those which preceded and followed reading from the Torah. I knew when to stand up and when to bow my head, and, even more significantly, knew that these were signs of respect and adoration. The way to acknowledge a spiritual connection to an embracing heritage, something beyond the purview of my life, was clear and my religious affiliation, my place within the Reform community in Philadelphia, was strong and undeniable.

It was also, in its own way, life-giving. And it is precisely for this fact, that I presently feel its absence so intensely. Since moving to Israel decades ago, although most obviously connected to my religion, my calendar organized by a relatively-even sprinkling of holidays as well as the weekly Shabbat, I have been unable to find a proper way to practice my faith.

Putting that sentiment down on paper is awkward and I imagine, in the reading, quite ludicrous. But a fact is a fact. And, although for some time I figured this situation would sort itself out, that I would somehow discover a way to observe my religion here in Israel, to reaffirm my connection to this ancient heritage in a more active manner, this has not, to my great dismay, come to pass. Instead, there are certain times of the year, most obviously the High Holidays, when I find myself completely unmoored, even a bit envious of my “religious” friends, active members of our community synagogue. They seem to benefit from that layer of protective, life-giving spirituality that I remember enjoying as a child; a kind of second skin akin to that purposefully developed by the Eskimos to protect them from their harsh environs.

When I raise the subject with local friends, they tell me I’m being ridiculous; that the life I live in Israel is, by definition, a Jewish one; that living here counts as practicing my faith. They insist that having pitched my tent in the Holy Land, I no longer need to attend to all those “trappings” that defined my religious life back in the States. But somehow, the concept that “place,” albeit this extraordinary place, is enough, falls short. Without being part of a ritual, taking the time to step out of my everyday life, bow my head, and engage in those customs that were part and parcel of embracing my faith back in the States, a holy day feels just like any other.

I take full responsibility for this vacuum. I admit that I’ve bought into the idea that digging one’s toes into the holy firmament of this land, that same precious soil that’s collected worldwide in tiny glass vials and lovingly displayed on a shelf, is enough and have consciously neglected any official kind of religious affiliation. The reasons, or rather, excuses, have been multiple: other commitments, inconvenience, too much Hebrew, not enough English, discomfort with orthodox seating arrangements and, alternatively, just as much discomfort with some of the various local progressive approaches. And these are, of course, only the tip of the iceberg.

I have chosen, instead, to be a secular Israeli, celebrating my faith like so many others here by partaking in a meal sporting one or another traditional offering; by wandering over to the local synagogue to hear Kol Nidre, by fasting on Yom Kippur and refraining from leavened bread on Passover. How fortunate that our religion offers such a wealth of traditional practices.

But as I watch my children enter their adulthood, go off into the world (and by that I mean beyond the borders of this tiny country) and figure out how to incorporate the religious birthright they’ve inherited into their daily lives, I realize that our life in Israel–albeit replete with a dedication to tradition, no apple left un-dipped, not one line of the Haggadah left un-recited–has provided them with a rather tenuous connection to their faith.

I worry that knowing they’re Jewish, may not be enough.

But that will be their issue and not mine. Just as the void left by my past is mine and not theirs.

My children may never feel the need to step out of their world to connect to their spirituality as do I; their year organized by, and chock-a-block with, get-togethers featuring holiday-appropriate fare. Growing up in Israel has, ironically, given them a way to lead a Jewish life that I can only envy, their faith firmly confirmed through a casual “Shabbat Shalom” uttered as they leave the gym on Friday afternoon, the sudden flare of light as a Hanukkah candle is kindled, the hearty chanting of “Who knows One?” at the annual Seder.

Tangled up in this narrative is a lesson about abundance; the understanding that having a great deal — say, a wealth of tradition — might just be enough. There’s more than a little precedent for this in our history. To start with, there was that very small quantity of oil… 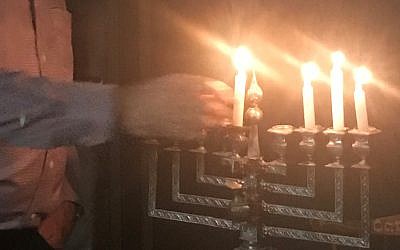