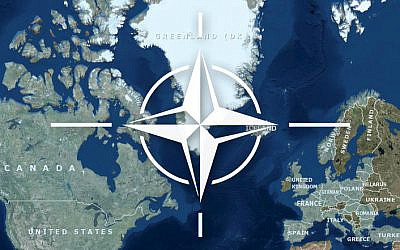 How can little Norway so close to Russia be safe?

Norway’s population is only 5.368 million, smaller than Israel. The total Norwegian Armed Forces personnel is roughly one tenth that of Israel.

Right next to Norway is the Kola peninsula, the base of Russian Northern Fleet and Russian air and land forces protecting the nuclear submarine bases. Russian forces there are vastly larger than those of Norway.

So maybe there is flurry of diplomatic activity with Norway engaging Russia peacefully, similar to how Israel actively pursues diplomatic engagement with Russia?

Nothing of the sort. There is not much happening between Norway and Russia diplomatically, and also not much trade. So how come Norway is not worried?

The answer is, Norway is not alone. Norway is a member of NATO.

“The principle of collective defence is at the very heart of NATO’s founding treaty. It remains a unique and enduring principle that binds its members together, committing them to protect each other and setting a spirit of solidarity within the Alliance.”

This is why Norway is not worried, because NATO, if needed, can bring into the waters of North Atlantic and the Barents Sea forces that are greater than Russian forces facing Norway.

NATO nations are highlighted in the map above. They include Turkey, something not everyone is aware of in Israel. Right now Turkey is making sure that the anti-Western warlord will fail in his attempt to seize power in Libya.

Can Israel become a member of NATO?

Israel would be an appreciated added asset to NATO forces as a powerful ally in Eastern Mediterranean. But there are problems that need to be resolved first.

If a NATO member is in a state of war, then Article 5 implies that all other NATO allies will automatically be at war.

But Israel does need to worry about the border with Palestine. NATO would not want to be at war with Palestine, because NATO wants to be a friend of Arab nations. So the issue of Israel and Palestine needs to be peacefully resolved before Israel can become a member of NATO.

How strategically important is the Jordan Valley?

Jordan Valley was of great importance after the Six Day War. Its importance was similar to that of the Suez Canal, a natural obstacle for attacking enemy columns, as some distance from Israel proper. In a hypothetical scenario where Israel would be attacked by large enemy ground forces moving through Jordan stopping them at the river Jordan would be of critical importance.

Fifty years ago the movements were slower than now and distances seemed larger. Jordan Valley seems like a large place to Israelis because Israel is a small country. From the view point of NATO Jordan Valley is a place close to the Mediterranean shore where forces could be landed by air if needed in the course of a few hours.

If Israel wanted to become a member of NATO, then the first thing to do would be to propose an Israeli peace plan that would be supported by European NATO members and Canada. If the plan would result in peaceful and pro-Western Palestine, there is no reason they would not support it. They would then engage both Israel and Palestine to help them reach an agreement that would make them both a secure part of the free world, like Europe or Canada.

A reasonable Israeli plan would include regular free and fair elections for Palestinians, a free trade agreement between Palestine and Israel, and referendums that would let local people express their wishes when drawing the Israeli-Palestinian border, held on both sides of the future border.

This would be the end of Israeli-Palestinian conflict and the beginning of peaceful and free life.

A different way of asking this question would be, is the world view of Israelis democratic, or is it nationalistic?

Still another way to put this question would be, is the West Bank important as strategic depth or is it important as suburban real estate for people now living in Tel Aviv and Netanya?

Only Israelis can answer these questions. The choice between nationalism and democracy is critical. This is what World War II was about. One cannot have both.

With the democratic world view, one cannot forget the human rights of people who belong to nations that are not your own.

With the nationalistic world view, one cannot forget the land across the border that one wants to own.

Hopefully the democratic world view would win in Israel and then NATO membership would make Israel as safe as Europe and North America are.

But if the nationalistic view wins, then NATO membership would be impossible. The history of the last hundred years teaches that there were large and powerful nationalistic regimes, and they lost. It is easy to understand why they lost: their nationalism alienated everyone else!

So if Israelis make the democratic choice, they will become safe as part of the most powerful alliance there is.