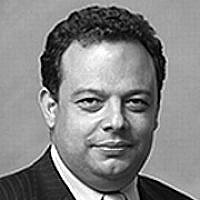 The Blogs
Tal Becker
Apply for a Blog
Please note that the posts on The Blogs are contributed by third parties. The opinions, facts and any media content in them are presented solely by the authors, and neither The Times of Israel nor its partners assume any responsibility for them. Please contact us in case of abuse. In case of abuse,
Report this post.

Lately, I have started worrying whether I am in fact Jewish. This is strange because I was born to Jewish parents, received a traditional Jewish education and have lived my entire life as a proud and engaged Jew. And yet, I have a sneaking suspicion that something may be wrong. I seem to have completely lost touch with what is widely considered a defining Jewish characteristic – the desire to argue.

Conventional wisdom suggests that the purpose of any Jewish conversation is to engage in vigorous debate over an issue, with each participant determined to sway their interlocutors over to their point of view. Winning the argument is the name of the game, losing it a disgrace.

But this version of Jewish blood sport has lost its appeal to me. I can’t remember why I should care whether the person next to me at shul, or sitting across the Shabbat table, should be persuaded by my reasoning. And I watch the viciousness and utter certainty displayed by some engaged in debate with a mixture of bemusement and repulsion.

Indeed, the very urge to argue seems, at some level, perplexing. It is not as if there is a realistic prospect that the Jewish people will reach consensus on any given issue. It is even less clear to me that consensus is a worthy aspiration. Rashi relating to the verse in Exodus 19:2 – in which the singular form is used to describe the Israelites camping at Mount Sinai – points out that only at Mount Sinai were the Jewish people “as one person, with one heart,” “but all other encampments were with strife and argument.” Little has changed.

I fear that this allergy to argument may be contagious. Especially when it comes to Israel’s challenges, it seems that more and more Jews steer clear of the issue out of fear that any discussion will just lead to bitterness, and poison what could otherwise be a pleasant social or family encounter. Some think that a major problem in the Jewish world is the nastiness of the debate over Israel, but a bigger problem may be that many Jews have been turned off debating the issues at all.

Perhaps part of what has made the very concept of argument unattractive is the idea that it is about winning and losing. There is sad paradox built in to this conception, because as philosopher Daniel Cohen has pointed out, the nominal “loser” in the argument is the one that has learned something new. The “winner” of an argument has swayed others to accept his point of view. But educationally, he has not expanded his horizons. The educational benefit is gained by the one persuaded to accept a different position and yet we equate that, in our language and culture, with defeat.

The problem with Jewish discourse over Israel’s challenges, or any other controversial issue for that matter, may not be related, at first instance, to the civility of the argument, but to how we understand what argument itself is about.

At its best, an argument is not a mere contest but a chance to reach outside ourselves for a truth beyond the limits of our own reason and imagination. Judaism is too rich, and the challenges the Jewish people face are too complex to embrace a conception of argument that pretends that any one opinion can exhaust the legitimate perspectives on an issue.

We should want a Jewish debate that reflects the pluralism, complexity and contradictions of our tradition and experience. And we should engage in argument, not mainly in order to persuade, but in order to refine and broaden our understanding. This does not mean the argument should be any less rigorous, or that poorly reasoned positions should not be weeded out. It means that the objective of an argument is to learn and not to win. It is a pedagogical exercise, not a competitive one.

At the beginning of The Guide for the Perplexed, Maimonides points out the dangers of being wedded to our first thoughts. A person, he writes, “should not decide any question by the first idea that suggests itself to his mind, or at once direct his thoughts and force them to obtain knowledge of the Creator…” (Part 1, Chapter 5). Maimonides sees our initial assumptions as obstacles to true learning, and counsels humility and patience as critical ingredients for wisdom. In this same spirit we could come to see argument as an opportunity to question and revise our assumptions, not to prove them. And if we truly internalize this idea in the culture of Jewish argument, civility in our debates will naturally come.

Are you persuaded yet?