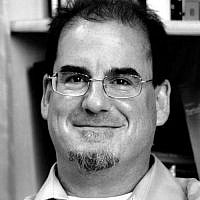 The Blogs
Ron E. Hassner
Apply for a Blog
Please note that the posts on The Blogs are contributed by third parties. The opinions, facts and any media content in them are presented solely by the authors, and neither The Times of Israel nor its partners assume any responsibility for them. Please contact us in case of abuse. In case of abuse,
Report this post. 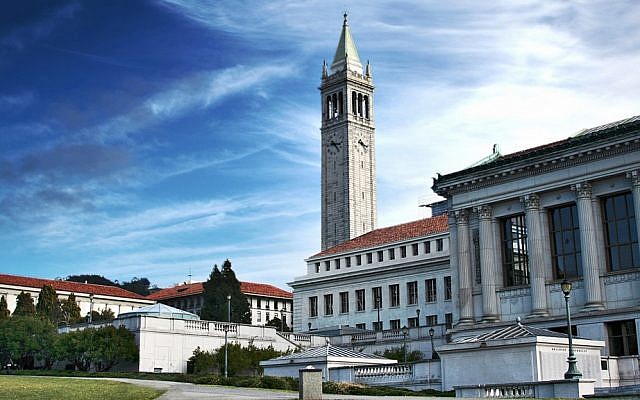 Last month, in a five-thirty a.m. vote that followed ten hours of speeches and deliberations, the University of California Berkeley student government passed a momentous resolution calling upon the university to divest from three companies that help Israel defend itself against Palestinian terrorism. One might well ask how this could be considered momentous. Doesn’t the Berkeley student government divest from this or that every other day? And hasn’t the university administration nullified all such calls to divest within hours of their passage?

Yes and yes, but this particular bill stands apart in one significant way. In the past, all efforts to divest from companies doing business with Israel (the only state against which University of California students are calling for divestment) were authored by the BDS (Boycott, Divestment and Sanction) movement, an international organization that rejects Israel’s existence and seeks to replace it with a Palestinian state. At Berkeley, astute student leaders recognized BDS as the true author of the bill and refused to pass it unless the resolution explicitly denounced that movement.

And so it came to pass that radical anti-Israel students, at Berkeley of all places, were forced to insert into their bill, at five different places, language saying the resolution “does not support Omar Barghouti, the leader of the Boycott, Divestment, and Sanctions (BDS), and his end goal of a one-state solution that would replace the state of Israel.” His movement, they proclaimed, “calls on a cultural and academic boycott, which hurts more people than just policymakers, is counterproductive to academic and cultural growth, and is an inherently different tactic than divesting from companies.” And they reiterated that their actions “should in no way be misconstrued as support for any other goals or beliefs related to the BDS movement.”

This comprehensive rejection of BDS characterized not just the bill but also the speeches that preceded the vote. Amazingly, speakers from both sides of the aisle joined in condemning BDS. Even divestment supporters realized that distancing themselves as much as humanly possible from the widely-reviled movement was key to persuading voters. Student government president Connor Landgraf later echoed these sentiments in his wholesale denigration of the bill. In an official statement, he cautioned: “The international BDS movement, which has been known to attach itself to this legislation, cannot and should not take this as its victory. In no way do I endorse the movement’s call for cultural and academic boycotts…”

For years now, the BDS movement in the United States has failed to enact any boycott against, or divestment from, Israel. Not once has it harmed Israel’s pockets or stature. Not once has it benefitted Palestinians, let alone the cause of peace, because it rejects entirely the concept of peace between a Jewish state of Israel and an Arab state of Palestine. Two weeks ago, the student government of America’s most radical student body rejected it outright, explicitly and repeatedly. If it cannot succeed at Berkeley, how can it ever hope to succeed elsewhere? It cannot. Berkeley killed BDS.

About the Author
Ron E. Hassner is the Helen Diller Family Chair in Israel Studies at U.C. Berkeley. His publications focus on territorial disputes, religion in the military, conflicts over holy places, and the pervasive role of religion on the modern battlefield; He is the author of War on Sacred Grounds (Cornell University Press, 2009) and the editor of Religion in the Military Worldwide (Cambridge University Press, 2013), as well as numerous articles and book chapters.
Comments