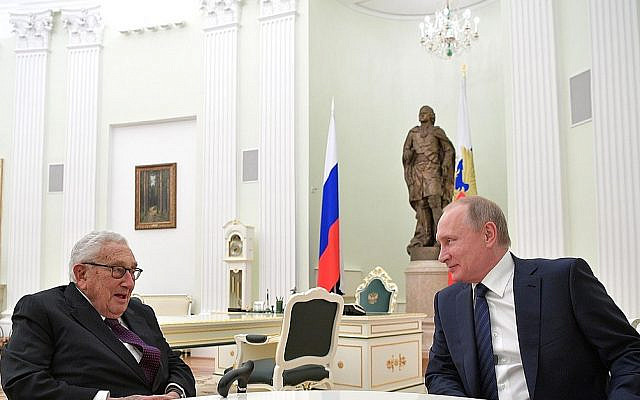 In family life, local politics or the community of nations, the practice of scapegoating helps us live the illusion that we are infallible, and truth belongs to us.

“Anyone who disagrees with me is obviously wrong”, says the optimistic fool.

Such an emotional pattern is comfortable in the short-term, in one’s family, among friends and in politics. It later leads to disaster, but it is initially pleasing to think we don’t need to question ourselves. There is no reason to learn anything from our own mistakes.  Those who think differently deserve our automatic contempt.

In every form of collective life, persistent attacks against this or that personality are scapegoating mechanisms. They are a subtle sort of voodoo. A false image of one’s opponent is created by repeating baseless accusations or insults. Such an image of the adversary is then persistently attacked, playing the role of a voodoo doll.

In a country where this type of political tactics is dominant, the spirit of democracy is at risk. When such a lack of veracity is not unmasked in the international community, the principle of dialogue among nations is questioned and the danger of war arises. If a Western country with nuclear weapons indulges in such psychological games against another nation with a nuclear arsenal, its government is suffering from a remarkable absence of lucidity.

Do We Need a Bogeyman?

The unjust persecution of those who do not fit in a forced consensus is not  a recent phenomenon. For long centuries, the Jews have been one of the chief scapegoats in Christian nations, but we cannot say the Jewish nation is alone in that. In more recent centuries they have had the company of black people, black nations, Asians and smaller Christian groups (like the Amish), to name a few examples. During the Cold War, the Russians were the great enemy. The land of Dostoevsky and Tolstoy played the convenient role of international bogeyman-in-chief and “source of every problem”. Of course, the United States did the same favor to the Russian Comrades.

The mechanism of using an individual, a group or nation as a scapegoat is mainly subconscious in some cases, at least for many persons involved, for it deals with the instinctive part of soul. It seeks – among other goals – to hide some important truth, a truth which, if properly accepted, could pave the way to the growth in wisdom of the larger community.

Scapegoating is a failed attempt to hide an uncomfortable fact from oneself and from others. It tries to delete a painful reality by stimulating fear from the unknown.  The feeling of inner insecurity will be disguised and covered up by the attitude of contempt and hatred. Let us see an example. By using your Deep State and your media to convincingly fabricate an international enemy, you can produce a global political climate of constant insecurity, which allows you to stimulate your military-industrial complex while keeping under closer control your own citizens.

The trick works for a time.  In the right moment, truth becomes apparent and failure cannot be avoided any longer. At any point it is worth remembering the fundamental law of life: what goes around comes around. What is sowed, is reaped sooner or later. Preserving a feeling of respect for our adversaries allows us to be realistic and balanced enough to learn from our own mistakes.

The presence of good sense in our lives is protected by the practice of sincerity, not by organized hatred. Falsehood is not a good adviser. An enduring anger destroys one’s lucidity. Every journalist knows that truthfulness is the first casualty in war, while peace makes sincerity possible.

The roots of peace are in one’s mind and soul. When good sense prevails, dishonest manipulation of community feelings is left aside and the leadership understands that the practice of hate makes one become morally inferior to the one who is hated. In the long term, inner strength makes the difference. Those who play the most significant role from a spiritual point of view are often the weakest on the material plane, and may be used as scapegoats.

In the correct practice of Eastern martial arts, however, there is no room for fear or rage. These two opposite feelings are seen as inseparable, and they easily become one another. An impersonal good will for all beings constitutes the root-source of self-control and the basic factor in an effective practice of martial arts.

When the focus of one’s perception works from the point of view of the higher levels of life, one’s external situation tends to naturally improve. We then do not have the unfortunate idea of seeking for scapegoats on whom to project our frustrations. In one’s family as among nations, abandoning hatred is better than the practice of finger-pointing.

The Writings of Henry Kissinger

Henry Kissinger is a singularly experienced statesman. He was directly involved both in the Vietnam War and the peace that ended it. Kissinger played a key role in the preparatory steps for the end of Cold War. While describing world history in his books, he shows the precarious alternation between periods of lucidity and equilibrium, on one hand, and paranoia, hatred and violence, on the other.  The two attitudes are usually combined in complex ways.

Kissinger examines in his writings some of the ways to transcend the political use of fear and hatred in international politics. He also has a number of friends in Russia and had several friendly meetings with Vladimir Putin, in Moscow. In a book first published in 2014, Kissinger says:

“Our age is insistently, at times desperately, in pursuit of a concept of world order. Chaos threatens side by side with unprecedented interdependence:  in the spread of weapons of mass destruction, the disintegration of states, the impact of environmental depredations, the persistence of genocidal practices, and the spread of new technologies threatening to drive conflict beyond human control or comprehension.”

“New methods of accessing and communicating information unite regions as never before and project events globally – but in a manner that inhibits reflection, demanding of leaders that they register instantaneous reactions in a form expressible in slogans. Are we facing a period in which forces beyond the restraints of any order determine the future?” [1]

The time has come to use common sense.

“Every age” – says Kissinger – “has its leitmotif, a set of beliefs that explains the universe, which inspires or consoles the individual by providing an explanation for the multiplicity of events impinging on him.”

“In the medieval period”, he adds, “it was religion; in the Enlightenment, it was Reason; in the nineteenth and twentieth centuries, it was nationalism combined with a view of history as a motivating force. Science and technology are the governing concepts of our age. They have brought about advances in human well-being unprecedented in history. Their evolution transcends traditional cultural constraints. Yet they have also produced weapons capable of destroying mankind.” [2]

As Jean-Jacques Rousseau wrote during the 18th century, more important than the amount of knowledge we may think we have, is the way we use it. Knowledge can be wasted away in unwise and harmful goals. Yet “integrity is even more precious to good people than erudition is to scholars”.  [3]

“Technology has brought about a means of communication permitting instantaneous contact between individuals or institutions in every part of the globe as well as the storage and retrieval of vast quantities of information at the touch of a button. Yet by what purposes is this technology informed?”

He then poses other questions:

* “What happens to international order if technology has become such a part of everyday life that it defines its own universe as the sole relevant one?”

* “Is the destructiveness of modern weapons technology so vast that a common fear may unite mankind in order to eliminate the scourge of war? Or will possession of these weapons create a permanent foreboding?”

* “Will the rapidity and scope of communication break down barriers between societies and individuals and provide transparency of such magnitude that the age-old dreams of a human community will come into being? Or will the opposite happen: Will mankind, amidst weapons of mass destruction, networked transparency, and the absence of privacy, propel itself into a world without limits or order, careening through crises without comprehending them?”  [4]

This is yet to be decided.

According to Kissinger, the time-honoured principles of international equilibrium among different powers – which make a sense of community possible – “are being challenged on all sides, sometimes in the name of world order itself”. [5]

The task of billions of good-willing people is to stop looking at life through the lens of narrow selfishness, individual and collective. Cultural differences and paradoxes are part of our richness and have to be preserved.

A prudent and brotherly view of the world can be shared by all.  Uniformity of thought is not desirable. A social contract and a common feeling will have to be gradually established among contrasting nations which, however, must deserve to be seen as reliable. Before world cooperation wins the day, small preparatory steps will be necessary.

[3] “Discourse on the Sciences and the Arts”, in the book “The Social Contract and the First and Second Discourses”, Jean-Jacques Rousseau, Tale University Press, New Haven and London, copyright 2002, 315 pp., see p. 47.

* On the Historical Unity of Russians and Ukrainians (an article by Vladimir Putin).