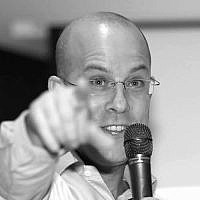 The utopian future in which all we’ll see on the road are autonomic cars which will help us at any given moment from the time we leave our house/office until we safely reach our destination is still a few decades away, but according to certain estimates, by the year 2020 there will be some 10 million autonomic vehicles on the road.

There’s no question that alongside the internet and smartphones this is one of the major revolutions in our lives which should save mankind trillions of dollars, save lives by preventing road accidents, improve our environment – the autonomic cars will be electric – we’ll probably switch from driving privately to ride-sharing, and some even claim that corrupt regimes whose power has been based on their petroleum reserves will topple as the value of oil plummets.

The realization of this vision requires the development of countless technologies that will enable autonomic cars to travel safely, deal with technical malfunctions and make top-speed decisions while gathering all road information through the interconnection of vehicles by internet. Estimates show that there are some 60 million private and public vehicles currently on the road which aren’t connected to the internet.

The tremendous challenge posed by switching to this kind of utopian world is twofold, since it involves a transitional period (divided into stages 1 to 5, depending on the vehicle’s degree of autonomy) in which autonomic and regular vehicles will be on the roads at the same time, so that the autonomic vehicles will have to learn to foresee and identify unpredictable and dangerous human behavior.

In Israel, typically, the tech industry has jumped on the bandwagon and over a hundred companies are now working on developing tools for the autonomic vehicle industry. First and foremost, the companies are dealing with the realms of safety as well as security, artificial intelligence, malfunctions and remedies and motor pool management. Mobileye, which was sold to Intel about a year ago for no less than $15 billion, is, of course, the most prominent. Mobileye develops, manufactures and markets advanced driver aid systems based on image processing technologies. The system issues a real-time alert about various collision dangers, identifies pedestrians and two-wheel vehicles, warns when the vehicle is straying from its lane and more.

Quite a few other Israeli companies are working in the field of safety: Innoviz , which developed the Innoviz-Pro, a detector which will be embedded in the autonomic vehicles’ systems in the manufacturing stage (most of the solutions developed so far are expensive and not meant for mass production); Foresight, which has developed a computerized vision system for semi-autonomic and autonomic vehicles which utilizes four cameras to detect obstacles in all weather and light conditions while minimizing false alarms; Arbe Robotics, which is developing high-res radar for Stage 4 and 5 autonomic vehicles; AdaSky, which is developing a thermal vision sensor for the autonomic vehicle industry which identifies pedestrians, markings or objects on the road from up to hundreds of yards away, and there are many others.

Autotalks is a company which utilizes internet connections to allow cars to “talk” to each other or to road utilities such as traffic lights, thus foreseeing potential accidents and preventing them based on vehicle-to-vehicle communications technology.

In the field of security, companies are working on inventions to prevent remote takeovers of vehicles. One of many is Argus, which is developing a technology to prevent the hacking of internet-linked vehicles and which was purchased by German automotive equipment giant Continental for $450 million. Upstream Security has developed a technology for protecting vehicles from hackers based on cloud services that use artificial intelligence  to process the information exchanged between the vehicle and its surroundings, thus detecting and thwarting threats in real time.

In the field of diagnostics and maintenance there’s Engie – an automotive diagnostics and maintenance system which is already in use in regular vehicles and will serve as a basis for remote diagnostics for autonomic vehicles. The system connects to the vehicle’s computer and monitors its condition in real time, issues alerts about malfunctions and their degree of severity, the necessary treatment and required solution. Moreover, the system allows for routine maintenance management and warns of malfunctions before they occur. The system provides a solution which also includes garage repairs and automatically locates nearby garages and compares prices – all in real time. For motor pools, which will take the place of the private car monopoly, Engie has developed Engie Fleet – a smart system for long-distance management and maintenance. The system is already relevant for car rental and leasing companies with large fleets of vehicles, car co-ops and so on. These remote management and diagnostic capabilities are becoming more and more in demand with the gradual transition to driverless autonomic vehicles alongside the transition to car co-ops and motor pools. It’s no longer the driver or the car owner dealing with the garage, instead, motor pool managers receive online warnings about the vehicle’s condition, detect malfunctions and deal with them long-distance.

Another field developers are focusing on is artificial intelligence. On one hand, the absence of a driver who can make decisions is a limitation; on the other hand the human factor is responsible for over 90% of road accidents, which is why many companies are working on developing tools for maximizing on-road decision-making.

Mobi-Wize Tactile Mobility, a Haifa-based company, has developed a technology based on IA and big data which allows autonomous vehicles to “feel the road” like a human driver and provides the car’s computers with insights that supplement the data they receive from radar and cameras so they can make educated decisions. Tactile Mobility’s technology processes, in real time and at a fast rate, data from the car’s physical sensors and “sense” the immediate dynamics between the vehicle and the road it’s traveling on and produces insights which are re-entered into the vehicle’s computers. . Phantom Auto, an Israeli company, offers a service which will make it possible to put a car on the road that can handle 90% of situations and to remote-control it in order to deal safely with all other situations – the driver can be in Tel Aviv while the car is on the road in the USA. In contrast, the Israeli Foretellix develops various potential situations that autonomic vehicles will have to deal with successfully in order to receive authorization to be put on the road.