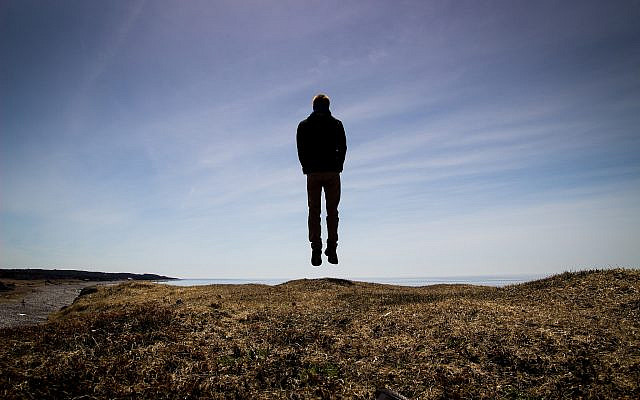 Photo by Andrew Spencer on Unsplash

What is a human being? What is our true nature and potential? Are we “only human,” or are we something more?

There is a profound difference between the Torah’s conception of a person and other non-Torah views. To appreciate this distinction, it is helpful to compare and contrast the terms that are used to describe humankind. The word with which the Torah designates humanity is “אָדָם/Adam.” In English, a person is referred to by the word “human.”

The Hebrew “adam” shares this connotation of earthliness. The word “אֲדָמָה/Adama” means “earth” or “ground.” On the simple level, it is because the human being was formed from the dust of the ground that s/he is called Adam. “And the Lord God formed man (ha’Adam) of the dust from the ground (ha’Adama), and He breathed into his nostrils the soul of life, and man became a living soul” (Genesis 2:7).

However, the sages, including the Shelah Hakadosh in his introduction to “Toldos Adam,” teach that there is another reason why humanity is referred to as ‘Adam.’ While the term links the human to her/his earthy origins, it has an additional connotation as well. ‘Adam’ is also derived from the word “adameh,” which means ‘like’ or ‘similar.’ The rabbis teach that humanity was given the name “adam” because we are “adameh l’Elyon/similar to the Most High” (Isaiah 14:14). In this sense of the word, our name indicates our loftiness and our resemblance to our Creator.

The human being, according to Torah, is thus “Adam,” a fusion of opposites, as we see from both of these connotations of her/his name. S/he is comprised of both the “earth/adama,” and of Godliness, “adameh l’Elyon/similar to the Most High.” The English/European ‘human,’ on the contrary, is strictly a creature of the earth. Nothing in her/his name suggests any relationship to the celestial. What has been lost in translation is the duality – the presence of holiness within the profane.

We can further see this limited view of mankind in the usage of the term “human” to express deficiency and weakness. We say that one is “only human,” to explain his/her frailty and to excuse her/his fallibility. We invoke “human nature” to describe our selfish tendencies and baser inclinations. When “human” is utilized in such a pejorative fashion, it is not only a justification and rationalization for our misbehavior, but it is a self-fulfilling prophecy. We cannot help ourselves, we assume, because it is simply the way we are.

But when we are “Adam,” on the contrary – when we are both “adama/earth” and “adameh l’elyon/similar to the Most High” – then we cannot say that we are “only human.” Unlike “human,” “Adam” is a term of great esteem. It would make no sense to say one is “only Godly” as an excuse for reprobate behavior. When one realizes that s/he is “adam,’ and not merely human, then s/he will not continue to be satisfied with being only earthly and failing to express the Godliness within her/him.

When we explore the nature and essence of what we truly are, we will carve through the misconceptions and deceptions, and we will ultimately reveal our true grandeur and holiness. We will find that we are tremendous and full of infinite potential. We have a purpose and every ability to fulfill it. This awareness imbues incredible self-esteem and dispels all of the insecurity and angst that has characterized so much of human existence until now. It removes the sackcloth of self-recrimination and self-flagellation and enables us to change into the robes that are fit for our royalty. We will expect more of ourselves when we understand our true selves, and when we see ourselves as nobles rather than brutes. We will live our best lives when we realize that our lives are precious and divine.