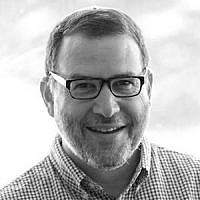 The Blogs
Daniel C. Laufer
Apply for a Blog
Advertisement
Please note that the posts on The Blogs are contributed by third parties. The opinions, facts and any media content in them are presented solely by the authors, and neither The Times of Israel nor its partners assume any responsibility for them. Please contact us in case of abuse. In case of abuse,
Report this post.

It is amazing how personalities can be expressed through pictures. In the second installment of Humans of Yerushalayim (HOY), Tichon Ramah Yerushalayim (TRY) students capture the faces, expressions and thoughts of the people who live in this colorful city. The beauty of HOY is sharing this diversity and offering a peek at the people who make up Jerusalem.

Be sure to view Part I of the Humans of Yerushalayim blog series, and take a look at our behind-the-scenes documentary. You have to love the message of hope and community as expressed by the students at the end of the film. 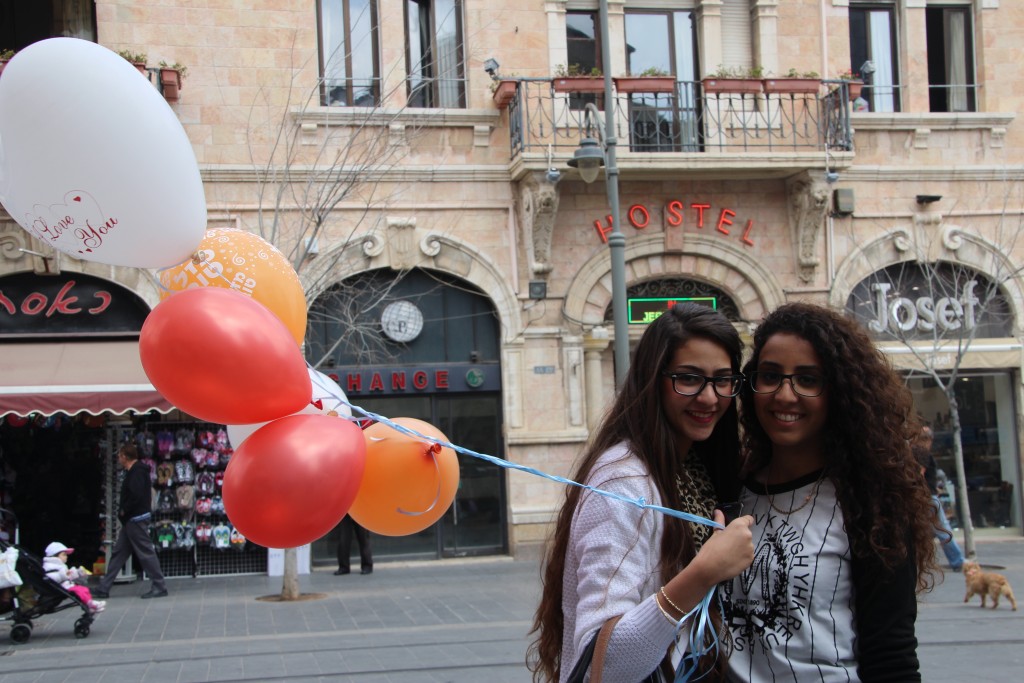 “Who are the balloons for?”

“What will be the happiest moment of your life?”

“When I get married.” 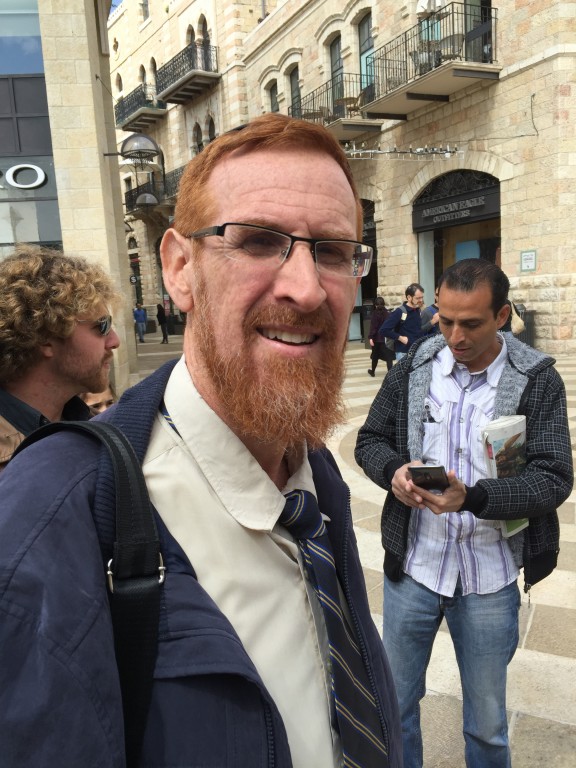 “How long have you been in Israel?”

“We made aliyah just 40 years ago, I was nine years old at the time. My father was part of the establishment of the Be’er Sheva Medical School and we moved from a small little outpost called New York to a huge city called Beersheva. We have an apartment in Jerusalem. And right now, I’m in the apartment … recovering… rehabilitating.”

“What is your job?

“Can you tell us what happened to you this past fall?”

“29th of October, 10 pm, coming out of an annual convention of my organization, the Temple Mount Heritage Foundation, and I was approached by a gentleman on a motorcycle who told me that I am an enemy of Islam and he point blank shot me, four bullets, center of my body, one of them right over there [points to his arm], and the other three around my chest and stomach. The optimistic doctors gave me a 5% chance to survive, less ones gave me 2%…and today, thanks to G-d and his messengers, Israeli medical services, my family, millions of people around the world who prayed for me, thanks to all them, I’m broadcasting live right now.” 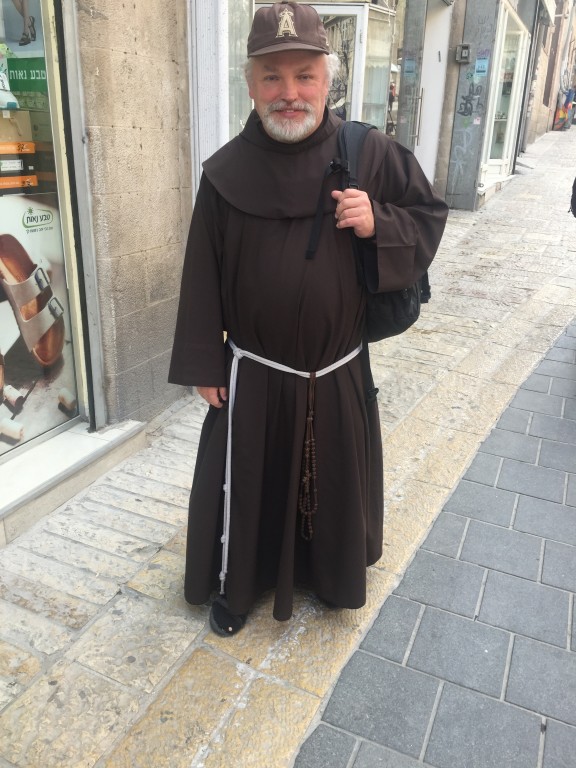 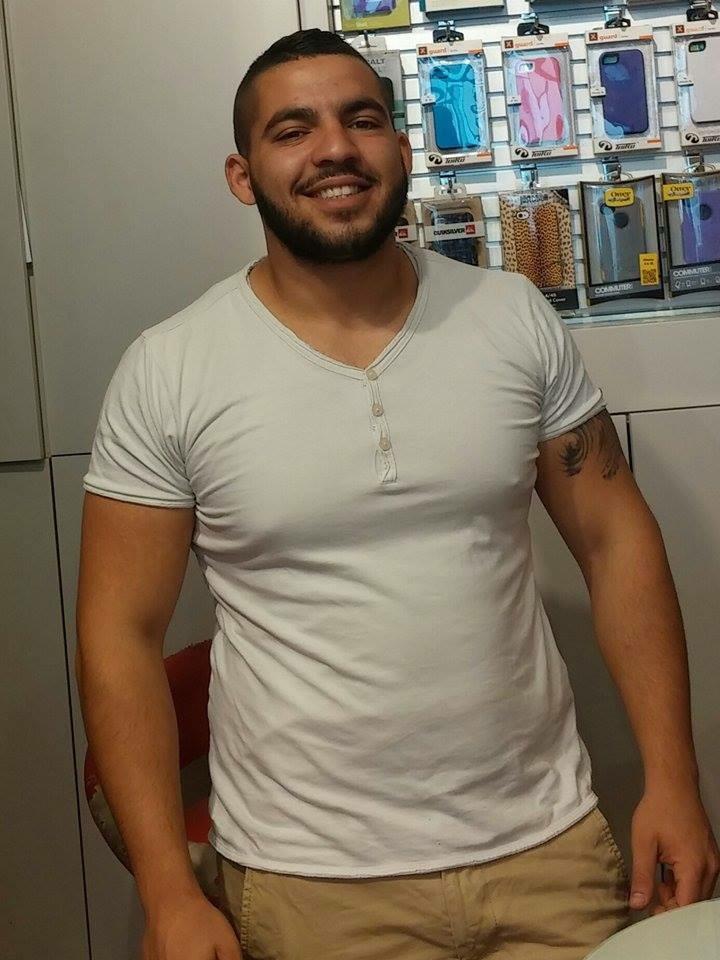 “What did you feel after the war last summer?”

“Being in the last war, Tzuk Eitan (Operation Protective Edge), gave me perspective on life as I watched my friends, my brothers, enter with me into Gaza and never return.” 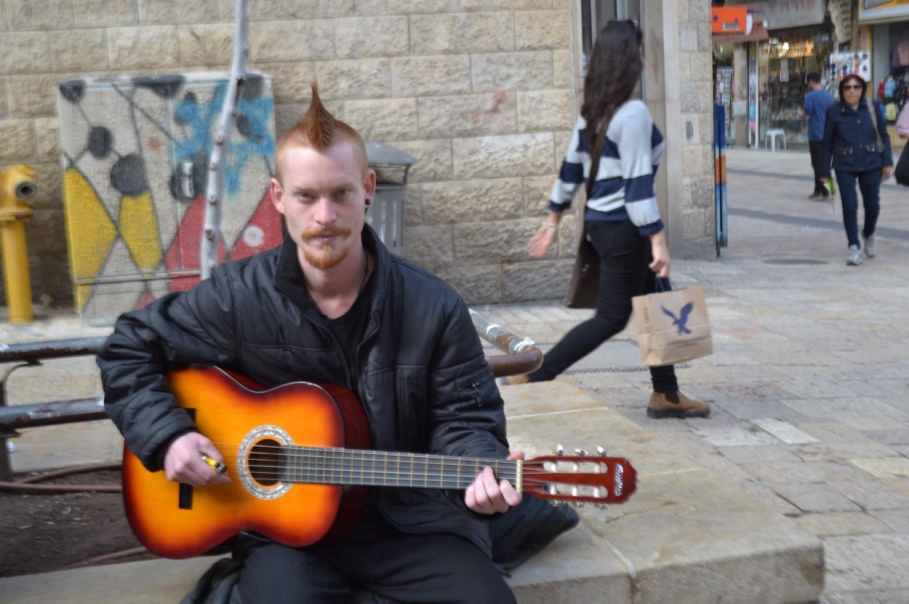 “How long have you been in Israel?”

“What brought you here?”

“Emotional blackmail, I was kidnapped.”

“Can you elaborate on that?” 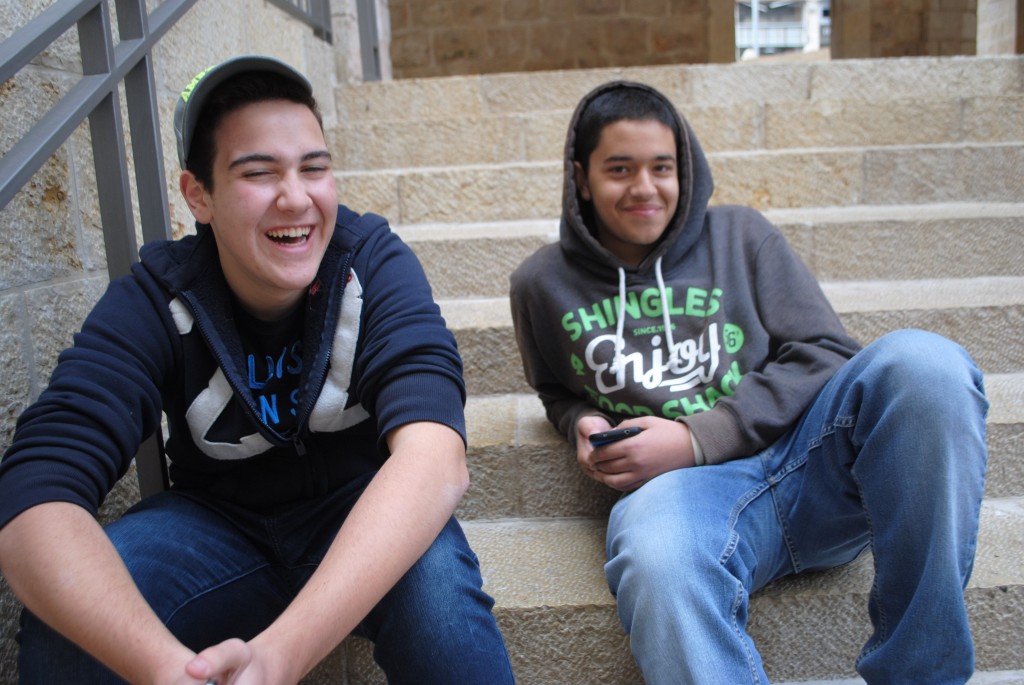 “What’s a good story you can tell us?”

“The first time we ditched school, we ran straight to the gate and were followed by a bunch of teachers. When we turned a corner, we literally ran into one. There was absolutely no beginners luck for us.” 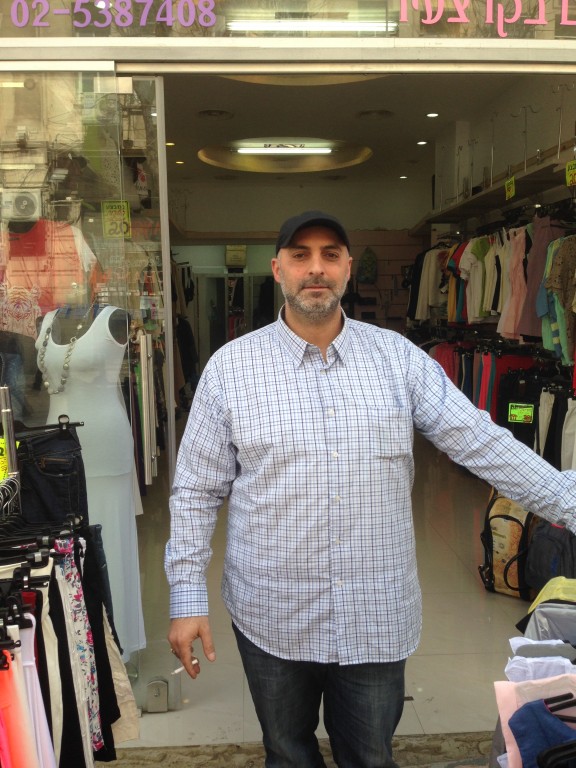 “What makes Jerusalem special to you?”

“Kedusha (holiness). It is the best place in the world for Jews.”

“Who do you plan on voting for in the elections?”

“Only Bibi, only Bibi. Bibi is the best.” 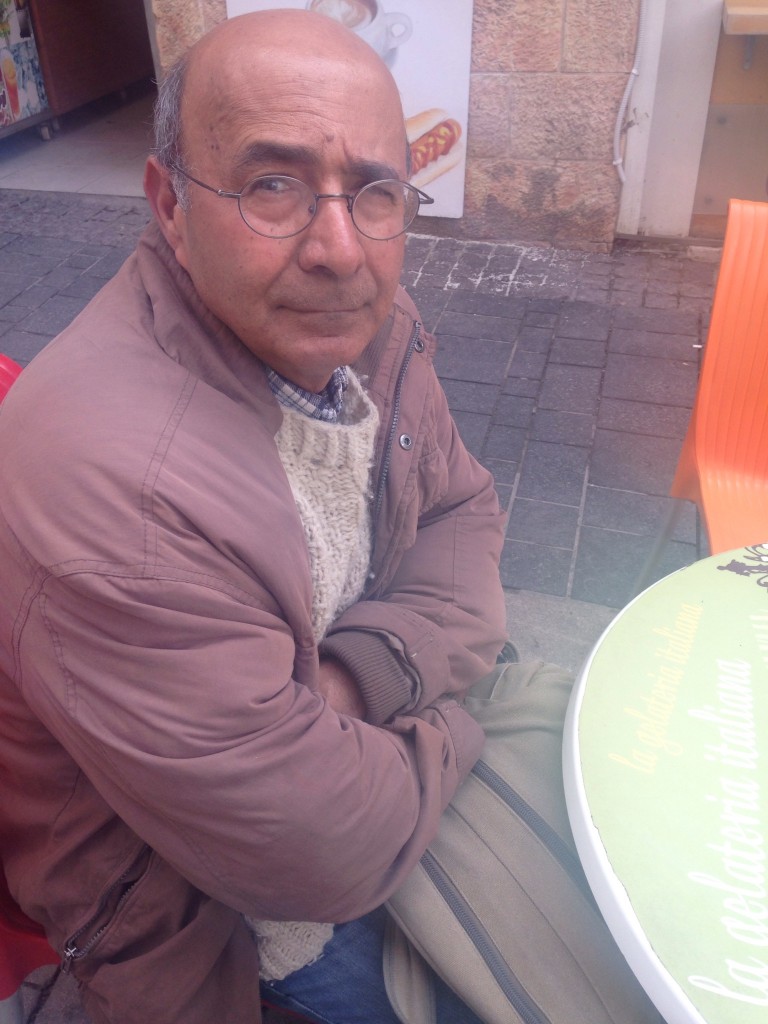 “What brings you downtown today?”

“It’s a beautiful day today. Good weather. That’s the reason I’m sitting here. I love to see people, how they walk. At work I don’t see people walk; I’m in front of a computer.”

“So you came just to watch people?”

About the Author
Daniel Laufer is the Director of Tichon Ramah Yerushalayim (TRY), Camp Ramah's high school in Israel. He earned his MA in Jewish Education from Brandeis University and a BA in Jewish Studies from the University of Maryland. He has many years of experience bringing youth to study in Israel and has a creative perspective on Israel education.
Comments