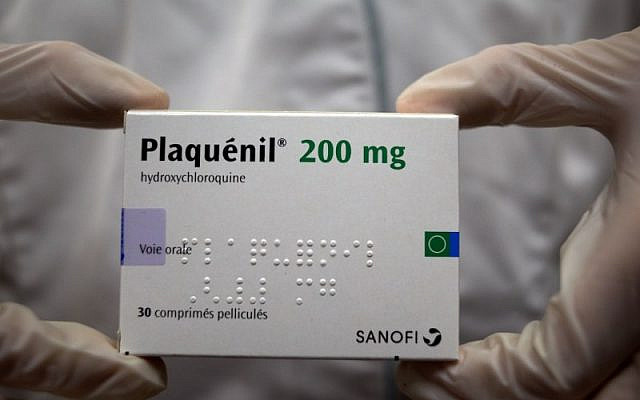 A box of Plaquenil, Sanofi’s commercial name for the anti-malaria drug hydroxychloroquine. Used for years to treat malaria and autoimmune disorders, HCQ could also be an important Covid-19 drug. (AFP / Alain Pitton/NurPhoto)

Hydroxychloroquine (HCQ), a well-known anti-malarial drug that has been around for decades, is now a political football between the Trump administration and Democrats during an election year in the United States.

US President Donald Trump has repeatedly touted the drug and received significant pushback from the media and the Democratic Party, with the governors of Nevada, Michigan and New York even going so far as to issue executive orders restricting how doctors can use HCQ to treat patients suffering from Covid-19.

Medical treatments have traditionally been a private decision between patients and doctors, but now it seems politicians are usurping their right to choose. According to Dr Jeffrey Singer, a general surgeon and Cato Institute fellow, this threatens the integrity of the medical profession and indirectly imperils patients, by denying them emergency options when no other alternatives are available.

Moreover, the politicization of treatment options would not help Americans, given the fact countries such as Belgium, France and South Korea have used HCQ to treat Covid-19 with a good degree of success.

South Korea was one of the first countries to be hit by the virus after China, reporting its first case on January 20 and peaking by late February, before suddenly tapering off in early March and “flattening the curve.” It also has a comparatively low mortality rate through a combination of testing, tracing, containment and HCQ. 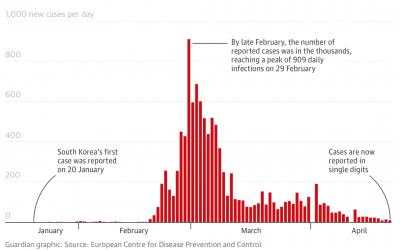 This was bolstered by a French study that showed HCQ had an antiviral effect against Covid-19 in confirmed cases. Used in conjunction with the azithromycin Z-Pak, most patients cleared the virus in three to six days rather than the 20 days observed in China, drastically narrowing the period during which a patient can spread the virus to others.

As such, Dr Jeff Colyer, chairman of the US National Advisory Commission on Rural Health, and Dr Daniel Hinthorn, director of the Division of Infectious Disease at the University of Kansas Medical Center, in a Wall Street Journal article recommended that the US could adopt this approach and use the treatment cocktail early rather than wait until a patient is on a ventilator in an intensive care unit.

To be clear, these scientists and doctors now recommend HCQ as a treatment, not a preventive measure, for Covid-19. They argue that a positive effect of using HCQ early is the reduction of virus transmission to other people given the shorter number of days the patients remain contagious, thereby flattening the curve sooner.

Another reason is that in the absence of immediate alternatives, the US Food and Drug Administration (FDA) has approved the “compassionate use” of HCQ to alleviate pain and suffering in emergency cases of Covid-19.

The term “compassionate use” ordinarily refers to dosing a patient with an “off-label” drug – meaning the FDA has not yet approved the drug, or has not approved the use of an FDA-approved drug to treat a particular disease or medical condition.

In this case HCQ has been an FDA-approved drug for malaria, the human immunodeficiency virus (HIV) and autoimmune disease, but not yet for treatment of Covid-19. Since the approval process may take many years, in the interim the FDA can grant compassionate use and Emergency Use Authorization (EUA).

This is similar to the history of acetylsalicylic acid (ASA, known in the US as aspirin), which was used off-label to prevent recurrent stroke or heart attack for many years before the FDA finally approved that use.

Ultimately, it will take time to conduct more testing of HCQ for the FDA officially to approve usage for Covid-19, but until then the choice for its off-label use remains strictly between patients and their doctors.

As Dr Singer cautioned, the intrusion into the practice of medicine by state governors and other politicians not trained in medicine, and dictating to physicians how and what they may use to treat their patients, would rapidly degrade and corrupt the medical profession and lead to under-treatment of patients.

Moreover, he argued if that if the state governors in Michigan, New York and Nevada can dictate what drugs clinicians may use to treat a viral infection, it could open the floodgate for them to start dictating ways to treat high cholesterol, hypertension, diabetes and other diseases.

Given the fact these governors seem to support women’s right to choose by keeping abortion clinics open during the lockdown, it does seem inconsistent they would view these health-care decisions not as a choice for patients to make for themselves, but as one for politicians to make for them.

However, one wonders if they would hold the same view as patients.