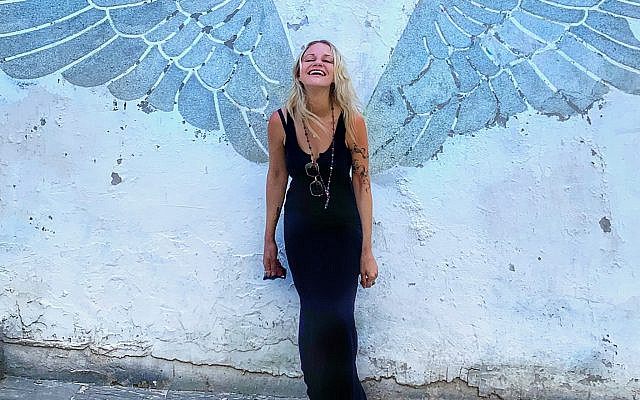 You don’t know this about me, but I’m a Jew before I’m pretty much anything else.

I’m a Jew before I’m an American.

I’m a Jew before I’m an Israeli.

Yes, fiiiiiiine ok I’m a person first, and only human after all  blah blah blah  — flesh and blood and bone and sinew I am all that, too, and I try to be kind and not be an asshole.  And  thrumming right along side is my Judaism, Klezmer in my veins, with tambourines and timbrels.

I grew up keeping Kosher – Baruch Hashem.  It was just what we did.  We weren’t  as strict as some, but we never intentionally mixed milk and meat, didn’t eat any sea food that didn’t have scales and fins or looked like a character in a Disney movie, and Pork was a four letter word.

No peperoni pizzza.  No cheeseburgers.  No shrimp scami, neither.

Until my bat mitzvah, my Kashrut fell under my parents jurisdiction, and my mother watched me with a gimlet eye.

But once that happened, it was my choice.  After all, in  the eyes of Jewish law, I was a grown ass woman, and if I wanted to eat shrimp scampi  and sweet and sour pork and pepperoni pizza, then by al means.

But that was bullshit, because if you’ve ever had a mother (Jewish or otherwise) who felt strongly about  something and is literally staring you down with that baleful look, then you KNOW how much of a choice you really have.

“I can’t tell you what to eat anymore, Saraleh,” my mom would say when I’d  eye the popcorn shrimp at a friends party, or that last gorgeous slice of pepperoni pizza…  “If you want to turn your back on your history and your people, I can’t stop you.”

Until one dark and stormy night tucked into a thai restaurant on Geary street.  The windows misted over all soft and pretty, and the candles on each table flickered, and the whole world smelled like coconut and lemon grass, and there it was on the table:  Shrimp curry.

And it smelled so good and I was a five hour drive from my mother and The Look, so I did what I figured many hot blooded 19 year old college freshman  do:  I decided to experiment.

And daaaammnnn that shrimp curry was literally  one of the best things I had ever tasted.

But oy, the guilt.  Even though I snarfed the whole thing down in five minutes, the guilt .

A shanda for the goyim!

I waited for the lightening to strike – it was raining after all.   And when I made it home safely back to my snug and cozy apartment on the other side of the Bay, I waited for another kind of divine retribution:   Ecoli.  Salmonella.  Listeriosis.  The Plague.

But the next day the sun rose, and the sky was blue, and the ceiling didn’t fall, and I had pepperoni pizza for lunch and it was also the best.  That shrimp curry  was the gateway drug, and hot damn, I tried all the treif.

And to this day, I still eat whatever I want – and one of the things I love most about landing in America whenever I get the chance to visit are trips to the diner on Sepulveda Boulevard:   Bacon and eggs.    All the bacon and eggs.  Clam chowder when I’m in New England.  Unagi with mango wherever and whenever.  Fresh oysters from Rodondo Beach and a Blood Mary.

But the thing is, something’s shifted in me with the rise of anti-Semitism around the world, and in America.  I don’t know what it is, but something’s changed in me, and now when I go abroad, I’m  making a change.

Not as Kosher as the rabbinate would call Kosher but that’s THEIR problem.  I won’t knowingly eat treif.  No more bacon.  No more pepperoni.  No more calamari. No more cheeseburgers.  And no more curry shrimp.

Why?  Because we Jews are but a tiny nation — only 14 million worldwide, and I’m one of them, and each one of us matters.

I am a Jew, and there’s something special about being both a universalist and also carving my space out in the world and showing by example:  I am a Jew.

I am the scion of the shtetl, my ancestors walked the ancient roads to Jerusalem year after year.  We were banished to the rivers of Babylon where we wept for Zion and lived in a way that would mark our space in the world as Jews, as a community, and those choices made us the Other,  tormented, persecuted, but it also kept us going, it strengthened our tent and here we are today, a fractious family that’s kept it together this long, insisistanly thriving.

When Im in Israel, I’ll eat whatever I want because my Jewishness is a given – our years are measured in Sabbath candles, and we mark the change in seasons with Hebrew prayers, my history is in the air I breathe.    But when I am abroad in that vast big world where Jewishness is sometimes a liability, I want that part of me front and center.

I am an outsider – I always have been.  In Israel, too – I am American.  But my Jewishness has shaped who I am, it’s carved deep lines into me, I remember things without knowing how I remember them because they are the stories my grandparents learned from their grandparents, who learned them from THEIR grandparents.  These are the ties that bind.

My Jewishness has  also shaped the  things I care about, the things I fight for, and ultimately, the things I am willing to live and die for.

Being a Jew is why I am a humanist.

And all I ask from God in return is that Dunkin Donuts not use lard so I can get my fix with all the pretty rainbow sprinkles.