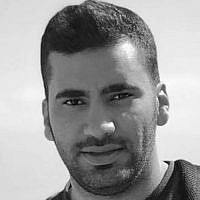 The Blogs
Joe Zaarour
Apply for a Blog
Please note that the posts on The Blogs are contributed by third parties. The opinions, facts and any media content in them are presented solely by the authors, and neither The Times of Israel nor its partners assume any responsibility for them. Please contact us in case of abuse. In case of abuse,
Report this post. 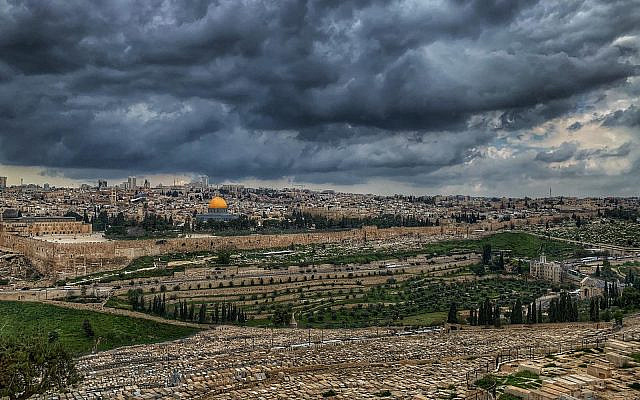 My name is Joseph.

I was born in Jerusalem. I am a Palestinian Jerusalemite, and I had to fight for seven years to become a citizen of Israel.

My family history is full of twists and turns, and is rooted in this land.

My father’s mother could trace her roots through the generations back to the mountains of Armenia. Her ancestors made the long journey over rough land to come to the Holy Land – probably the first group of people to convert to Christianity. They were pilgrims, and they arrived in Jerusalem in the 4th century to be close to where Jesus taught and lived.

I was born in the walls of the Old City, in the Armenian Quarter. A few steps away from the Jewish Quarter, but I never met the children living there.

My mother tongue is Arabic, and so I grew up playing with other kids who spoke my language. When I was little, my father took me over the cobblestones of the Armenian Compound and introduced me to my Armenian heritage, and so, I grew up there, as well – understanding the language, but never really speaking it. Learning the culture and the customs, and finding a way to express myself by playing the duduk, an ancient Armenian wind instrument carved from the branch of an apricot tree. 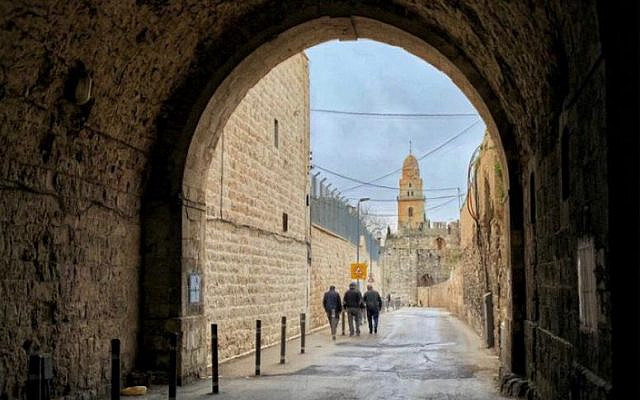 The duduk creates a sound that goes beyond words – it is almost like a mournful sigh that carries on the wind. It is the sound of grief, of celebration, and of prayer all in one breath.

The duduk is my way of expressing myself in Armenian without knowing all the words.

My mother is from Bethlehem, and I spent part of my childhood living near there, too – in Beit Jalla, a city of old buildings, and cool evenings nestled in the hills.

Her family were once crusaders living in Acre, who fled to Lebanon and settled there for many generations until my grandfather had to flee Lebanon and ended up in exile in Bethlehem. He met my grandmother who was born there, and they fell in love and got married, and they grew a big family nestled in the hills of the little town where Jesus was born. 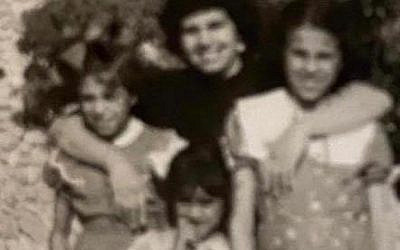 We lived for a few years in Beit Jalla until the Second Uprising. I remember once riding my bike past curfew – I was only a little boy – and the army tanks were behind me and I was peddling as fast as I could, trying to outrun them. They let me win.

But the Christian community in Beit Jalla was caught in the crossfire between the militants in Bethlehem and the IDF in Gilo. It was no longer safe for us, and so we returned to Jerusalem, back home.

My father’s father was a character. We don’t know exactly where he was from because he ended up left wrapped in a white blanket on the front steps of a church convent nearly 100 years ago, so he was raised by the Catholics.

He spoke several languages fluently – Arabic, Italian, French, English, Hebrew. He served in the British forces during World War II, and he loved telling stories and traveling, and he became a tour guide. 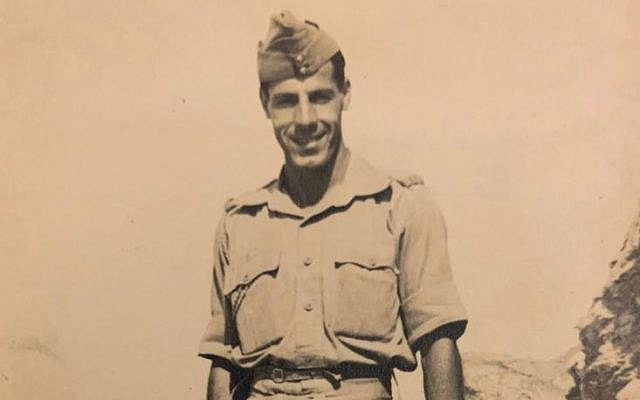 See? I told you he was in the British army 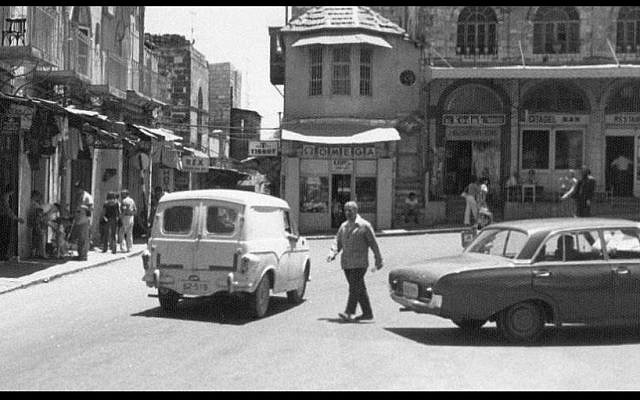 People say I look a little like him, and people say I act a lot like him. I also love telling stories, and I love to travel, and want to hear something funny? I got my Israeli citizenship and passport two weeks before the Corona shut down the world, and I got my license to be a tour guide just a few weeks ago.

Currently, there are approximately twelve tourists in the country. So I have no work. Like all the other tour guides.

But I come from a family of survivors and optimists – we are a family who knows how to leave bad situations to find better ones. I guess you could say we are hustlers – but honest hustlers.

My parents met because my father fell in love with my mother’s photo and told everyone he would marry the woman in the picture. Everyone laughed. But that’s what he did.

My father is also a musician, and he and my uncle and his cousin were in a band that was invited to play in the Oslo Peace Concert. My father flew on the plane with President Shimon Peres. He says he was a nice guy. Arafat, on the other hand, pinched him. That’s another story, and if you stick with my blog, maybe I’ll share it.

I’m lucky that my family is open-minded – and not just in our words, but in how we live every day. My Palestinian Lebanese mother’s family adopted two Jewish girls from Jerusalem who needed a loving family to care for them. This was before the First Uprising when it was easier to travel from town to town, but even then, it was still a big deal.

My grandparents were very special: Instead of expecting these two Jewish Israeli girls to adapt to the Christian Palestinian way of life, my grandparents insisted that these girls continue to light candles on Shabbat, and study for their Bat Mitzvah. To this day, these girls – who are now grown women – call my grandparents Mama and Baba

It is heartbreaking and beautiful to know what it was like then, and what it could be like now if there was more trust between our communities.

I think about that a lot. Especially because my fiancée is also Jewish. She is an American who moved to Israel many years ago. When she is angry at me, she puts on her headphones and listens to the soundtrack of Fiddler on the Roof. I swear! She even made me watch it with her, and I have to say, I loved it. But don’t tell her I said so. I like to tease her about it, although the truth is, I relate to Tevye. I would love to be a rich man. Yadadadadadadadadadadum.

Is your head spinning yet? No? Get ready:

I am also related by marriage to the al-Husseini family. Does that name sound familiar? Google “The Grand Mufti of Jerusalem” and “World War II.” Yeah, that guy. The one Bibi blamed for the Holocaust. Ironically, this family has Turkish roots – and we are Armenian, and even more ironically, the great-great-granddaughter of the Grand Mufti’s favorite friend (besides her Auntie) is my Jewish fiancée.

I am telling you all this now as a way of explaining where I come from when I talk about other things – the small things like what happens during the day, the funny moments, the difficult moments, and the bigger things like what’s going on right now over in Armenia, the land of my ancestors…

It’s funny – that’s something my fiancée and I have in common. Even though we come from different religions and cultures, we both feel this emotional attachment to two places: The country where we were born, and the country where our ancestors came from.

So that’s who I am: I am Joseph. A Christian Palestinian Armenian Israeli, marrying a Jewish American Israeli, trying to live a life here in between all these different worlds. And as I write about these things, I hope to make sense of how they fit together, and where I fit in them, too.

(Co-authored by Sarah Tuttle-Singer, who writes for the Times of Israel)

About the Author
Joe Zaarour is a professional musician, a licensed Israeli tour guide, and loves sharing stories from between different worlds in the Holy Land.
Comments