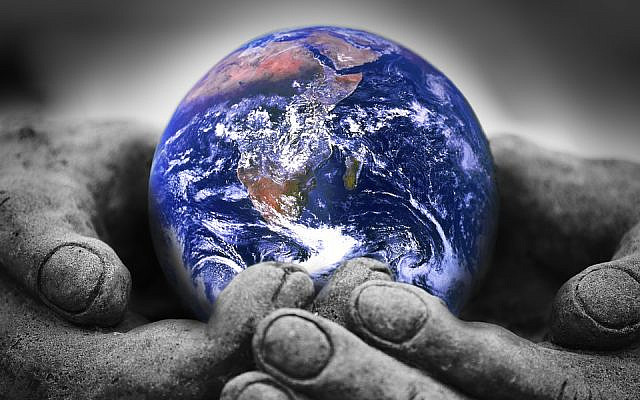 I never thought I would hear the phrase tikkun olam used in a derogatory way.

How could it when it refers to the Jewish imperative to make the world a better place, to rid the world of all suffering and injustice?

But lately I have seen social media posts and even articles written by Jews disparaging other Jews for being “tikkun olam” Jews, as if that was an insult of the highest degree.

This slur is often slung at non-Orthodox Jews who don’t live a life according to strict halacha (Jewish law) but who are very committed to the ancient Jewish value of repairing the world through their work in social justice movements.

The argument goes that these non-Orthodox Jews who care deeply about social justice have reduced all of Judaism to the singular value of tikkun olam. That they have thrown away the bulk of Judaism, the essential parts of Judaism, and have turned one small aspect of our tradition into a religion in and of itself.

Now maybe that’s their intention and maybe it’s not. But what I want to focus on is using the phrase “tikkun olam” Jew as a criticism, as a denunciation of a fellow Jew’s connection to and understanding of his/her Judaism.

Because, for me, being called a “tikkun olam” Jew would be an honor, a praise and a compliment! You see, tikkun olam is the very reason I became a religious Orthodox Jew in the first place.

At the age of 19, after 19 years of thinking Judaism was stale, irrelevant, archaic and outdated, I discovered a side of Judaism I was never shown, one that was spiritual, meaningful, alive and relevant to what’s actually going on in the world. A Judaism that taught and supported many of the life lessons I had already learned as a result of being a political activist in college committed to bringing about social change. Lessons like: my actions matter, taking responsibility for one’s actions, treating all people with respect, taking care of the poor, the needy, and the disadvantaged, treating animals with kindness, caring about the Earth, and many others.

When I eventually learned that there was a specific Jewish mandate to fix the brokenness of our world, one that was thousands of years old, I was blown away. I realized in that moment that the social justice work that I had dedicated so much of my time to was, in the end, so Jewish.

Eventually I took on an Orthodox religious life and as I spent more time studying the texts of the Jewish tradition, from Jewish law to philosophy to mysticism, I came to realize that Judaism is basically the world’s oldest activist movement, whose entire raison d’être is based on the vision to spiritually as well as physically repair the entire world. I came to understand that every Jewish thing we do as Jews links back to the value of tikkun olam.

The reason we keep Shabbat, eat kosher, put on tefillin, put up mezuzot, say Shema, say brachot, even avoid wearing shatnez (wool and linen in the same article of clothing), is all due to tikkun olam. Every Jewish action is about fixing and perfecting the entire world!

The question is asked in the midrash (Bereishit Rabbah, 44:1) if God really cares where exactly on the neck of an animal kosher slaughter is performed. The answer given is an emphatic “No!”, explaining that the mitzvot, the very heart of Judaism, were given to the Jewish people in order to refine them. That means that the entire system of Judaism, with its myriad of details of practice and law, is all about transforming us into better people. And beyond that into holy people, as we say in the blessing that precedes the carrying out of many mitzvot: “Who makes us holy through the mitzvot”. And in Judaism being holy means being more thoughtful and more aware. More selfless and more giving. And we know that the more we improve ourselves as individuals, the more we improve the world. And the more we improve the world, the closer we get to actualizing the Jewish vision of tikkun olam.

With all of this in mind, who wouldn’t want to be called a “tikkun olam” Jew?

In fact, with this understanding of Judaism, is there really any other type of Jew besides a “tikkun olam” Jew?