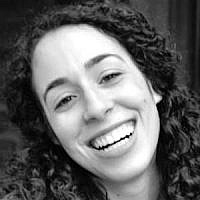 The Blogs
Leigh Hershkovich
Apply for a Blog
Advertisement
Please note that the posts on The Blogs are contributed by third parties. The opinions, facts and any media content in them are presented solely by the authors, and neither The Times of Israel nor its partners assume any responsibility for them. Please contact us in case of abuse. In case of abuse,
Report this post.

As an Orthodox Jew, I am often questioned by friends and peers about the future of Judaism: can it survive under the pressure and harsh reality of anti-Semitism and terrorism? Is there really a future for Jewish growth? Isn’t time we give up and assimilate?

Though the answers have always been clear to me — YES, we can and WILL survive in the face of anti-Semitism, YES, there really IS a future for the Jewish nation, and NO, we will never give up or give in to assimilation and world pressure — the lines have become blurry in the past year. With terrorist making waves through the world and with the uncomfortably large presence of anti-Semitism sweeping through the United States, especially on college campuses, I’ve often found myself asking if it’s possible for us to continue living this way. Are we thriving or are we merely surviving?

Every time these questions pop into my mind, I find myself thinking of the teen participants that makeup CTeen. For the last three years, I have had the honor and privilege to work as a writer and editor for CTeen, the Chabad Teen Network.

This weekend, I had the incredible honor of taking part in the annual International Shabbaton, a weekend that brought together 2,000 teens from around the world for an unbelievable four days of inspiration, fun, and learning.

When these questions arise, I think of the writing staff of CTeen Connection, the blog and magazine of which I am editor-in-chief, and I am overcome with relief and joy.

When the fear bubbles to the surface of my consciousness, I remind myself of the thousands of young men and women who have taken on mitzvah pledges year after the year with excitement and fervor.

When everything seems hopeless, I close my eyes and think of the teens who have made it their mission to fight the darkness of the world with light. With these teens at the helm of the next generation, my fears subside and are put to rest.

I have the utmost confidence that these teens will continue to be a light unto the nations; lamplighters and illuminators in a world that often feels so dark and heavy.

The CTeen Shabbaton is famous in many ways for it’s Motzie Shabbat Times Square Havdalah ceremony. Yes, we really do take over Times Square. Though I’ve worked for CTeen for three years, this year was the first time that I had the honor of attending the Shabbaton and experiencing these momentous occasions for myself. Thinking about those moments, under the bright lights Times Square, seeing the Lubavitcher Rebbe’s picture appear in the center of the jumbo screens for all the world to see…how could anyone witness these moments and not cry from joy?

People ask me if I think that Judaism is a thing of the past.

People ask me if the Lubavitcher Rebbe’s message is lost on this generation.

To them I say: Look at these teens. Look at these illuminaries. Look at how they stood in Times Square on Motzei Shabbat, in the face of a world that is so dark, screaming at the top of their lungs: “I’m a Jew and I’m proud and I’ll sing it aloud because forever that’s what I’ll be.”

Judaism is here to stay.

On Sunday during the grand banquet, I took part in the opening ceremony, which featured seven other members of CTeen — parents, teens, Rabbis, people who have made this program the success that it is and continues to be.

There are many moments that stand out in my mind from the banquet, but none more than the moment the room became silent as the video screens around the room flickered on; on them, a picture of Ezra Schwartz. As soon as his smiling, shining face appeared on the screen, I burst into tears. Here was a boy who dedicated his life to making the world a better place. In a room surrounded by teens just like Ezra, I couldn’t help but smile through the tears. His life mission has become their life mission.

I look at the thousands of teens who took on new mitzvot this weekend. Their light and their devotion are a testament to our ever growing nation and its strengths.

I left New York this morning in awe and incredibly inspired by my teammates, co-workers, and most of all the teens who make up this organization. I feel so lucky to call myself a member of this group. There is now more than ever no doubt in my mind that our future as Jews is a bright and positive one. With our world in the hands of these teens, we will not only survive; we will thrive.

About the Author
Leigh Hershkovich is a writer, nomad, lover of life and all things caffeinated. A published author and aspiring salsa dancer, Leigh makes her home in Los Angeles, New York, and Jerusalem.
Comments