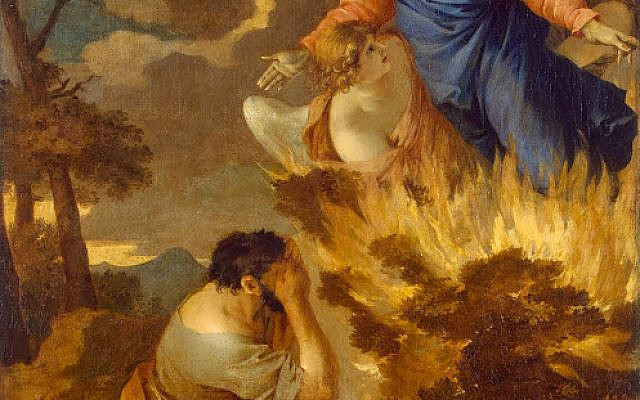 When he encounters God at the Burning Bush, Moses asks what he should say when the Israelites ask who sent him. God instructs him to tell them that his name is Ehyeh asher Ehyeh; I am that I am.

The name is strange and inscrutable; it occurs nowhere else in the Bible. The Midrash offers several suggestions as to what it may mean. One view is that it means God is unchangeable, he is what he is at all times and under all circumstances. Another is that the name indicates that he will be with Israel both in their present slavery and in the future. A third is that he is known by his deeds. But the most intriguing interpretation is given by the late 3rd century Rabbi Yohanan; one of the most authoritative figures in rabbinic literature.

According to R. Yohanan, ‘I am that I am’ refers to God’s relationship with individuals. It is not the same as his relationship with the whole community. “I am what I am with individuals, but with the multitude, against their will and not for their good, when they break their teeth I will rule over them” (Shemot Rabba 3,6). It is a fearsome declaration, exacerbated by the text from Ezekiel quoted in support: “As I live says the Lord God, but I will reign over you with a strong hand and an outstretched arm and an outpouring of anger (Ez 20,33)”.

The name is given context through Moses’s instruction to bring the Israelites out of Egypt. We can imagine they didn’t all want to leave; they may have been slaves but not all slaves seek freedom. When R. Yohanan declares that God will rule over the multitude against their will he probably means that the Exodus is ordained, whether they like it or not. Abraham had been told that his descendants would be slaves but would be redeemed; the moment has come and, even if the recalcitrant Israelites break their teeth, it is still going to happen. National destiny is in God’s hands, no individual can thwart it (politicians, take note).

The truly radical idea in R. Yohanan’s interpretation is the statement ‘I am what I am with individuals’. It is an affirmation of free will, but it goes further than the usual the rabbinic concept. In early rabbinic thought the tension between free will and God’s foreknowledge is expressed in statements like ‘everything is foreseen yet permission is given’ and ‘everything is in the hand of heaven except the fear of heaven’. But R. Yohanan goes beyond this. He seems to imply that it is up to us as individuals to forge a relationship with God. It reflects Jacob’s request when he saw the ladder reaching to heaven that the Almighty be a God to him (Gen 28,21). For R. Yohanan, belief in God is not a command, it is a choice. It is not an idea often encountered in Jewish religious literature.