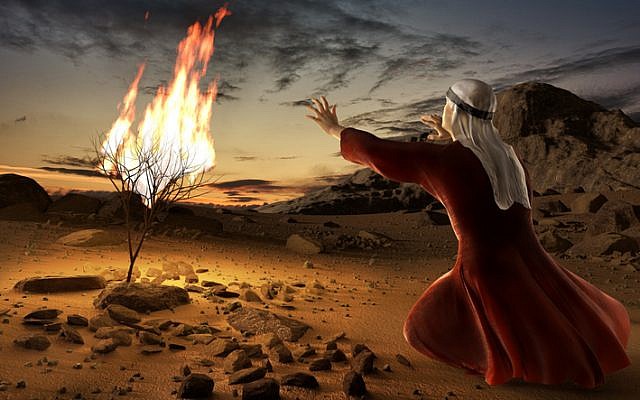 Every theologian worth his salt along with many philosophers, from Plato and Aristotle to Descartes and Kant, attempted to prove the existence of God.  Tomas Aquinas, for instance, offered not just one but five “proofs”!  Others, such as Hume and Nietzsche, tried proving the opposite.  Little did they understand that proving the existence (or non-existence) of God is a fool’s errand.  Here are at least ten reasons why God’s existence cannot be proven (or disproven):

In an axiomatic theory, we start with undefined terms and the relationships between them.  For instance, in Euclidian geometry, the undefined terms are point, line, and plane.  Then, axioms are formulated and theorems are proved with respect to these undefined terms, as well as further terms defined through them.  Thus the only hope we have to make any statement about God is to say that God is an undefined term. This is, essentially, what Kabbalists said long ago by describing God as Ein Sof.

This is exactly what God tells Moses when Moses asks God His name:

In other words, Moshe is asking God for His name—i.e., for His definition, as it were.  God’s answer is truly baffling:

This tautological statement, “I am who I am” (alternatively translated as “I will be what I will be”), contains a powerful message: Don’t try to define Me for I am undefinable, ineffable God.  It is as if God was saying, “I am who I am, and it is not for you to know who I am.”

God tells Moses to explain to his Jewish brethren that the only thing they can know about God is that He is, i.e., that his existence is necessary and absolute, as explained by Maimonides.

However, the very next verse seems to contradict this, as God introduces Himself by His proper name, Havayah (YHWH):

And God said further to Moses, “So shall you say to the children of Israel, ‘Havayah (YHWH), God of your forefathers, the God of Abraham, the God of Isaac, and the God of Jacob, has sent me to you.’ This is My name forever, and this is how I should be mentioned in every generation. (Ex. 3:15)

Didn’t God just reveal His proper name as Havayah (YHWH)?  However, this is not a contradiction.  The Tetragrammaton (YHWH), usually translated as “Lord,” actually means Eternal.  Our sages teach that YHWH is an amalgam of hayah (is), hoveh (was) and yihyeh (will be), i.e. the Eternal.  This is a variation on the earlier theme, in which God introduces Himself simply as “I am.”  Unlike God, who is the creator of time and exists outside of time, we exist in the temporal dimension. To us past, present and future define the flow of time— indeed, our very existence.  If for timeless God it is enough to say, “I am,” for us, temporal creatures, this ontological construct has to be unpacked and spelled out as “I was, I am, and I will be.”  Therefore, there is no contradiction between the verses. In this verse, God further elaborates for us that His existence is eternal, unlimited in time or by “non-existence”— i.e., His existence is necessary and absolute and therefore, belies any definition.

We are epistemologically limited in our ability to know God.  That is why God stopped Moses when he came towards the burning bush to “investigate this wondrous phenomenon,” saying: “Do not draw near here.”  We are limited in our knowledge of the Creator by what He chooses to reveal to us about Himself, as He did to Moshe from the burning bush. That is why it is equally impossible to logically prove or disprove the existence of God. Belief in God always requires a quantum leap of faith.

Originally published on QuantumTorah.com on Dec 23, 2013