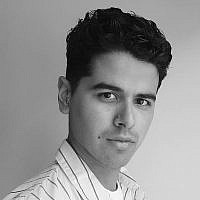 The Blogs
Orge Castellano
Apply for a Blog
Please note that the posts on The Blogs are contributed by third parties. The opinions, facts and any media content in them are presented solely by the authors, and neither The Times of Israel nor its partners assume any responsibility for them. Please contact us in case of abuse. In case of abuse,
Report this post. 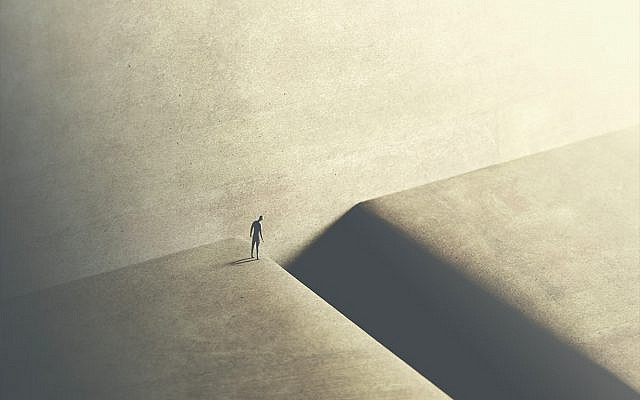 Identity is a sensitive point for so many people. I am no exception. Having a multicultural and religious identity distinct from most people’s, it is often a great challenge to explain where I come from and why I do the things I do. It is a tremendous display of vulnerability on my part — which makes it all the more painful when someone close to me not only rejects that identity, but espouses dangerous, bigoted views about it.

A few years ago, I met Max (not his real name) while I was in college. A bright, charming, and funny fella with whom I shared many affinities, Max soon became one of my best friends. His generosity was immeasurable, as was his stoic outlook on life and his talent for brightening one’s day.

One of the aspects that most appealed to me about Max was his political commitment. He was a strong advocate for minority rights; he spoke out against climate change and worked to support refugees. Both Max and I had a progressive liberal political leaning, and it seemed, despite our different backgrounds, that we viewed the world through a similar lens.

In the years when our friendship blossomed, so did my parallel interest in digging and bringing my Jewish family legacy to practice. Coming from a long line of Crypto-Jews, it was a part of my identity I hadn’t explored and one that required a lot of my attention. Before long, I embraced Judaism with every fiber of my being. Soon my weekend evenings and free time were filled with Hebrew texts, traditional Sephardic songs, and culinary aromas that were present in my childhood.

The day Max asked me about the origins of the eggplant stew I had cooked for him, I saw an opportunity to confide that I was embracing my Jewish identity. I revealed to him that my family was of Sephardic origin and that I wasn’t 100% atheist as he had assumed. That’s when the pillars of our friendship began to crumble.

Max did not understand why I was so keen on honoring my family’s cultural and ethnic heritage. On that day, he told me in an offensive tone, “You can’t be Jewish. You are nothing like them.” I tried to reason with him, telling him that Jews don’t all look the same, that we aren’t a monolith, that there are different ethnic groups and traditions within Judaism. But he continued with his rhetoric over and over again.

Not long after that, his attitude towards me changed drastically. Not only would he gradually avoid me, but when we would see each other, his rhetoric was not only derisive but also plain antisemitic. Max started making assertions like “it’s always the Jews;” “We both know the Jews are running the world;” and, “Jews shouldn’t have a state.”

At first, I ignored his hostility because I didn’t want to have a conflict with him. However, quite soon, his hateful remarks started to fill me with a sense of anger, sadness, and confusion. I could not conceive how my friend, the one who cared and passionately advocated for marginalized groups’ rights, did not realize the duplicity that abounded within his own convictions and beliefs.

I tried to ignore his crude remarks, mostly because I took refuge in all the memories and experiences I’d shared with him and because I fervently believed in his humanity. I didn’t want our friendship to come to an end, but I had to ask myself: If he doesn’t accept who I am, does he get to stay in my life?

In the beginning, it was a complex dilemma to juggle with. Hearing his antisemitic clichés often felt as though I had a metal spike driven through the center of my chest. I repeatedly tried to explain how deeply wrong his words were and how much they hurt me. But my efforts were in vain.

Nothing mattered to him. Not even my trying to explain to him that it was not acceptable to use antisemitic tropes and narratives towards anyone who identifies as Jewish, whether they are observant or not. I told him that it was possible to legitimately criticize Israeli leadership and their policies without demonizing the Jewish people and our culture at large. He didn’t care.

After the umpteenth instance of prejudice and bigotry, I summoned the nerve and decided to cut ties with him for good.

It was not easy. So much time, effort, energy, and emotions went into the closeness and the connection we shared. I would have liked to persuade Max that there was still a lot of humanity, understanding, and wisdom inside him. However, at the same time, I also understood that that was not my duty but his.

I still look back on some of the decisions I made with a healthy dose of guilt. I made the mistake of staying close friends for a while with someone I should have cut off entirely at the first sign of his bigotry. Not thinking about my own well-being and mental health cost me a lot.

Once he was gone, I was left with a very large hole in my life. I had to grapple with a crude reality at the time: My friend’s hatred was a sign that a new resurgence of antisemitism was coming towards us, slowly but steadily, including from people we’d like to think would be our allies.

I had to lose a dear friend in order to arrive at this painful realization. I am still trying to grasp this renewed strain of Jew-hatred and radicalism. I see it everywhere, and it scares me every time I hear about the vandalization of Jewish cemeteries or see the constant online harassment fellow Jews receive on social media. I’m worried and know I am not alone in this.

No one is immune to antisemitism. Its mere existence erodes peaceful coexistence and undermines the freedom of the societies that incubate them.

There is an anti-Jewish sentiment that continues to permeate many corners of our society and is increasingly pervasive and latent in the cultural and political world. Seeing this even within liberal circles is a worrying sign of the rise of intolerance, exposing the deterioration of our democratic coexistence. No substantial change could ever be attained, nor could a better society be built if these hatreds and prejudices are allowed to fester.

After Max was out of my life, I promised myself never to let anyone’s hatred stand in the way of my self-worth and inherent convictions. Yes, I lost a very dear friend, but in the process of healing, I found myself surrounded by countless other friends who have become genuine and loyal allies — embracing, honoring, and celebrating my identity and origins as if they were their own. Losing my friend to antisemitism taught a valuable life-lesson: Hatred might beget hatred, but nothing will ever beat love and tolerance.

About the Author
Orge Castellano is a journalist and Dr in Social Communication from Spain. His works have appeared in The Jerusalem Post, Gen Magazine, The Jewish Telegraphic Agency, among others.
Related Topics
Related Posts
Comments