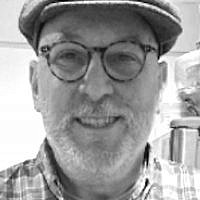 The Blogs
Russell Miller
Apply for a Blog
Advertisement
Please note that the posts on The Blogs are contributed by third parties. The opinions, facts and any media content in them are presented solely by the authors, and neither The Times of Israel nor its partners assume any responsibility for them. Please contact us in case of abuse. In case of abuse,
Report this post. 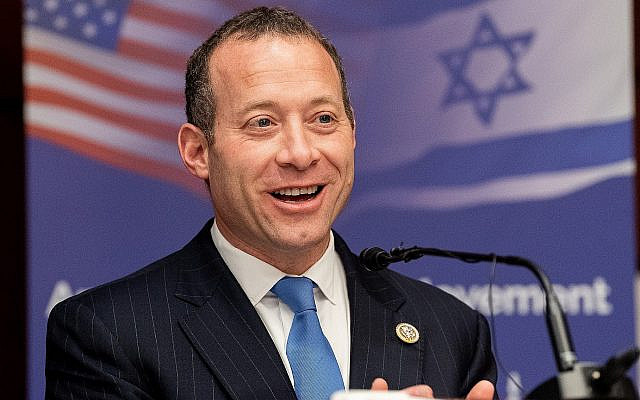 A couple of weeks ago, David-Seth Kirshner, the rabbi of Temple Emanu-El, in Closter, New Jersey published a commentary here on the indisputable truth that even among the most well-meaning, compassionate, and socially engaged, there can be people who hate. His impetus? The charge by US Congressman. Josh Gottheimer that a progressive adversary, the Working Families Party, is sheltering an antisemite.

The piece rehashed Rep. Gottheimer’s claim that at a rally in September in support of “Build Back Better,” President Biden’s social services bill, a WFP member attacked the “reputable and respected Congressman” with the Jew-hating epithet “Jew.”

There’s only one problem. The claim is patently false – and Gottheimer almost certainly has to know that. Anyone following this phony blood libel would know it’s false. And how am I so certain it’s false? I’m the “attacker.”

The first time Gottheimer mentioned the supposed antisemitic attack was on December 13 at Rutgers University, three months after the fact. Since then, he’s speechified, fundraised and called in chits around the WFP’s alleged antisemitism. The US Secretary of Commerce signed on. A New Jersey state senator demanded a hate-crime investigation. The ADL announced, “we take him at his word.” Rabbi Kirshner came forward as character witness.

Meanwhile, the WFP scoured its ranks to find the offender. I was late to hear of this; I’m not a member. But as soon as I did, I contacted a reporter and “confessed” on a national podcast. That was four days before Rabbi Kirshner’s indictment of the WFP.

As I told that reporter, like Josh Gottheimer, I’m a Democrat and, as my grandmother would say, oich a yid – also a Jew. Gottheimer has to have known this all along. Rabbi Kirshner may not have, because the Congressman conveniently neglects to report the full sentence I spoke last September — at precisely the place and time he’s vouched the slur was slung. The moment was heated, so my reconstruction of the syntax may be off, but it was something like, “Josh, as a Jew, it’s a shanda that you’re blocking Build Back Better.”

That’s right, “a shanda,” as generations of Ashkenazic Jews have cried in Yiddish: A disgrace. That’s not Jew hating. That’s Jewish shaming. That was one Jew addressing another in a time-honored voice.

Now, the record does show Gottheimer has memory issues. At Rutgers, he claimed several of us were jeering “Jew!” Subsequently, he revised his recollection to one. As a research psychologist, I can understand how, hit where it hurts, his mind might have reframed the scene. I can only assume my podcast appearance jogged his memory since his office has since refused comment. Meanwhile, it appears he’s buying Facebook ads to keep Rabbi Kirshner’s condemnation afloat.

As for the rabbi, in the worrisome week after Colleyville, he might well have missed my interview and subsequent coverage in the Jewish press. Odds are Gottheimer’s team, busy fibbing on Facebook, failed to brief him on my clarification, which surely would have brought him relief.

But by the time his piece went public, no informed observer could believe the Working Families Party, or even a stray antisemite, was the source of the telltale monosyllable.

Nonetheless, the rabbi’s broader pronouncements bear notice. “We live,” he wrote, “in a culture that finds someone guilty before a trial occurs and punishes before explanations can be offered.” Just so — and apparently, per Gottheimer, even after explanation has been made.

“The hypocrisy,” he continued, “is thick.” Indeed. But hypocrisy isn’t the worst of it–not after Colleyville, Charlottesville, Pittsburgh. The worst is that, at a time when Western Jews face levels of antisemitic rhetoric and action unprecedented in three-quarters of a century, a demagogue like Gottheimer would toy with our sympathies.

It’s not as if American Jews have nothing to worry about. We have Proud Boys, Oath Keepers, militias, and a political party that’s blocked the President’s efforts to fight antisemitism, that denies — as policy– the legitimacy of the republic under whose protection we’ve thrived for 250 years. We face economic and climate collapse, pandemics of virus and unreason, and crackpots in the thrall of Al Qaeda. For a powerful politician to deflect our fears onto his ideological opponent, for him to deny the facts of his encounter with a citizen like me, is kind of a Judaic “Stop the Steal.”

So the rabbi’s correct: Even the “reputable and respected” may place personal agendas above the community’s welfare. They obstruct compassionate, affordable legislation. Confronted with abuse of their power, they cry wolf. “A political affiliation,” as Rabbi Kirshner wrote, “does not absolve someone from doing wrong.” People slander. People deceive the well-meaning. People lie.

But, Rabbi, people also admit misunderstanding, misplaced confidence, and the inadvertent bearing of false witness. I hope you yet number among them. The gates of teshuvah, we are taught, stay always open. In the generous spirit of our faith, even Josh Gottheimer might turn around and enter.

About the Author
Dr. Russell Miller is a research psychologist at the Graduate Center, City University of New York and adjunct assistant professor of Children and Youth Studies at Brooklyn College. As a journalist, he has published in The New York Times, Los Angeles Times, Rolling Stone, New York, Ha'aretz and Corriere della Sera.
Comments