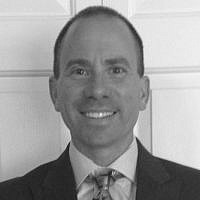 The Blogs
Michael Gross
Apply for a Blog
Advertisement
Please note that the posts on The Blogs are contributed by third parties. The opinions, facts and any media content in them are presented solely by the authors, and neither The Times of Israel nor its partners assume any responsibility for them. Please contact us in case of abuse. In case of abuse,
Report this post.

I cannot believe it! I am now here!! A long flight but not too bad really. A few movies, yes I watched Chariots of Fire on my iPad, and a few hours of sleep and next thing you know we were landing!! I met a guy from the USA masters Hockey team which was nice and we chatted a bit too.

Once we landed, I found Carl Grossman, who is coaching our pole vaulters and who is going to run the half marathon in the 60-69 age group, and we met a couple who was also headed to our hotel and shared a cab with them. At the hotel after checking in and meeting with from folks from Maccabi USA to set up my team meeting the following day, I quickly got to the room and changed into running stuff. I met Terry Robinson in the lobby and we went for an easy run on the promenade which is a path along the beach which was awesome!

After the run a quick dinner with teammates Terry and Jason as well as Carl at a place on the beach and then a quick FaceTime with Leslie and the kiddos and then bed.

In the morning I set up a quick team meeting at our hotel in the lobby. We have three teammates staying in Jerusalem so we used FaceTime to connect with them at our meeting which was great! We also had representatives from Maccabi USA to answer questions and our trainer at the meeting to introduce herself so we knew who to got to with any injury concerns.

After the meeting a few went of us went for a run. Jason went to the track as he had a workout planned. I will be hitting the track tomorrow so a few of us (Rob Fried and I) for a run on the Promenade. The pace started easy for the first few miles. We met up with Caron from the open team about a mile in. At three miles I gently picked up the pace a bit. The legs felt much better then yesterday!! The temperature was getting warm but better than it has been in Philadelphia!!

So we race in 5 days!!!! Opening Ceremony is tonight. We meet in the Lobby at 3PM and I hear we don’t get back until after midnight…

About the Author
Michael Gross is running a half marathon at the Maccabiah 2013 and is captain/coach of the Maccabi USA Masters Half Marathon Team.
Related Topics
Related Posts
Comments