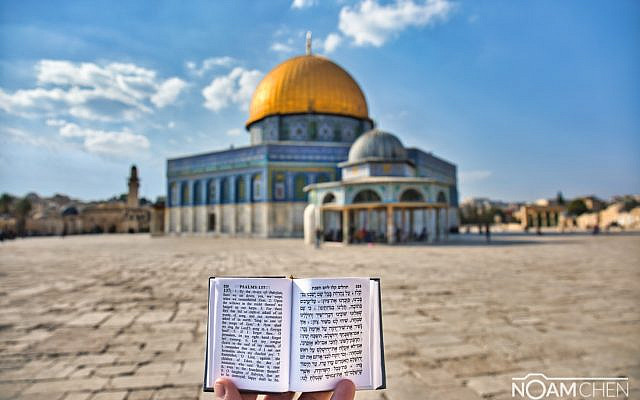 Considered a crime: A Jewish Prayer on the Temple Mount, Jerusalem.

Normally I share my photographs of our beautiful country here, but this time I want to share something else with you all.

Last week I ascended the Temple Mount in Jerusalem and committed a crime: I read a Jewish prayer from the Book of Psalms. 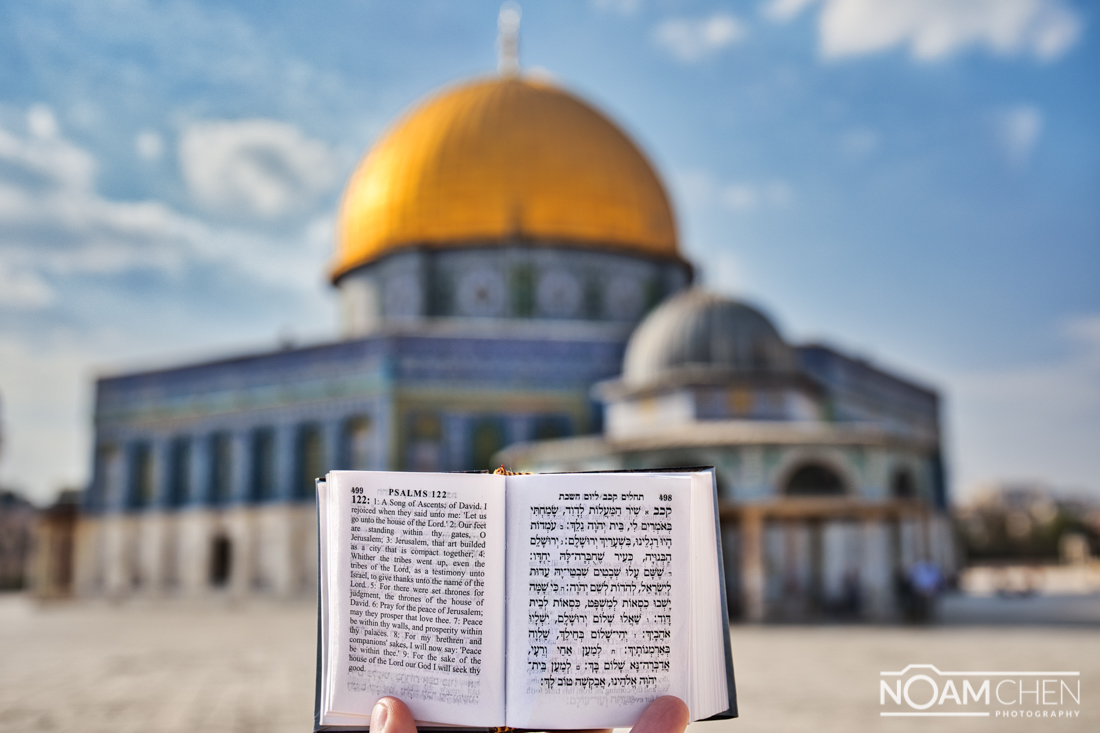 The Book of Psalms on Jerusalem’s Temple Mount.

It’s one of the most outrageous absurdities that, as a Jew, I am forbidden to pray at the holiest site in Judaism, where both Temples once stood (and hence the name “Temple Mount”), not to mention being required to hide any Jewish symbols I may have before I’m even allowed in. And that is happening in the world’s only Jewish country.

Now imagine that happening in Europe. How big of an outrage would we see if Germany or Austria decided to ban Jewish prayer anywhere inside their countries?

Here are some facts to help you get the full picture:

The Temple Mount was liberated by the IDF, together with the rest of Jerusalem’s Old City, in the 1967 Six Days war. Shortly after, then Minister of Defense, Moshe Dayan, made a critical decision to return the Temple Mount to the hands of the Jordanians and the Muslim Waqf who governed there before the war, in an attempt to appease the Arab world.

Since then, in spite of being under Israeli sovereignty, Israel doesn’t actually control the Temple Mount. Jewish prayer has been banned on the site, as well as other gestures such as raising the Israeli flag anywhere on the Temple Mount.

Jews and Christians are only allowed to visit there for 3 hours a day, while Muslims can come and go anytime they please. Jews who appear to be religious are limited to a certain narrow path of the Temple Mount and are escorted by police to make sure they’re not praying.

Perhaps the most horrific consequence of Dayan’s poor decision is the fact that the Muslim Waqf is the only authority allowed to excavate on the Temple Mount, and it’s already been proven that they destroyed findings that connected the place with its Jewish history.

This week, a Muslim sheik turned terrorist, who was a regular on the Temple Mount, murdered 26-year-old Eli Kay z”l and wounded several others during a shooting rampage at one of the nearby alleyways. It wasn’t the first terror attack against Jews in this area, but it was the worst in many years.

Join me on my Instagram to enjoy the beautiful views of our eternal capital!

About the Author
Noam Chen is an award-winning photographer, specializing in Landscape and Portraits. He began his career in Israel, before expanding to work in Europe and later in the United States, where he was granted an Artist Visa for individuals with extraordinary ability, by the US Government. Noam's work has been published in newspapers and magazines across the world, including National Geographic magazine, Entrepreneur, The Daily Mail, Daily Mirror, Le Figaro and Sunday Times Travel, among others. He has exhibited in group and solo exhibitions in Israel, Europe, North and South America. Besides photography services, Noam offers prints, calendars and licenses to use his Israel Stock photos.
Related Topics
Related Posts
Comments