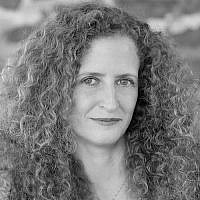 The Blogs
Aileen Weintraub
Apply for a Blog
Advertisement
Please note that the posts on The Blogs are contributed by third parties. The opinions, facts and any media content in them are presented solely by the authors, and neither The Times of Israel nor its partners assume any responsibility for them. Please contact us in case of abuse. In case of abuse,
Report this post. 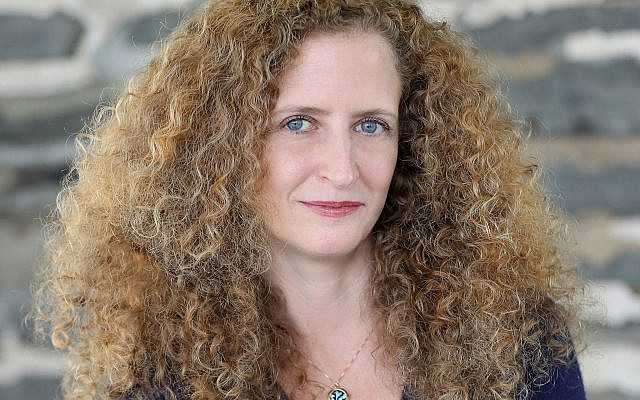 “I’m not sure I can cover my hair,” I said to my best friend over an Israeli salad at a kosher café in the Midwood section of Brooklyn. We were deep in conversation about whether I should take the leap from being a Conservative Jew to an Orthodox Jew, which, among other things, would mean I’d have to hide my blonde frizzy locks in public.

“A woman’s hair is sacred, meant only for her husband’s eyes,” she responded, casting aside my concerns. But the conversation gave me pause. My unruly mane defined my identity. I was the girl with the hair. It was how people remembered me.

On my way to the café, my curls growing ever wider in the August humidity, a man had called out, “Girl, are you under there somewhere?” I was used to the attention. Once, an older lady sitting behind me at the symphony began stroking it during the violin concerto.

I was raised in a conservative household, but lovingly surrounded by Orthodox Jews, sharing our simchas and our tsuris—our joys and our sorrows. Becoming more religious felt like the next obvious step. I had an unfulfilling publishing job; I had one mis-matched date after another—my life wasn’t moving forward. I longed for something big to happen. Perhaps that something big was a devotion to God. But knowing that to embrace orthodoxy meant I would have to cover my hair once married, well, I thought that might be a deal breaker.

I didn’t know who my husband was yet, but I didn’t like the idea that he would be the only one allowed to see my tresses. Out in the world, my hair provided an extra layer of protection. In the physical sense, it was a built-in furnace. I could also disappear behind it when I wanted to, and since others often inquired about it—was it natural, did I bleach it, what shampoo did I use—it was a safe topic of conversation. I secretly feared that pulling it back and hiding it would leave me vulnerable, exposed.

Not long after that conversation in the cafe, I took a leap of another kind. I left Brooklyn and moved to the Hudson Valley to start over as a freelance writer. I didn’t know a soul. I just knew I needed both a change and an affordable apartment.

Almost a full year later, I was eating a Cheerios sandwich on white bread with Russian dressing when it occurred to me I hadn’t had a real meal in days. I put down the sandwich and drove to the grocery store. As I reached into a bin of grapes, a man came up beside me. “They’re rotten. You can tell by the dried up stems,” he said. I looked at him, and our eyes connected.

We met up again in the tomato sauce aisle where I casually asked if he preferred alfredo or arrabiata. By the time he finished responding with a detailed analysis of the pros and cons of both, I was practically swooning. We talked for so long among the endless jars of Classico and Ragu, his father, whom he had been shopping with, began circling the aisle, discreetly ramming the wheels of the cart into his ankles in an effort to wrap things up.

I fell hard for Produce Man. This new man loved me and he loved my hair, but unlike everyone else, he wasn’t enamored by it. It clogged the drains in his house. It stuck to the upholstery in his car, and he was always pulling strands off his clothing. My hair wasn’t the first thing he saw when I walked into a room; he says it was my smile. Suddenly I was challenging my perception of myself, my beliefs, and my community. Perhaps my hair wasn’t that important after all.

I waited weeks before telling my friend from the café about Produce Man—not only wasn’t this supermarket wizard Orthodox, he wasn’t even Jewish. He described himself as a nonpracticing Christian. When he and I began discussing moving into his old Hudson Valley farmhouse where his family had worked the land for generations, I knew it was time to make the phone call. As I expected, she expressed her dismay, and we didn’t talk about it again.

Produce Man, whom I eventually began calling by his real name, Chris, popped the question one bright summer afternoon at the Saugerties lighthouse. I couldn’t wait to tell my lifelong friend, holding out hope that she would be happy for me. I had shared every milestone with her. How could I not share this?

“We just got engaged!” I shouted when she answered the phone.

She didn’t respond, and I thought the line might have gone dead. “Hello?” I said. She took a breath before saying, “I will always love you, but I can’t condone this.” She would not attend the wedding. I hadn’t expected her to be a bridesmaid, but it never occurred to me she would refuse to be part of the day. I hung up the phone and stared out the window at the expansive lush green ridge of the Shawangunk mountains, holding my belly as though I had been gut punched.

We spoke once or twice after that, but our conversations were terse, and then, through all the planning, dreaming, and worrying…silence. I had lost my best friend of twenty years.

In a gradual and profoundly heartbreaking process, others followed suit. Phone calls became shorter and less frequent. No one mentioned my fiancé and no one asked about my wedding plans. Soon, communication stopped altogether. Though it was never said out loud, I felt like I had been disowned.

This marked the end of cherished Shabbat dinners and other invitations, but I also experienced an unexpected relief as my heart opened to love, despite these terrible casualties. I was shedding more than just strands of hair; I was shedding expectations—of others and myself. My community and my hair had both been important to my identity, but I was learning that neither defined me.

I had been on a trajectory that wasn’t true to my own core values. This didn’t mean I didn’t respect my upbringing; on the contrary, I wanted to show Chris the beauty of Judaism and the long-held traditions that made me feel connected to a higher power.

We had so much to discuss. Would we celebrate the sabbath? How would we raise our children? Would we have a Christmas tree? I had faith that we would answer these questions gracefully. Our marriage wasn’t just about two people coming together; it was about deciding the kind of life we wanted to live.

When I walked down the aisle of my outdoor wedding, my curls, wild and free, tickling my face in the whispering breeze of spring, I knew I was leaving behind all that was comforting and familiar. But as Chris took my hand to lead me to our chuppah, surrounded by the warmth and love of  those who chose to attend our wedding, a world of possibilities opened before us. Some known, some yet to be discovered. I was ready for them all.

About the Author
Aileen Weintraub is the author of Knocked Down: A High-Risk Memoir, about interfaith marriage, motherhood, and the risks we take. She’s on Twitter @aileenweintraub
Related Topics
Related Posts
Comments