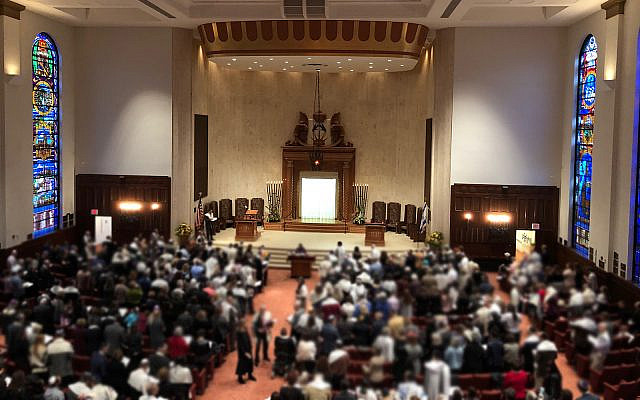 I hate talking about anti-Semitism.

I hate the way Israelis talk about anti-Semitism as a reaffirmation of Zionism. The discourse often embodies a combination of the perverse joy of “I told you so,” with a measure of paternalism, as Israel appoints itself as the solution and the protector. This is especially so when it comes to North American Jews, who dared to posit themselves as an equal alternative to Israel.

“We told you that you would never be at home, be accepted, and be safe, anywhere other than the Jewish homeland,” is a common Israeli mantra. While Israelis condemn anti-Semitism, they do not believe that it can be eradicated nor even effectively combated. Anti-Semitism, they believe, is inherent to diasporic life and can only be overcome through a dismantlement of the Diaspora itself, and until this occurs, Israel anoints itself as the spokesman for the powerless Jew.

I hate this discourse, because it perpetuates the endemic disrespect that many Israelis have toward the quality, vitality, and importance of Jewish life outside Israel. I hate it, because it diminishes the essence of Zionism, and imprisons it in concepts that were critically important in the 1920s and 1930s, but which are inadequate for the 21st century. I hate it, because it presents a façade of care that serves to whitewash disrespect and growing alienation.

I hate some of the discourse around anti-Semitism in North America. Some of it exaggerates the problem and paints contemporary Jewish life with pre-Holocaust categories, thus diminishing the remarkable success and strength of North American Jewish life.

I hate when anti-Semitism takes over all Jewish discourse. I hate to talk about anti-Semitism, because I want to talk about what Judaism can learn from and contribute to the modern world, and not merely how we can survive it. I was raised on the belief that contemporary Jewish life, whether in Israel or North America, had a critical choice to make between Auschwitz and Sinai, as to which was to guide our lives and shape our core identity. Auschwitz was to be remembered and mourned, but it is Sinai and the teachings of the Jewish tradition over the millennia that give Jewish life meaning and value, and consequently, a future.

I was raised to believe that the fundamental challenge of Jewish life is the development of ways to enable our 3,000-year-old tradition to learn from and incorporate the best of modern thought. That the greatness of our tradition is measured not merely by the depth of its past, but by the courage of its interpreters to ensure that the tradition is relevant and reflects the best of what we can learn from others.

And so, I was raised to hate to talk about anti-Semitism, and to simply ignore it. Talking about it, thinking about it, and engaging with it, recreated the spiritual, intellectual, and moral ghetto walls from which we had finally been redeemed. Talking about it shifts Jewish discourse inward, instead of upward, and makes survival the principal concern of Jewish life, leaving no oxygen for the critical work of meaning, value, and purpose.

While I hate talking about anti-Semitism, I hate anti-Semitism even more. I hate what it does to Jews. I hate the fear that it instills. I hate the pain and suffering that it causes. I hate the attention that it demands. And as we are experiencing with increased frequency, it does demand attention, even from those of us who hate to talk about it.

I don’t want to offer an analysis of anti-Semitism’s root causes, why it is reemerging today, and the steps we need to take to best protect ourselves. Instead, I want to talk about how to talk about anti-Semitism in a way that may avoid some of the pitfalls of that conversation.

1) We must not use an anti-Semitic incident as a vehicle or opportunity for our own ideological aggrandizement. For example, when an anti-Semitic attack occurs, Israelis must refrain from calling on Diaspora Jews to make aliyah, no matter how well-meaning those Israelis may be. Imagine how we Israelis would react if, after a terrorist attack here, Diaspora Jews called on us to send our children abroad because it isn’t safe to raise them in Israel. When the other is experiencing loss, pain, and fear, whether from terror, war, or anti-Semitic violence, it is not the time to offer self-serving “solutions” that only reinforce our own ideological certainties.

Similarly, in the toxic partisan political environment of today’s America, anti-Semitic attacks cannot be used as a vehicle to denounce the moral bankruptcy of one’s political opponents. Too often we tolerate and excuse the anti-Semitism that comes from “our” political camp. Its perpetrators are classified as deranged instead of evil, in order to maintain political alliances and political correctness. It is only such anti-Semitism that comes from the “other” camp that is classified as threatening and worthy of condemnation.

When we politicize anti-Semitism, we undermine the universal condemnation that anti-Semitic attacks deserve and require. Most significantly, we create deep divisions within our own community, and prevent us from uniting to combat the threats we face. It is critical that our discourse embrace a zero-tolerance policy — not only against anti-Semitism itself, but against those Jews and Jewish institutions which allow it to be politicized.

2) We need to talk about anti-Semitism in a way that does not minimize its dangers, but also does not falsely conflate the reality in America with that of pre-Holocaust Germany, or even that of contemporary France. It is important that we talk about the legitimate concerns and fears that anti-Semitism is generating, which are free from the false claim that Jewish life is existentially endangered. It is not, and Jews in North America know this. While they are concerned, they are not selling their real estate holdings or packing emergency go-bags.

It is critical that we remember that we are not fighting government-instituted anti-Semitism, but an anti-Semitism which the government itself is committed to fighting. In combating the attacks on where our people gather — our synagogues, community centers, and neighborhoods — we are neither powerless, nor alone. We are not experiencing a second Kristallnacht. Both in Israel and in North America, we are at home and have at our disposal both immense resources and deep and loyal allies. As a result, we can and must maintain a discourse about the current wave of anti-Semitism, which embraces the conviction that, with a concentrated effort, we can prevail and make Jews feel safe again.

3) We need to avoid the discourse that portrays anti-Semitism as a unique phenomenon and the Jews as uniquely attacked. I don’t deny that there are ample historical arguments which point to anti-Semitism as distinct in its longevity, its ferocity, and the extent of its destructiveness. Instead, I am questioning whether this discourse is helpful to modern Jewish identity.

Our responsibility is to protect and ensure the survival of the Jewish people, but our mission is to create a people guided by a tradition which challenges us to live lives of meaning and value and which can be a light both to ourselves and others. We need to fight anti-Semitism wherever it appears, but fighting anti-Semitism must not exhaust or define the purpose of Jewish life.

The reason that I hate talking about anti-Semitism is that I fear its impact on Jewish life. The more we talk about the uniqueness of anti-Semitism, the more we consecrate victimhood and aloneness as the defining experiences of Jewish life. That, however, is neither a prescription for long-term Jewish survival nor greatness. The principle lesson of Auschwitz is “Never Again.” The principle lesson of Sinai is the challenge to become a holy people.

As in the past, I know that we will prevail against our enemies. The question is how to ensure that that victory does not undermine the essential Jewish responsibility to build a life of moral and spiritual greatness.