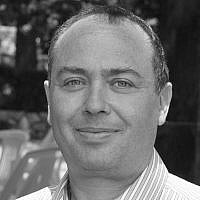 The Blogs
Michael Marmur
Apply for a Blog
Advertisement
Please note that the posts on The Blogs are contributed by third parties. The opinions, facts and any media content in them are presented solely by the authors, and neither The Times of Israel nor its partners assume any responsibility for them. Please contact us in case of abuse. In case of abuse,
Report this post. 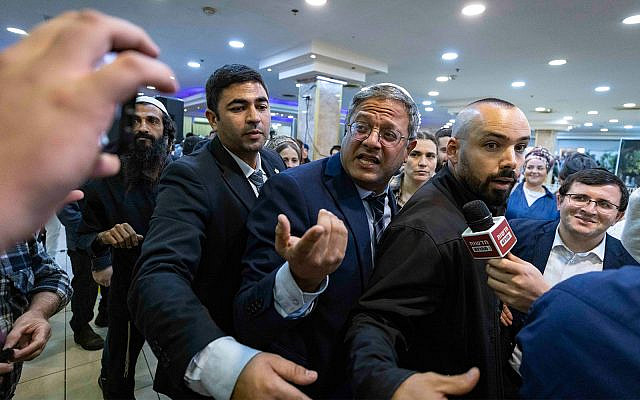 Within the next few hours or days, negotiations to form a new government in Israel will be concluded. The government was elected by a democratic process, and the results must be respected. That does not mean, however, that they should be welcomed (they shouldn’t), or that we should assume things will work out well (they won’t). It seems most likely that democracy, pluralism, fundamental human rights, and the rule of law will be under relentless attack. Not through external threats (they are also real), but from elected officials with their hands on the reins of power. Attempts will be made to discourage, disrupt and dismantle the core institutions of Israeli democracy. It is going to be ugly.

I hope I am crying wolf, in which case you should all feel free to remind me of my error when peace breaks out, justice trickles down like maple syrup, and the anxiety of human rights activists proves itself to be no more than neurosis.

I hope I am wrong, but I suspect this hope is forlorn. Knowing who is likely to be placed in charge of the police force, the budget and the apparatus of the occupation, we have a pretty shrewd sense of what to expect. The man most likely to be finance minister just gave a speech in which he targeted human rights organizations as an existential threat to the State of Israel. These guys are not playing around, and they mean to strip Israeli democracy of its assets in the name of the Jewish people, tradition and security. It won’t matter much if you are a moderate centrist or a blazing radical. We are all going to be kicked in the assets.

I hope I am crying wolf, and that we can all just concentrate on being Start-Up Israel and a beacon of enlightened values. Meanwhile, the wolf is sizing up NGOs, civil society initiatives, and critics, much in the way you might size up a light snack before supper.

You have a choice, reading these words wherever you happen to be. You can switch off and tune out. Or you can lean in and hunker down. If you know and care about an institution furthering a vision of Israel which is now under threat, I urge you to support it. I don’t believe that the worldview presented by the big winners in these elections will ultimately prevail, but the wolf will have taken quite a bite out of our most precious values before we work out a way of channeling the fear, the rage, and the vacuum which has brought the wolf to the door, and invited it in.

Choose a cause that reflects an Israel you care about, and do whatever you can to support it. Senior ministers in Israel’s new government will try to intimidate you — while others tell you that you are overreacting and everything is fine. But don’t stop leaning in and hunkering down.

I am not crying wolf, and I am not crying. I am listening to what is being explicitly stated and refusing to ignore it. One of the organizations sure to be listed as a threat is Rabbis for Human Rights, whose annual campaign starts in a few days. Choose us, or choose someone else, and show the wolf you aren’t giving up on the vision of an open, just, decent, inclusive and forward-thinking Israel.

About the Author
Michael Marmur is the chair of the Board of the Israeli human rights organization, Rabbis for Human Rights. He is also an associate professor of Jewish Theology at Hebrew Union College in Jerusalem.
Related Topics
Related Posts
Michael Marmur