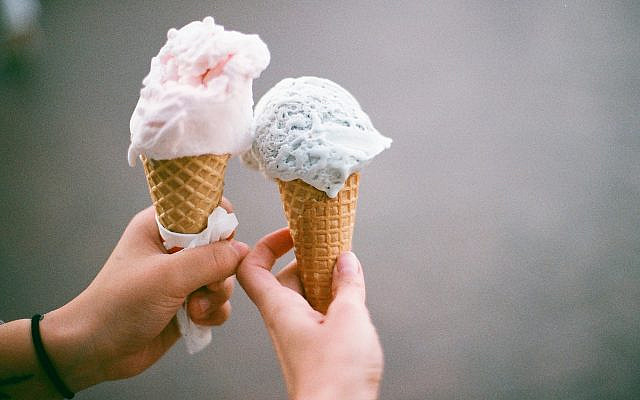 I glanced in my kitchen’s fridge. Yes, I have 3/4 cup white sugar, 1 cup heavy whipping cream, a 1/2 cup of milk and 2 tablespoons of vanilla extract. All the ingredients to make some ice cream; how difficult can it be?

Later, with a large bowl of fresh ice-cream in front of me, I can definitely say that I am an ice-cream maker. As such, I can exercise my right to comment on, and criticize, anything and everything in today’s world. Of course, as a Blog writer, I already do that but now I will be able to comment on things that I do not understand or know nothing about.

Some of my blog’s many readers may have noticed Ben Cohen and Jerry Greenfield taking the trouble to criticize the United States for their policy on Ukraine. These two are perhaps better known for their ice cream – Ben & Jerry’s. I am sure that the President of the United States was grateful for their advice. They could have dropped into the White House – a cold call, you might say – but they might have had an icy reception.

This was not Ben & Jerry’s first sally into the hot world of politics. Last year they decided to stop selling their wares in something they called the Occupied Palestinian Territory. This was “inconsistent with our values” they said. It was not clear what values an ice cream company should have. It’s usually up to the stock market to decide what value a company has, be it an ice cream shop or an aircraft manufacturer.

We believe that the occupied territory they were speaking of is Judea and Samaria, currently occupied by its rightful owners. A moment or two with the internet would have told them that these territories were part of the ancient Kingdom of Israel. This was a long time before any Palestinians were around to claim the territories for themselves. In fact, Jews living in several countries of the Middle East were known as Palestinians.

In my role as a food critic, I would have liked to review Ben & Jerry’s ice cream but, sadly, I have never eaten any. As they are boycotting the heart of the Jewish homeland, I probably never will. Luckily, we have our own manufacturer and can enjoy Blue and White ice cream. That’s good taste for you.