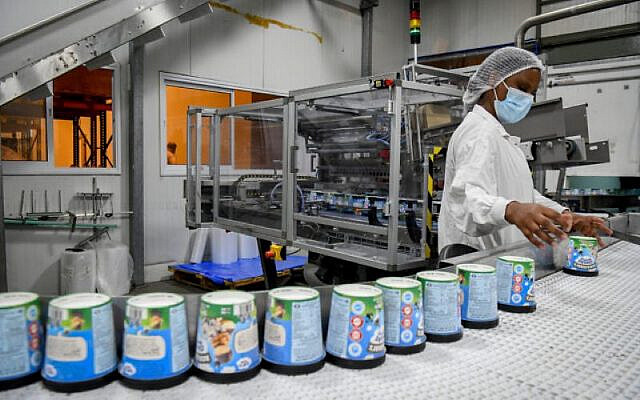 The tagline of the mission statement on the Ben & Jerry’s website says that the company believes that “ice cream can change the world.” Ben & Jerry’s decision to stop the sale of its ice cream in the Occupied Palestinian Territories (OPT) may not end up changing the world, but the uproar it has generated has done more to raise awareness of the existence and location of the Green Line than decades of Peace Now marches and Haaretz editorials.

The accusation that Ben & Jerry’s is boycotting Israel is totally unfounded. As the company’s announcement said, it is halting sales in the OPT but will continue to market its products in Israel.  That may sound like a boycott to right-wing annexationists for whom West Bank settlements are on a par with Israeli cities, but mainstream Israelis should be smart enough not to buy into this baseless claim. This is not BDS, a movement that advocates boycott of, divestment from, and sanctions against the State of Israel. Once Ben & Jerry’s withdraws from the occupied territories, Israeli consumers from Metulla to Eilat will be able to continue to down pints of “Chunky Monkey” with clear consciences and concerns only for the calorie count and not for shekels being spent to sustain the occupation.

There is also no basis for Foreign Minister Lapid’s statement that Ben & Jerry’s is “a disgraceful capitulation to antisemitism.” I would challenge anyone who supports that argument to find the connection between hatred of Jews and refusal to sell ice cream on lands stolen from the Palestinians.  By boycotting settlements, Ben & Jerry’s is simply aligning its marketing policy with international law and complying with UNSC Resolution 2334, which calls for differentiation between Israel and the OPT in all business dealings.

Perhaps most ludicrous is President Herzog raging about “a new kind of terrorism.” Terrorism, no more nor less?! Herzog should hang his head in shame over the outrageous equation between unleashing violence against innocent civilians and forcing settlers to take a 10-minute drive to satisfy their urge for a “Chocolate Fudge Brownie” fix.

The men from Vermont who started Ben & Jerry’s no longer have operational control of the company but true to the spirit in which they founded it, they published an opinion piece in The New York Times standing by the decision to halt sales in the OPT. Indeed, given the company’s commitment to “advance human rights and dignity” and “support social and economic justice,” Ben and Jerry could do nothing less than support the company’s decision to desist from activities that help turn the wheels of the occupation.

Truth be told, I’ve been a Ben & Jerry’s fan for decades.  Having grown up in North America of the sixties, I was a sucker for ice cream manufactured by two groovy Jewish guys who named one of their offerings after rock legend Jerry Garcia of the Grateful Dead. Decades later, they continued to appeal to aging boomers like me with a 2016 tribute to Bernie Sanders known as “Bernie’s Yearning” followed by “Bernie’s Back” in the leadup to the 2020 elections. But the company has always been about more than witty names and yummy flavors, with social consciousness dictating its fiscal policies from the outset. The economic impact of Ben & Jerry’s decision to withdraw from the OPT will only be known over time, but it’s unimportant.  What matters is that the debate it sparked has already done much to raise awareness about the occupation and demonstrate how those who are encouraging the State of Israel to return to the straight and narrow are actually its supporters and not its enemies. 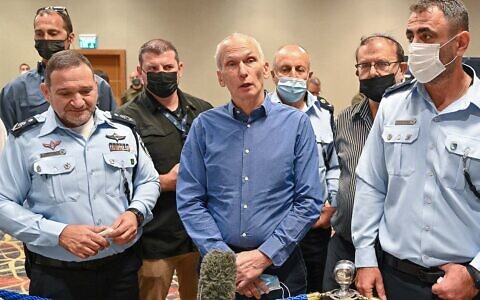 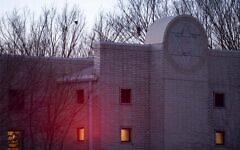 ‘An act of resistance’: US Jewish leaders defiant in 1st Shabbat since hostage siege
Peter Smith 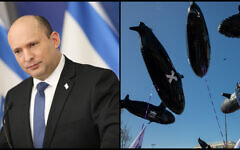 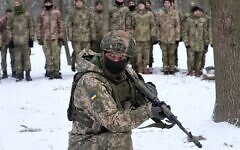 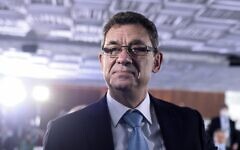 Pfizer CEO to Israeli TV: World should be back to near-normal in ‘a few months’
TOI staff 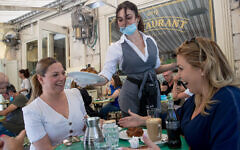 As kashrut reform takes hold, businesses put their money where the mouths are
Jessica Steinberg
Advertisement