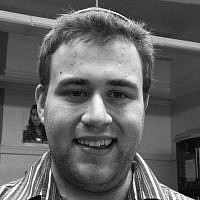 The Blogs
Justin Goldstein
Apply for a Blog
Advertisement
Please note that the posts on The Blogs are contributed by third parties. The opinions, facts and any media content in them are presented solely by the authors, and neither The Times of Israel nor its partners assume any responsibility for them. Please contact us in case of abuse. In case of abuse,
Report this post.

Ever since Obama was reelected, I have questioned his judgment on the selection of his cabinet members. When it was known that the President was nominating Chuck Hagel for Secretary of Defense, I was against this nomination and even wrote an article to that extent (see Joe Klein, Get Some Facts Straight). Now I am furious at the way Secretary of State John Kerry is treating Israel in his new attempts at peace talks between the Israelis and the Palestinians. Despite the fact that I didn’t vote for Obama for his stance on Israel alone, I now feel like I shouldn’t have voted at all in 2012.

First, lets look at the idiocy behind the premise of these peace talks. Kerry says that both sides, the Israelis and the Palestinians, would be coming to the table without any preconditions. Yet, when the Palestinian Authority (PA) demanded that Israel must release Palestinian prisoner (including murderers), Kerry caves and forces Israel to agree to the releases or risk loosing funding from the United States.  This action says to the world that the failures of the Camp David Accords in 2000 were because of Israel. This statement is wrong.

Lets look back to 2000. Clinton and his administration made one last attempt at resolving the Israel-Palestine conflict, known as the Camp David Accords. During this round of negotiations, Former Israeli Prime Minister Ehud Barak came to Yasser Arafat with an unprecedented offer: Israel would withdraw from 97 percent of the West Bank and 100 percent of the Gaza Strip. In addition, he agreed to dismantle 63 isolated settlements. In exchange for a 5 percent annexation of the West Bank, Israel would increase the size of the Gaza territory by roughly a third. Israel also made unheard of concessions on East Jerusalem: Arab neighborhoods of East Jerusalem would become the capital of the new Palestinian state. The Palestinians would maintain control over their holy places and have “religious sovereignty” over the Temple Mount (Israel asked for sovereignty over parts of the Western Wall that were religiously significant to the Jewish people). Israel also offered a continuous Palestinian state instead of small parcels of land. The offer also included a right of return for Palestinians to the new state and $30 billion international fund that would be used to compensate the refugees. This deal was the most that Israel has ever offered. This was a chance to end decades of bloodshed. Yet Arafat rejected this offer, thus choosing to continue fighting rather than finally have peace.*

Second, Kerry forces Israel to release 104 prisoners just to bring the Palestinians back to the negotiating table. The Palestinians did nothing to earn the release of these prisoners. Besides the fact that they are the reason why there is no peace at the moment, they launched the Second Intifada against Israel soon after rejecting Barak’s generous offer. In addition to this, when in 2005 Former Prime Minister Ariel Sharon decided that Israel would unilaterally withdraw from the Gaza Strip, Israelis were met with more violence. Instead of the doves of peace, terrorists from Gaza fired over 5000 rockets into southern Israel.

The PA has done nothing to deserve the release of 104 murderers from Israeli prisons. In fact they deserve to be punished for the way they have dealt with Israel. They still have Palestinian children learning from textbooks that claim Israel has no right to exist, and do nothing to stop the honoring of terrorists in the West Bank and Gaza. The United States has a policy of not negotiating with terrorists. Israel should not be forced to do what the United States doesn’t do itself. The fact that the Obama Administration is forcing these negotiations on Israel represents the hypocrisy of this administration and why I am displeased with it.

While I do believe that the Palestinians do need some form of representation and government, it is time to question whether the Palestinian Authority actually represents the best interests of the Palestinian people. I don’t believe that they do. I believe its time to hear from actual Palestinians what they want instead of believing blindly that the PA says they want. Until this happens, Israel should not be forced to the negotiating table with threats of funding cuts and being forced to release prisoners for nothing in return. Seeing as the Israelis are being forced to release prisoners, it is time for the US to finally talk about releasing Jonathan Pollard. He has served enough time. Israel has done so much for the United States on blind faith that it should be rewarded for the hell it has gone through since the beginning of the second Intifada.