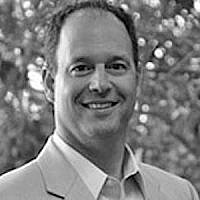 The Blogs
Zack Bodner
Apply for a Blog
Please note that the posts on The Blogs are contributed by third parties. The opinions, facts and any media content in them are presented solely by the authors, and neither The Times of Israel nor its partners assume any responsibility for them. Please contact us in case of abuse. In case of abuse,
Report this post.

I know this is a difficult time for you, as it is for all of us who care about Israel. I know you worry about our family in Israel and are frustrated hearing comments from your friends in school and seeing posts on social media one-sidedly blaming Israel for the conflict in biased soundbites. I think you’re doing a remarkable job weathering the daily barrage, but as progressive Jews living in Northern California, I know you struggle with how to express yourself to your friends and share a different narrative on Instagram and TikTok.

It may not surprise you to hear that I am in the same boat. I too am frustrated with what I see in the news, read on social media, and hear from people in the community. It’s especially difficult when we see people who identify as “progressive” condemn Israel unfairly. We can’t understand why they don’t see what’s so obvious to us, and it disheartens us that we stood by them for so many of our shared causes and now they’re abandoning us for this one.

We marched with them side-by-side in the Women’s March. Together, we chanted at gun control rallies. We sat together at Planned Parenthood and NARAL lunches. You posted countless memes on social media calling for racial justice. And you’ve donated time and money to organizations that fight for immigrants’ rights and environmental justice.

Yet, when it comes to Israel, our progressive friends either sit back quietly or worse, join in with the Israel-bashers. How do we break through to them? How do we help them understand that Israel embraces progressive values and they should be standing with Israel, not with the terrorists who are attacking Israel?

Here’s what I want to say to them. I want to remind them of what it means to be a true progressive and how our shared values relate to current events in Israel and in fact, happenings throughout the greater Middle East.

2. Progressives believe in democratic rule. We believe in regular, free and fair elections, and that parties of varying beliefs should be able to run for office. Israel has had four elections in the last two years, and in the last election, an Arab party that rejects the foundational principles of the State of Israel was elected to the Knesset. Meanwhile, the last time we saw elections in the Palestinian territories was over 14 years ago.

3. Progressives believe in women’s rights. We believe women should be given every opportunity that men are afforded. And in Israel, women serve in combat units in the military, on the Supreme Court, in the Knesset, and have even served as Prime Minister. But in Saudi Arabia, women can’t travel abroad without a man’s permission. In Afghanistan, girls can’t go to school in Taliban-run areas. In Pakistan, girls who’ve been raped are subject to honor killings. And in Egypt, 92% of women between the ages of 15-49 have been forced to undergo genital mutilation!

4. Progressives believe in gay rights. We believe our gender and sexuality should not impact our freedoms, and LGBTQ people deserve all the same rights as straight people. Israel has some of the largest gay pride parades in the world (in which we’ve marched as a family), and is a country proud to have openly gay members of Knesset, trans rock stars representing the country in international competitions and gay soldiers proudly serve in uniform. However, in Gaza, if the authorities discover you are gay, it’s very likely you will be tortured and killed.

5. Progressives believe in minority’s rights. We believe the role of government is to protect the minority and we are highly sensitive to the tyranny of the majority. In Israel, Arabs make up roughly 20% of the population and they have the right to vote, right to run for office, and even serve on the Supreme Court. Arab Israelis do struggle to gain equal access in some areas, which is why progressives constantly advocate for the rights of Arabs and Muslims living in the Jewish State. But, in Saudi Arabia, you are not allowed to step foot in Mecca or Medina if you are not Muslim. Gaza is judenrein, meaning no Jews are allowed to be there. Even West Bank areas run by the Palestinian Authority prevent Jews from living there. That is what one would call religious apartheid.

6. Progressives believe in freedom of the press. We believe reporters should be able to report the news without fear of the government shutting them down, even if they’re critical of the government. In Israel, you can open nearly any newspaper or turn on any tv station and you’ll hear plenty of frustration aimed at the government. But if a reporter in Saudi Arabia insults the royal family, they may not walk away in one piece.

7. Progressives believe children should be cherished, protected and valued. Actually, conservatives believe that too. This is a universal value, which is why Israel spends billions of dollars protecting children by building bomb shelters and investing in anti-missile systems like Iron Dome that can shoot rockets out of the air before they kill children. Meanwhile, Hamas uses children as human shields, hiding their weapons caches in schools and mosques.

I want to remind our friends that Israel is a little country that embraces progressive values even though it is surrounded by authoritarian-run countries that don’t. And that progressive country spent the last week and a half defending itself against a terrorist army, Hamas, which has the backing of some of those authoritarian-run countries. And despite it being nearly impossible to be a good progressive when you’re at war, Israel does its best, including tactics like alerting inhabitants so they can evacuate buildings before they bomb.

Now, is Israel doing everything right? No, of course not. But no country does everything right – not even the most progressive countries in the world do. And surely, the US doesn’t. From our immigration policies to racial injustice to massive economic inequality, we have our own work to do here.

So yes, it’s ok to question the actions of Israel’s government. It’s human to feel empathy for innocent civilians hurting on both sides of the Gaza-Israel border. And it’s right to criticize Israelis who are participating in violence against Arabs. But there’s a difference between legitimate criticism and one-sided, biased condemnation of Israel’s Defense Forces trying to protect its citizens from an onslaught of terrorist rockets.

So, if your friends and social media contacts can’t see themselves supporting Israel for some reason, so be it. I’m sure they have legitimate reasons. But let’s be clear that they should not blame their lack of support on their progressivism. That’s not what holds them back. It’s something else and they may want to search their souls for what it is. And when they discover it, they may also discover what to call themselves.

But in the meantime, you ought to feel really good about your own values and your ability to call yourself progressive. For indeed, that’s what we are.

Keep fighting the good fight. I’m proud of you.

About the Author
Zack Bodner is the President and CEO of the Oshman Family JCC in Palo Alto, CA and the Founder of the Z3 Project, an effort to reimagine Diaspora-Israel relations. He is the author of the forthcoming book "Why Do Jewish: A manifesto for 21st century Jewish Peoplehood." He lives in Silicon Valley with his wife and three kids.
Related Topics
Related Posts
Comments 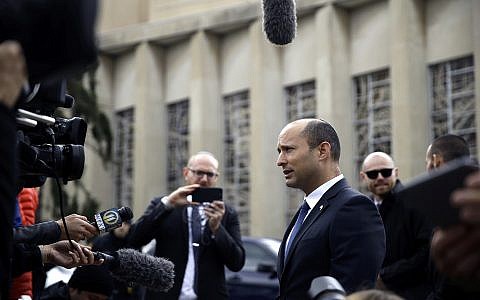 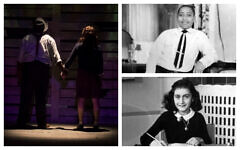 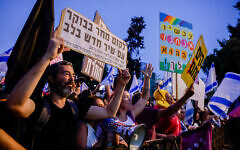 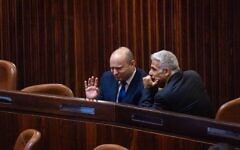