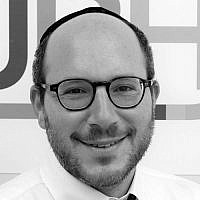 The Blogs
Aaron Fruchtman
Apply for a Blog
Please note that the posts on The Blogs are contributed by third parties. The opinions, facts and any media content in them are presented solely by the authors, and neither The Times of Israel nor its partners assume any responsibility for them. Please contact us in case of abuse. In case of abuse,
Report this post. 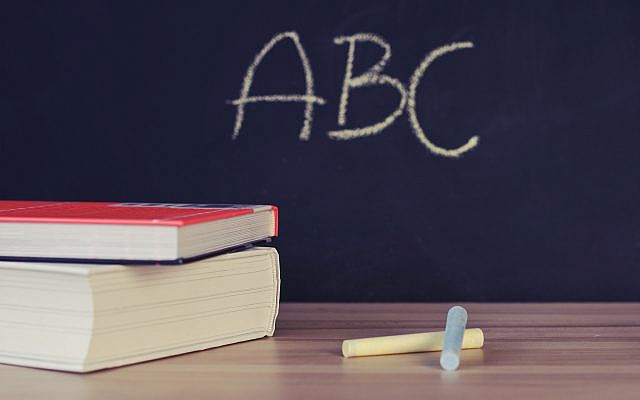 The photo is courtesy of Pexels.com

I just finished eating a delicious bowl of yogurt and fruit. It works like this. I pick up the portable phone and press intercom. The kids are sleeping so my wife hears. I place my order. Then, a few minutes later, there is a knock at the door. I wait a minute, open the door, and my meal is waiting for me. I quickly take the food and close the door. Almost 3 weeks ago, I tested positive for the coronavirus. My family was negative (Thank God), and I have been locked in my room since.

Looking back, the second wave started when silent carriers infected hundreds of high-school students and staff. Children and teens can spread the disease without even knowing it. It’s hard to believe that the government’s push to open schools was for purely educational purposes. Seemingly, one of the school system’s primary functions is to act as babysitters so that both parents can go back to work. The economy is extremely important. We need to eat. However, the current crisis should force us to reassess. Modern society has seen unprecedented technological advancements and rapid economic growth. In developed countries, only 2-3% of the manpower is needed for agriculture (as opposed to almost 70% in 1800). Yet most families still need two bread winners to cover the costs of living. What’s wrong?

Thomas Piketty’s Capital in the Twenty-First Century, an international best seller, discusses the history of the distribution of wealth in modern society. He uses historical data to show that capitalism itself will not bring economic equality and justice. In fact, quite the opposite. Piketty explains that unrestricted capitalism helps the wealthy increase their wealth at a rate much higher than the average person. He shows how the historically unprecedented economic equality that occurred in the 1950s and 1960s was the consequence of the radical monetary policy changes that resulted from two world wars.

In order to distribute wealth more evenly, Piketty advocates that there should be numerous progressive taxes on capital, in addition to labor, that redistribute wealth. For example, he envisions a progressive tax on capital that would require millionaires and billionaires to pay up to 10% of their capital yearly, depending on their level of wealth. He also proposes one-time capital taxes to lower or even rid of government debts. The total private wealth in modern western countries is about 6 times the country’s GDP. Just a 5% capital tax can lower government debts by 30%. I call laws like these Jubilee laws, in reference to the redistribution of wealth specified in the Bible that occurred once every fifty years.

To clarify, Piketty maintains that entrepreneurial income is extremely important for technological advancement, but nonetheless, wealth needs to be regulated. Companies, investors, and entrepreneurs benefit from the bankruptcy and limited liability corporation laws that allow the entrepreneurial spirit and capitalist system to flourish and grow. In many circumstances, regular wage earners’ taxes pay for these fallouts.  Society works together. Private capital is not purely self-made, but rather a result of the economic system that society has built.

Like Piketty, Warren Buffet, the Founder of Berkshire Hathaway and a major proponent of capitalism, argues that a working breadwinner should be given a significant Earned Income Tax Credit together with his paycheck. Andy Serwer, the Editor in Chief of Yahoo Finance, interviewed Warren Buffet on March 10th, 2020. He quotes Buffet:

“We address [economic inequality] so that anybody that works 40 hours a week, and has a couple of kids, that they don’t need a second job in the family. They can have a decent life…It means increasing the Earned Income Tax Credit …What they need is more money in their pocket…”

While Buffet maintains that the current economic situation was not intentional, he agrees that capitalism created the enormous differences in wealth. Serwer quotes Buffet:

Buffet, like Piketty, also supports higher taxes on capital, an opinion that he and fellow Billionaire Bill Gates have voiced in the past.

I work for the Jewish Brain in High-tech (formerly Avratech), a social business enterprise that offers married Haredi men or avreichim a unique high-tech training and apprenticeship program with guaranteed employment. Our students have little secular education, and their wives are trying to support the family. The men join our program hoping to become the primary breadwinners. I advocate for Haredi men to participate in the economy, not because it increases the country’s GDP, but rather because it enables the men to take pressure off their wives. I want their children to arrive home from school with a mother to welcome them. I want their 1-year old child to spend time with his or her mother instead of being sent to day care for 9 hours daily. Either parent can take the role as the caregiver as long as they are sensitive to children’s needs, but one parent must be home. The situation that I am describing is an international problem. The way to bring one parent back into the home is through international economic changes.

Fiscal policies have created a system that have led to extraordinary private wealth, but the distribution of wealth has not been just. A typical wage earner can no longer support his or her family. Both parents need to work. The Israeli government opened schools in mid-May so that both parents could go back to work. The coronavirus continued to spread. If the Israeli government and other governments want to control the virus, they need to implement the changes that Piketty and Buffet propose so that one parent can stay home with the children. Fiscal policy changes are needed, and now is the time to reassess.

About the Author
Aaron Fruchtman is the Vice President of the Jewish Brain in High-tech, or JBH (formerly Avratech). JBH is an organization that offers Kollel men high-tech training and guaranteed employment in an environment conducive to a Torah lifestyle. Aaron spent over a decade studying and teaching in Yeshivas and Kollels in Israel. He moved to Israel from Atlanta after completing his BA in philosophy.
Related Topics
Related Posts
Comments