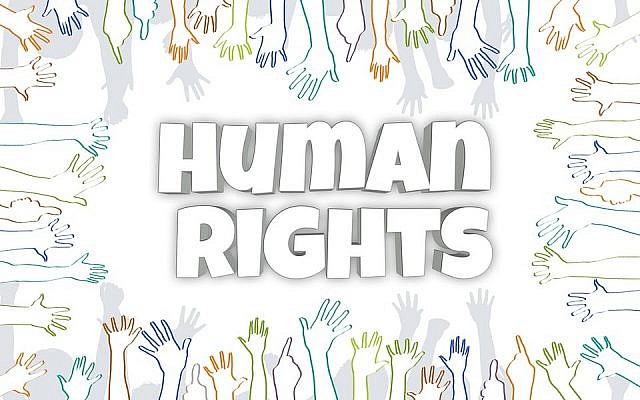 Individuals, societal groups and nations all recite, “I want my rights”. The claim sounds good but the question is what it means. What are “my rights”? Where do they come from?

Religion says that rights come from God, spelled out in Scripture and endorsed by a social compact. This means that no-one has rights unless others agree. Reciprocal recognition of rights is good for survival and self-defence, otherwise no-one is safe. But acknowledging the other’s rights often causes conflict.

People expect the United Nations to enforce human rights and condone human wrongs, but it’s a dream. There is no real human rights culture. The worst violators of human rights are in the UN itself where no-one is honest enough to be ashamed of their selfishness. The UN was supposed to uphold the Four Freedoms by issuing a Universal Declaration of Human Rights. A nechtige tog!

In Britain in the 1960s I led a group of young people in a study of the Biblical origins of human rights. We started with the Ten Commandments which declare, “Thou shalt not kill” and “Thou shalt bear no false witness”.

We also looked at the Cyrus Cylinder, the Greek and Roman ideas of natural law, the Magna Carta, the Petition of Right, the US constitution, the French declaration, the American Bill of Rights… and the Renaissance thinkers who said there was a “Christian consensus”. All impressive, but left in the realm of theory.

Today we have the Internet, which speaks of “basic rights and freedoms to which humans are considered to be entitled, often held to include the rights to life, liberty, equality, and a fair trial, freedom from slavery and torture, and freedom of thought and expression” – again, nice and altruistic but without bite or enforceability.

Hardly anybody has the Biblical “clean hands and a pure heart”. All we get are declarations and conventions. A world based on human rights remains elusive.

“Life, liberty, equality, fair trial, freedom from slavery and torture, freedom of thought and expression” – all disregarded and sinned against… especially by the very nations and world bodies that claim to defend them. Deep down these groups know they’re guilty, but their game gets nowhere. They violate the right to life every day. They merely enrage decent people and make fools out of international leaders. The old stereotypes are too comfortable.

Is there an answer? Strangely (or not strangely) there is, but we have to go back to the Bible to find it. The key word needs to be changed, becoming not “rights” but “duties”.

In an address to the Institute of Directors in London in 1967, Rabbi Immanuel Jakobovits noted out that the Bible has no word for rights. The Decalogue is not a Bill of Rights but a code of commandments. There are no intrinsic rights in the Bible, but there are obligations. The rich man must open his hand to give; the poor man has no entitlement to open his hand to demand his share.

Rabbi Jakobovits said, “Everyone thinks of what society owes to him, not of what he owes to society. Instead of asserting rights at the expense of others, let us assert duties at our (own) expense”.

The monotheistic faiths share this doctrine. Can’t they work together to bring it about? It would be good in itself: it would give religion new credibility.