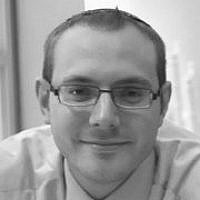 The Blogs
Jason Pearlman
Apply for a Blog
Please note that the posts on The Blogs are contributed by third parties. The opinions, facts and any media content in them are presented solely by the authors, and neither The Times of Israel nor its partners assume any responsibility for them. Please contact us in case of abuse. In case of abuse,
Report this post.

There is a feeling building inside me. It started as a knot in my stomach and then grew to an all-encompassing rage. As we enter yet another day of this war of rockets, tunnels, soldiers and tanks, I am overcome by grief for the soldiers who have fallen. I am torn apart every minute that my friends who have been called up are not at home with their families. I am enraged by the constant criticism of anything and everything Israel does, while Hamas continues to fire missile after missile into Israel with impunity.

But there is another emotion burning inside me. You see, the truth is, I want to mourn for the Palestinians of Gaza. I want to cry for the innocents caught in the conflict. For the parents who have lost their children. For those who have fled their homes, and for those who have been left homeless. I want to cry for those whose memories are sullied by the inclusion of combatants in the numbers of civilian casualties, so as to greater appeal to international sensitivities.

This is not and should not be the case.

The reason there are dead Palestinian babies? Hamas.

The reason there are homeless Palestinians? Hamas.

The reason there are Palestinian orphans? Hamas.

It is Hamas’s insistence on using every opening of a border to bring in weapons that has kept Gaza closed off by both Israel and Egypt. It is Hamas who continue to teach the children of Gaza to hate and despise Jews – not Israelis, but Jews.

Hamas’s leaders have not only hijacked the Palestinian people in life, but they have hijacked them in death. They line them up to be killed, and make political and financial profit from the images of their bodies.

So I grieve for the innocent people of Gaza. I grieve for their lives in the prison of Hamas’s making. But sadly this grief is not afforded me by those on the outside, by those who see fit – for the sake of simplicity or complicity – to present this as a conflict of the powerful Israel versus the poor Palestinians.

For these Facebook trolls, Twitter addicts and even members of the foreign press, as a supporter of Israel and of the need for Israel to take military action I am not allowed to express anguish for the Palestinians.

Much of the world’s media has adopted the Hamas narrative and decided it is Israel to blame for the situation. So with every picture of a dead Palestinian child come five column inches of justification to attack Israel. And for every tweeted picture of casualties come 140 characters of incitement against Israel. This means there is no space for those who disagree with this slanted, monochromatic view to genuinely express sorrow. Such emotions are dismissed as “propaganda” or “rhetoric.”

They have decided that Israel is to blame, and only those who agree are allowed the space to share in the pain on the other side. Yet there should be no franchise on the grieving for the innocent.

About the Author
Jason Pearlman is a strategic consultant and media advisor specializing in communications and campaigns.
Comments