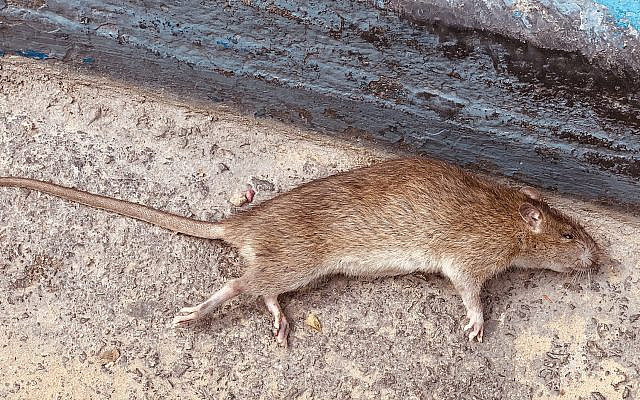 They called me a rat in Moscow. (Marc Kornblatt)

“He doesn’t want to talk to you because he’s pro-Palestinian, and you’re Jewish.”

On a recent visit to the US, I heard this remark over beers on the campus of the University of Wisconsin in Madison, the state’s capital. My longtime friend was talking about her son, a college student home for the summer, who turned down her invitation to join us.

We were drinking with a close friend of ours, a bi-racial man who seemed as surprised as I was by the son’s comment.

“That’s like my saying I wouldn’t talk to you, because you’re black,” I told him.

Neither he, nor she, disagreed.

This friend and I had been colleagues for nearly two decades at an elementary school on the other side of the tracks, as they say, where people are generally poorer and less white than folks in other Madison neighborhoods. The school, founded in the 1970s as a response to segregation, blends populations from both sides of the tracks and celebrates diversity.

Unabashed Caucasian liberals, we shared a passion for teaching at the school named in honor of Abraham Lincoln. We treasured it as a place where dedicated teachers fought the good fight against racism in America. She and I respected each other from the first day I walked into her classroom as a student-teacher 15 years her senior. A non-practicing Catholic, she never held my religion, or my age, against me.

But there we were, socializing at the university where we both earned our teaching degrees, and suddenly the religious divide between us reared its ugly head. I didn’t see that coming. To hear that my friend had a son who chose to boycott me because I was Jewish did more than surprise me. Having lived in Madison, once dubbed the Berkeley of the Midwest, for more than 30 years, it saddened me.

A proud American-born Jew, I moved to Israel two years ago, not because I hated the United States. I moved to Israel, took on a second citizenship, and settled in Tel Aviv, to experience what it would feel like to live in a place where, for once, I was not part of a minority.  Hearing that remark from my friend’s son helped drive home how other I was in America, even in a liberal bastion such as Madison.

I was Jewish. Case closed.

On my next trip to Madison, I look forward to drinking beer with my friend again. And if her son happens to come along? How does a moderately liberal Jew have an open, productive conversation with a more liberal antisemite? It is not a rhetorical question.

On the contrary, I’m raising a topic here that American Jews cannot ignore, as more young people wave the flag of Palestine and snub Israel’s. And I don’t mean young Christian people exclusively. I’m talking about young Jews who may not be antisemitic, yet are joining forces with those who are.

Meanwhile, America’s new president, a study in civility and forbearance, together with the diverse coalition still holding together in Israel’s Knesset, have shown us that government leaders may be able to rise above the kind of bigoted boycotting I experienced back in my former home.

Talk about a surprise.