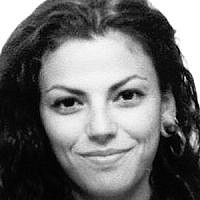 The Blogs
Chloe Perla Portheault
Apply for a Blog
Advertisement
Please note that the posts on The Blogs are contributed by third parties. The opinions, facts and any media content in them are presented solely by the authors, and neither The Times of Israel nor its partners assume any responsibility for them. Please contact us in case of abuse. In case of abuse,
Report this post.

When I was living in France, I was asked or told many things about Israel, and I, feeling that I didn’t know enough on this extensive topic, I always preferred to stay silent. Now that I live here for a while, and although I am far from understanding its complexity, I can talk about Israel. Here is a place to start. Now, I would like to tell you everything you may not know about Israel.

Not because I think I understand, or know better, but because I really am trying to. I think the search for truth is a quality in general and in particular when addressing such a complex topic.

And to be honest, this specific subject is particularly noisy, full of presumably absolute yet contradictory truths, and repeatedly portrayed in black and white when in fact, the reality is, not perfect nor imperfect, rather much more nuanced.

About Israel, one could easily believe that there are only two antagonistic approaches: on one side, there are those who tend to deny its existing inequalities, while on the other side are those who do not want to see its real and beautiful diversity. Because yes, too often, when mentioning Israel, it is all about blaming everything, or justifying everything. There is nothing in between, no nuance.

For instance, are those who we’ve heard yelling in the streets “Israel murderer” really believing that Israeli people attempt to assassinate Palestinian people nights and days? And as for those who spend so much energy trying to decry them, do they really think that in this country we are all saints, that there has never been any injustice committed among us or toward our neighbors?

I wish I could tell the negative ones that they are wrong and the cheerful ones that they are right, but none of these absolute realities I ever witnessed.  I do not hold the truth, yet I can say that it is much more intricate than that.

And me? I want to be honest in love, and talking honestly about Israel, it’s talking about all its complexity and showing this country and all its hues, without censorship.

About the Author
French social educator, Chloe Perla Portheault didn't come to live in Israel because of anti-Semitism but in order to try to understand a country and and conflict that people talk so much about from afar. It's been a perpetual quest ever since.
Comments