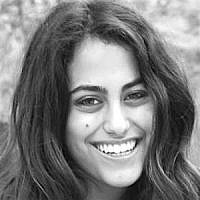 The Blogs
Corrine Malachi
Apply for a Blog
Please note that the posts on The Blogs are contributed by third parties. The opinions, facts and any media content in them are presented solely by the authors, and neither The Times of Israel nor its partners assume any responsibility for them. Please contact us in case of abuse. In case of abuse,
Report this post.

The past 24 hours have been an emotional whirlwind. As August 18th came to a close, so too did my time living and interning in Haifa with IAC Mishelanu Onward Israel. These past two months have been filled with growth, adventure, exploration, new friends, surprises, and invaluable lessons.

I was hesitant to move North at first; after all, how would a young millennial like me survive without Tel Aviv? I had never spent much time in Haifa and the extent of my knowledge was the Carmel Beach, the Baha’i Gardens, and the huge port that is responsible for almost all of Israel’s imports/exports. I always felt Israeli and connected to the land, however I did not think that living here for a summer would change or affect me, but I was pleasantly surprised. My summer living and working amongst 100% Israelis reinforced my identity, my beliefs, and my chutzpah factor.

As a Political Science graduate and a future Diplomacy and Strategy Master’s student at IDC I wanted to spend my summer delving into the field I eat for breakfast. Upon being honored with my acceptance to the program (which initially I did not think would happen because I would be a college graduate by the summer) I realized that the program would be based in Haifa, not Jerusalem or Tel Aviv, making my options for the Knesset and the Embassy automatically impossible. I spent weeks trying to match myself with a place that could challenge me while finding time to enjoy the summer and my short weeks in Haifa. With thanks to Tal Mansur, the Hillel emissary at Stony Brook, I was connected to the Haifa municipality. I had the idea that I would be working for the Mayor and immersed in all the hustle and bustle that surrounds the bureaucracy of a city however was informed that I would actually be in the culture department. That definitely was a change of plans from what I thought I would be doing. Instead of conducting research and population analysis I would be able to have my own experience with the people of Haifa – I would be researching something we often forget to have – fun. 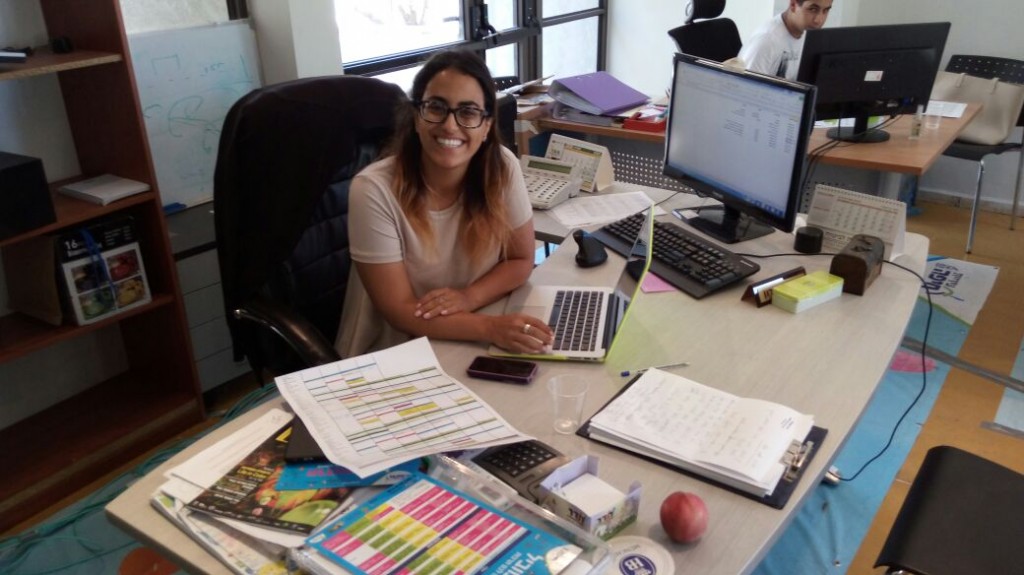 Don’t get me wrong, I get excited by a good political briefing as much as Hillary and Bill were excited by the blue, red, and white balloons at this year’s DNC, but there would be something completely different to gain from spending 8 weeks giving of myself and organizing summer events for the vibrant citizens of the greater Haifa area. While politics and government relations are crucial and important to our survival as a ruling body and nation, we all know that it can be a complicated system that is heavily divided in almost every part of the world, but with things like music, threats, dance, food, and friends the gaps between us are minimized.

As someone who grew up in a musical household where music and dance was constant and a singer/dancer in my free time there was something magical about being able to re-connected to my passions and aspirations, political goals aside. Music is able to connect two people from the polar opposite sides of the spectrum and unite them in ways that arguing in Facebook posts about the elections cannot. Seeing children glowing during their time at a local carnival together, regardless if they are Jews, Arab Muslims, Arab Christians, or Druze, is enough to unite a population and bring more tolerance and light. Spending two months in a municipality with co-workers who are the true meaning of acceptance and diversity can provide greater perspective and a new worldview. Being on a program with 25 other Israeli-American students who are different in every way possible, just like our summer home, can test our patience and acceptance yet give us a chance to become less ignorant of the things we are not familiar with and share of ourselves in ways we never have. 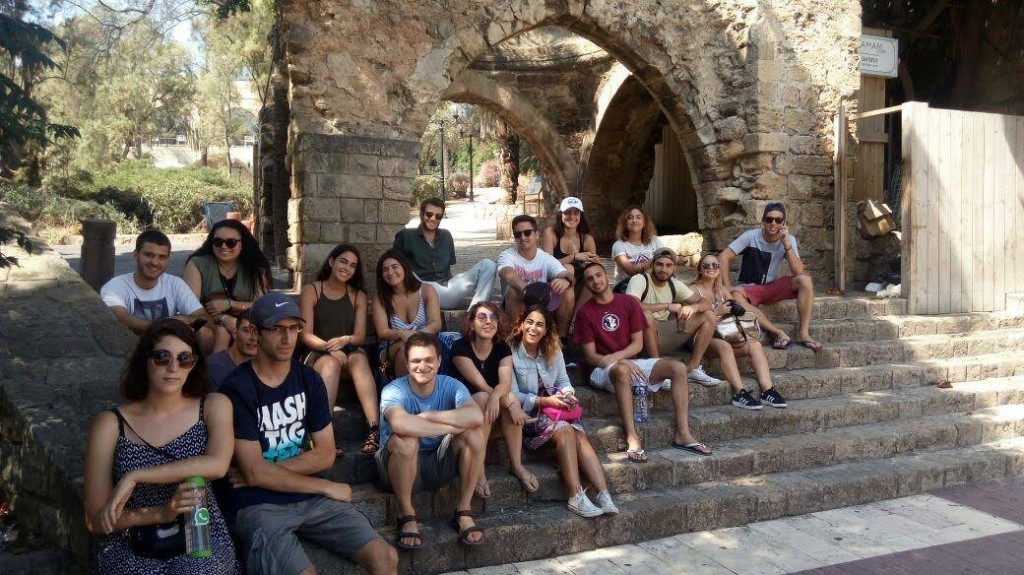 Personally, this proved to be true when I found myself becoming friends with a girl on my trip, who lives across the hall from me, who was everything I was not. While I was a proud right-winger she was left yet we bonded over the other things that empowered us and put aside our disparities. We connected over our love for makeup, addiction to coffee, our Orthodox upbringings, and our similar drives to make the world a better place. We focused on the things that united us and made us stronger; Sivan Leah this one’s for you. 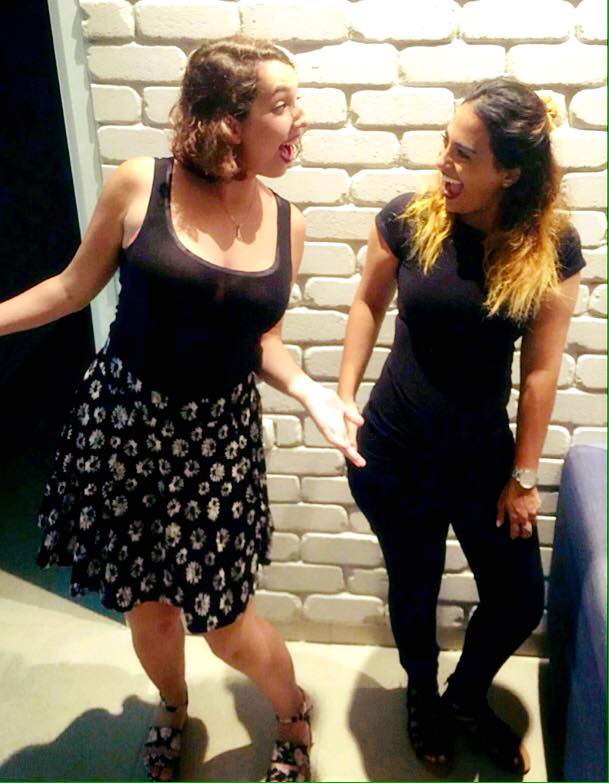 Moving forward to my last night in Haifa, and on my last day as a worker of the municipality, I was able to finally benefit from the fruits of my labor – one of the culture department’s summer highlights – and attend ir habira, Haifa’s 2 night beerfest, filled with friends, live music, and all you can drink beer – not too shabby of a farewell. As I close off my summer with my memories, friends, and 4 more pounds, I am proud to say that Haifa has been my home and hope to have the privilege to show others its beauty as it continues to grow and flourish. 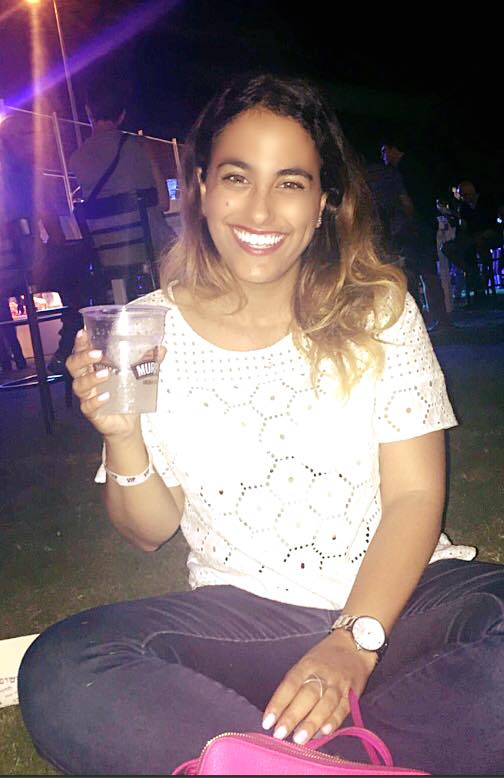 About the Author
Corrine is a passionate advocate and delegate for Israel in America. She is a senior at Yeshiva University and is a campus leader from the Israel club, lobby missions, ZOA, AIPAC, and the IAC. Corrine is a student of Ambassador Danny Ayalon and hopes to pursue a career in Israeli diplomacy. She has been working for Taglit-Birthright since 2013, interned under Consul General Ido Aharoni at the Israeli Consulate in New York City, interns at Hasbara Fellowships and is a student leader of the Israeli American Council's Mishelanu.
Comments