First of all, I am not Jewish, although I am asked on daily basis if I am, since I wear a Star of David. I spent a year of my life pursuing a masters in Tel Aviv and I have visited Israel more times than most Jews that live in my city. I left half of my heart in Jerusalem, and I am planning to go back and collect it sometime soon.

Eitan Chitayat made a beautiful video highlighting the different Jewish stereotypes around the world, and I only learned about it when I casually found a TedTalk by him, needless to say that between those two videos, I was snuggling in my sofa, crying my eyes out and ready to go to the battle field even though I can barely hold a chicken knife without cutting some of my own skin. Not really a warrior, as you can see. 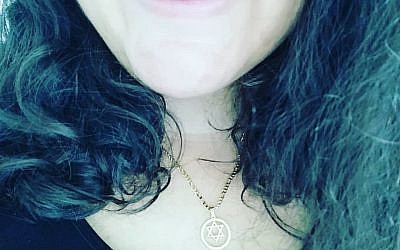 A couple of weeks after that video sank in me, I tweeted Eitan, he answered me, and I decided to wear my Star of David necklace proudly. There are still so many things I do not understand about Judaism, so many facts for me to be discovered, but no valid argument about the Jewish evilness many people I know talks about.

I do love stereotypes though, they allow you whether to fit in them, or to surprise people by not following them. It is up to you. One of the many Jewish stereotypes I have heard is how big their celebrations are and how welcoming they are. I was blessed enough to enjoy a seder in Passover, and a Rosh Hashanah dinner in September. It was with people I barely knew but treated me as one of their family.

A new year begins — yes, I know Rosh Hashanah was in September, but I still go by the Gregorian calendar, #SorryNotSorry — and that means 365 chances for different things. To try new things, to strengthen old habits and get rid of some as well, to be a better person, or to at least try to be less of the awful human you have become.

But most importantly, a new year means you get to find new to ways to reinforce your Jewish identity, your Jewish affinity and to prolongue those Jewish stereotypes that so good do to the world, and if you disagree with me, just google Israeli or Jewish inventions/important people.

About the Author
Ana is a curious girl that after exploring Israel and pursuing an MA in TAU during 2017/18, also found her life partner in a museum in Jerusalem. In the middle of a pandemia, and a world crisis, she married her Jerusalemite lion and moved to Israel for good. She writes about her experiences as a wife, as a foreigner in the Holy Land and as a woman exploring life.
Related Topics
Related Posts
Comments