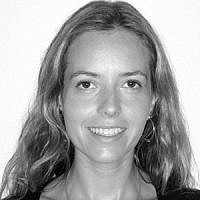 A few weeks ago, several media outlets in Argentina reported about a recent meeting between an Argentine journalist and a man named “Ibrahim Yassin” in Israel.

Yassin is well-known in Israel, but almost nobody knew about him in Argentina. Originally a Shiite Muslim from Lebanon, this man told the Argentine reporter the amazing story of how he became an Israeli citizen and an Orthodox Jew, changing his name to Abraham Sinai.

The story of his transformation began during the civil war in Lebanon, in the 1970s and 80s, when he witnessed the atrocities committed by the Syrian army and also by Hezbollah combatants. When the Israeli army entered Lebanon, Yassin was able to confirm that they operated under a different set of values, especially when an Israeli army patrol, putting his own life at risk, rescued Yassin’s pregnant wife and arranged for her to be taken to Haifa, where she was able to give birth safely. According to Yassin, she would have died if left in Lebanon.

Yassin’s closeness to the Israelis generated the suspicion of members of Hezbollah, who kidnapped and tortured him for months. According to Yasmin, a man named Imad Mughniyeh, tired of not getting the information he was expecting to get from him, burned Yassin’s 8-month old son alive in front of his eyes.

After a while, and convinced that Yassin was innocent, they decided to release him. According to reports, it was then that Yassin decided to infiltrate Hezbollah and spy for Israel. He did so for 10 years, and the valuable information he provided to the Israelis saved the lives of many Israeli soldiers.

In 1997, when the Israelis felt that Yassin was in serious danger, they took him and his family to Israel, where they have lived since then.

Yassin’s story is relevant in Argentina, not only because it is not very common to find stories in the local media where the Israeli army is portrayed in a positive way, but also — and most importantly — because of the connection between Yassin’s testimony and the 1994 bombing of the AMIA Jewish Center in Buenos Aires.

According to Yassin, Mughniyeh, the same man who tortured him and murdered his son, was the person that ordered the AMIA attack, as Hezbollah’s global operations chief. Yassin in fact states that he was there when the attack was ordered.

Even though this is probably not news for many Israelis, in Argentina his testimony is very important. In fact, Alberto Nisman (the federal prosecutor that conducted the AMIA case investigation for over ten years before being murdered in 2015) had accused Mughniyeh of being one of the masterminds of the bombing, and had even secured an Interpol red alert against him.

Mughniyeh, who is widely believed to have also participated in the planning of the 1992 bombing of the Israeli Embassy in Buenos Aires and a number of other terrorist attacks around the world, died in a car blast in Syria in 2008, so he will never be interrogated for his crimes. But Yassin’s testimony should serve as both a vindication of Nisman’s courageous work and a reminder of the dangers of Iran’s global terror activities.