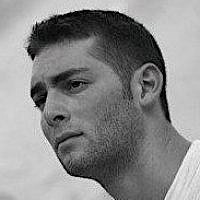 The Blogs
Eric Schorr
Intelligence & Security Analyst; former IDF officer
Apply for a Blog
Advertisement
Please note that the posts on The Blogs are contributed by third parties. The opinions, facts and any media content in them are presented solely by the authors, and neither The Times of Israel nor its partners assume any responsibility for them. Please contact us in case of abuse. In case of abuse,
Report this post.

First off, it has been quite a while since I have written for this blog. My last blog was back in January, when I wrote about the Israeli election and the victory of Yair Lapid’s Yesh Atid party. Since then a lot has happened in Israel and with the Israeli government…though some might say nothing has happened at all. But hey, that’s the nature of this country right? Constant battling, whether political or religious, or military, we are indeed a people in conflict.

Which brings me to my newest venture, at least for the next few weeks. There will be another “battle” taking place here in Israel, but this one, though it may sadden, upset, and break a few hearts, will be the good kind of conflict, that of warring sports players and teams, between athletic Jews from all around the world! (That’s not an oxymoron right?)

Next week will see the opening of the 2013 Maccabiah games here in Israel, being hosted at various locations around the country, with a myriad of sports. Everything from table tennis, to basketball, water polo, chess, and yes…even ice hockey. Now, why do I mention ice hockey specifically? Well there are a variety of reasons.

For one, I love hockey, having grown up with the sport back in Philadelphia (I am a diehard Philadelphia Flyers fan) with a deep appreciation fostered from an early age by my family, in particular by my father and grandfather. That isn’t to leave out the rest of my family of course, because the sport is deeply ingrained in the fabric of our family life. Many of my cousins grew up playing ice hockey, with some going on to play in college, one for his club team and another for her women’s team at a Division 1 school. My uncle and aunt (more on them in a bit) manage and promote junior ice hockey in and around Philadelphia and its suburbs, bringing the sport to communities that otherwise would have never had access to it in the past. And my brother, who like me had never really played as a kid, picked up the game and started skating in New York just a few years ago. Now he plays regularly with an adult team in the city.

But back to hockey in Israel. Why would anyone bring a sport, that is played primarily in cold places, like you know, Canada, to the Middle East, which is pretty much all desert and scorching hot. Where would you even build an ice rink? Who would even be interested? Well, as it turns out, there is in fact an ice rink in Israel, tucked all the way up north, in the furthest point you could probably go in this country, right on the border with Lebanon and Syria, in a small town called Metulla. It is there that the 2013 Maccabiah Ice Hockey games will be taking place, and it is there that the ice hockey players from places like the USA, Canada, Ukraine and even Israel will all converge next week. As for the why and who I’ll leave that to a future post.

Metula, a small town tucked in the very north of Israel. (Picture taken by Eric Schorr)

This post  though is simply an introduction to what I hope will be a short series on both ice hockey in Israel and the ice hockey tournament during Maccabiah 2013. My uncle and aunt, who I mentioned earlier, are actually the co-managers this year of Team USA Ice Hockey. This past Thursday they flew into Israel with a plane full of young Jewish ice hockey players from the United States, including my cousin. I went to the airport and greeted them, surrounded by hundreds of other Maccabiah players and coaches from the States from all those other sports I noted. They came off of three separate flights that somehow managed to come in all at the same time. It was sheer madness at Ben Gurion, but after everyone got grouped up, and their equipment was all loaded onto the buses, we got underway to the respective locations the players and staff would be housed over the next week leading up to the opening of the games. I had the privilege of joining the older group of players on that first bus ride out of the airport.

Now as someone who was deeply involved in Israel advocacy back in college, and who is a diehard hockey fan, having both my worlds collide is a special treat. One of the first questions I asked the guys on the bus was “Who has never been to Israel before?” More than half the guys raised their hands. What commenced was a barrage of questions aimed at me about everything from how much cabs cost, to what are the best nightclubs in Tel Aviv. (Was hilarious when they kept asking me about Clara because apparently the El Al pilot told them before they got off the plane that it was the best place to go…).

They also asked me about moving to Israel. Being able to share with these guys my story, about why I came to this country and what I love most about Israel…and of course about how I deal with not being able to go to Flyers games in person anymore, was actually amazing. Having never gone or staffed on Birthright, I’m beginning to understand just how special those types of trips are. It made me think about the first time I came to Israel, and about how that memory of excitement and newness sometimes gets overwhelmed and buried by the day to day grind of existence here.

Eventually we got to the main Maccabiah village, unloaded the buses and got everyone settled. All the players, from many of the sports, were already in training gear to get a head start on being prepared and ready for the athletic competition that will begin this upcoming week. I noticed the basketball players first, many of them towering over me, some by what seemed like almost a foot (and I’m generously measured at 5″8). Seriously…I didn’t know they made Jews that tall…

I also had the real honor of meeting Dave Blackburn, the hall-of-fame softball pitcher whose story was beautifully written by Aaron Kalman two weeks ago. All in all it was really amazing seeing all these Jews coming together to celebrate their athletic ability and have fun playing the sports they love.

Like I said earlier, this will hopefully be the first in a series of posts. Look out over the next two weeks for more on ice hockey in Israel and ice hockey during Maccabiah 2013.

About the Author
Captain Eric J. Schorr (res.) served in the Israel Defense Forces from 2014 to 2019 as a lone soldier and officer in intelligence and operations. Prior to his service in the IDF, Eric earned a Master’s degree in Counter Terrorism & Homeland Security from Reichman University (formerly the Interdisciplinary Center) in Herziliya, Israel and two Bachelor’s degrees, one in Middle Eastern Studies & Arabic, and the other in Modern Jewish Studies & Hebrew, from Columbia University and The Jewish Theological Seminary respectively. Eric resides outside Los Angeles with his wife and daughter, where he works in intelligence and security analysis in the technology sector.
Related Topics
Related Posts
Comments