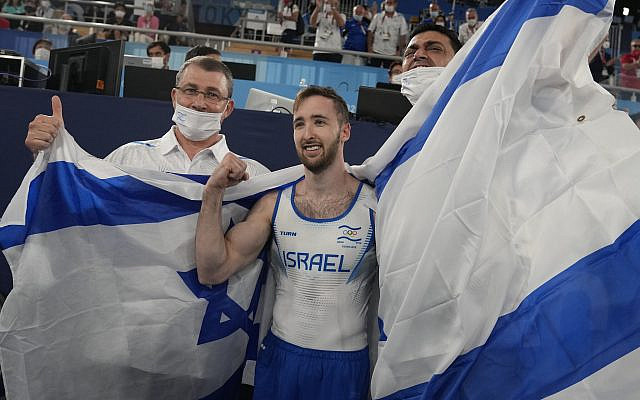 Artem Dolgopyat of Israel celebrates after winning the gold medal on the floor exercise in the artistic gymnastics men's final at the 2020 Summer Olympics, on August 1, 2021, in Tokyo. (AP Photo/ Natacha Pisarenko)

According to the Times of Israel’s Podcast, the gymnastic gold medalist, Artem Dolgopyat, only the second person to ever win a gold medal for the country, cannot get married in Israel. But that’s not entirely true. According to an interview done by 103FM, Dolgopyat’s mother is not Jewish but his father is. The Times attributed Dolgopyat’s quandary to the lack of civil marriage in Israel and that the Rabbinate will only marry two Jewish people. Although as an Orthodox rabbi, I too will not perform intermarriage, that isn’t where the story ends.

Artem Dolgopyat is a case of Zera Yisrael, meaning he comes from a Jewish line but is not Halachically Jewish. The Rabbinate has traditionally treated these individuals the same as someone who’s born to two non-Jewish parents and the conversion process is long and arduous (as most things are with the Rabbinate). But these people should not be treated as though they have no connection to the Jewish people, especially in Israel.

When someone like Artem Dolgopyat has grown up his entire life as a Jew and as an Israeli, the nuts and bolts of Judaism are part of his cultural upbringing. For this reason alone, the process for conversion should be substantially shortened. These men and women know about Judaism, the holidays, and most importantly what it means to throw their lot in with the Jewish people. They’ve served in the IDF and feel Jewish in their essence. It’s high time that we treated them that way.

I am far from the only person making this claim. Rav Chaim Amsalem is one of the most vocal proponents for bringing Zera Yisrael into the fold. His organization aptly entitled Zera Yisrael, following in the Sephardic tradition, works tirelessly to change rabbinic opinion and convert both parents and children of mixed marriages. He correctly writes that the strict practices of the Rabbinate are causing assimilation and we need to make it easier for people to become full-fledged members of our community.

For some time now, I’ve served on an independent Beit Din that has no connection to the Rabbinate. We convert men and women such as these on an expedited basis; the reason for this is obvious. These Israelis, for all intents and purposes, are Jewish. Some may not even know they are not halachically Jewish until much later in life. When they come before our Beit Din we tell them that they have a Jewish soul but this process is a legal technicality that has to be done to make it official.

Many of our converts come to our Beit Din so they can get married. It brings me immense joy to help these people become officially Jewish and marry their b’shert (soulmate) in the most meaningful and stress-free way possible. The road to Judaism should not be one of pain and bureaucracy. We should do our best to welcome all who want to become part of the Jewish people with open arms, but especially those who have lived as Jews their entire lives.

So Artem Dolgopyat, even if you weren’t an Olympic gold medalist, our Beit Din would be happy to convert you, and I’d be honored to officiate at your wedding.

Hayim Leiter, an Efrat-based rabbi, wedding officiant, and mohel, who performs Britot all over the world and is the founder of Magen HaBrit, an organization protecting both Brit Milah and the children who undergo it. 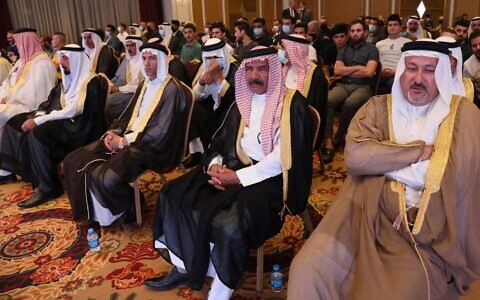 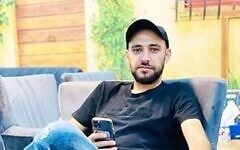 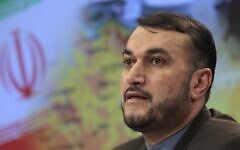