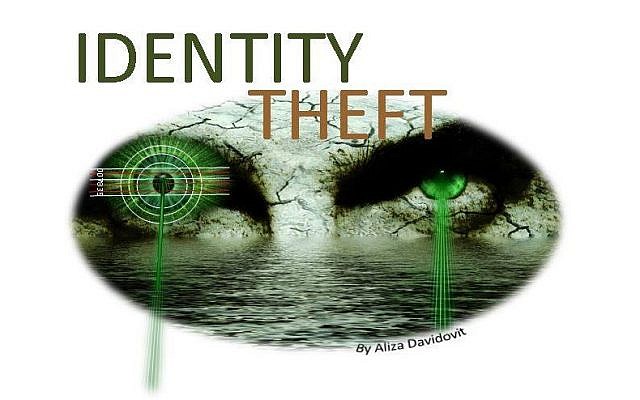 "Jealousy, lust and the [pursuit of] honor remove a person from the world.” (Pirkei Avot 4:21)

I don’t anticipate much resistance to the claim that we all talk incessantly about our lives.  But I don’t expect such ease of acceptance when I posit that our lives talk a lot about us too. In fact, everything that happens to us is actually our lives talking back.  Some call it karma; in Judaism we call it middah kneged middah, meaning measure-for-measure, a precise spiritual retribution that manifests itself in the physical realm. However, seeing that there is nary a prophet among us, we can’t always really know why certain events happen to us. But that doesn’t mean we can’t engage in introspection or seek council from learned rabbis. And so, when I was informed by the superintendent in my building that my entire bookshelf collapsed while I was out of town, my heart sunk. I felt as if my life was talking to me, for those bookshelves were not hosting romances and intrigue novels, but all my holy Jewish books. Odd, from all the things that could go wrong in an apartment left unattended for so long–plumbing, leaks, infestations–that was the only thing wrong. My first instinct, being the self-recriminator that I am and finding this out just after Yom Kippur, was to ask, “What have I done wrong?”  My own search populated too many answers and too many excuses, so I decided to turn to one of the many rabbis I admire.

Here was his answer: “There’s a lot to be said regarding such holy books that fall. For one, is anyone really using them or have they become a furniture piece? And second, are we following all the things we know about which are stated in them? One way or the other, the Torah doesn’t fall unless HaShem is allowing it to happen in order to get a person to do teshuva.”

The rabbi was right. For one, since my mother became sick and her wellbeing became my priority, my books had become “furniture.” I hadn’t lost faith, but I lost energy. Her sickness knocked the wind out of me perhaps making room for an upgraded spirit. Prior to her illness, I had been writing blogs about the weekly Torah portion since my university days where they were often published in the Chabad newspaper and later online.  Perhaps they helped no one–I pray they did–but they always refined me. So undoubtedly, my books, my sources of inspiration and I missed each other. And so, if my hand was not reaching for them as in days gone by, then by God’s mercy, they had reached out to me.

When I returned home to a restored bookshelf and books which looked none the worse for scare, I was relieved that all were intact and undamaged–except for one. The very book that inspired me to begin writing over 30 years ago, one I had received as a gift and never looked at until years later. I remember a line from the movie The Hurricane which I saw a long time ago wherein one of the main characters says, “You don’t find books, they find you.” After being found by this book, I always felt it to be true.

I was grateful that the only injury my book sustained was that the hard cover separated from its spine. The pages were very soft and almost unmanageable like melted butter in my hands. The name of the book: The Call of the Torah. My life wasn’t just talking—it was calling. For the next few Shabbats I read the Torah portion from that book always intending to fix it, but somehow as the week passed, I kept forgetting until the next Shabbat when it melted in my hands once again. (It cannot be repaired on Shabbat.) Then one day, abruptly out of nowhere, with no chain of events to give it cause, I developed an excruciating backache that kept me in bed for days and had me walking with a seriously humbling posture. I had a strong feeling I knew the source.  Immediately I contacted a Torah scribe I know and asked if any glue was permissible to fix my book, or if it had to be kosher. I fixed the book and within a day my own spine too was better.  Following that, I began to write my Torah blogs again.

Yes, I believe my books were talking to me. God gave me a talent to use in His service and to squander that talent is to defy God and the faith He has in me. And the same goes for you and your talents. Every morning upon waking, before taking a single step out of bed, we say a prayer to God thanking Him for restoring our souls and for having great faith in us. So please make no mistake, I’m not posturing myself as a chosen one, we are all chosen, you with your strengths and me with mine. And in today’s times, where antisemitism is rampant, and Jews are abandoning Torah like a ship going under–not realizing that its teachings are the very life vests themselves–I heard the call of the Torah as clear as the horn that will sound with the coming of the Messiah.

So, this will be my third blog after a long hiatus and that is why I am having such a hard time getting to the point. Satan knows that permanence is established when an event repeats itself three times. That is why I am well over 900 words and I have not yet told you what this article is all about. It’s about jealousy. It’s about all of us trying to be what we are not because we are jealous of others. We try to live “their” lives instead of our own. By feigning such postures we become like failed Queen Esthers who flout our opportunities and decide not to use everything God gave us to fulfill our own purpose and His will, and so we perish.[i]

Maybe we don’t literally drop dead on the spot, and maybe we will, God forbid, but we in essence kill off who we are as unique souls with unique missions. We are so busy with identity theft in the sense that we want to live the lives of others, look like another, walk and talk like them, dress like them, spend like them, that we become impostors, when our real very special selves are being smothered to death. In effect, we are really committing suicide and like aliens assuming others’ identities. But make no mistake about it. We will always be the cheap wannabee knock off. All the while we feign living their life, thinking we’re living the “high life,” when in fact we are just a “lowlife”; for coveting is the biggest sin of all the Ten Commandments because it leads to the violation of all the others. If you envy you will eventually lie, cheat, steal, kill, betray, etc….

The rabbis teach that the only thing we are allowed to envy in another is their knowledge of Torah. Every other thing they have is uniquely theirs by Divine design. To covet is your way of telling God He doesn’t know what He’s doing? And I take it you know better. Certainly you have your long list of why you are more deserving of having that which you covet. Your smarter, better looking, nicer, know what to do with it, need it more, etc. I promise you that getting what you covet can often be a curse. As they say, “Be careful what you wish for.” Your envious eye glamorizes the objects of your desire. You covet your neighbor because your view is framed by ignorance. Know his full lot, understand his full package and you may soon find yourself pitying your neighbor instead. But most importantly, just mind your own business and be busy being you.

Jealousy/coveting never ends well. In fact, the Talmud teaches, “That anyone who places his eyes on that which is not his is not given what he desires, and that which he had is taken from him.”  The rabbis teach that upon creation, the moon was envious of the sun and questioned why the sky needed two great luminaries, and so God diminished the light of the moon; Cain envied Abel’s sacrifice to God and as a result he was cursed by God; the primordial snake which once talked and walked, envied Adam’s relationship with Eve, with the result that God punished him and made him crawl the earth, eat dirt and caused hatred between him and the woman; Korach, Moses’s cousin, envied Moses and Aharon and struck up a rebellion; the earth opened and swallowed him. And make no mistake about it, the moon, Cain, the snake and Korach each had tremendous potential and talents and each had great destinies of their own if they would have been busy being the best versions of themselves instead of trying to be someone else.

Green is not a flattering color for a complexion and jealousy is plain out unhealthy: You eat yourself up alive in this life and it “rots your bones” in the next, says The Book of Proverbs.

Put your ear to YOUR life and hear your own calling.  When you do you will find that you have less to grumble about regarding your life and your life will only have words of praise to say about you. Keep in mind that upon judgment day we will not be asked why we weren’t as good as Moses, or Abraham or Isaac (or your neighbor) but rather we will be asked, “Why weren’t you as good as YOU could have  been?” Enough with identity theft! It will be pretty sad when one day your own life story will be played before your eyes and you are not even in it.

[i] “For if you remain silent at this time, relief and rescue will arise for the Jews from elsewhere, and you and your father’s household will perish….” (Book of Esther 4:14)